Recently, I have written a lot about the problems we face in a Nigerian economy of today and I also wrote about the ways we can tackle this problems by creating streams of income and gaining high paying skills. The most exciting thing of it all is the fact that I have fallen in love with writing articles like this, so in this new article I will talk about MONEY, MONEY, MONEY, which was inspired by my friend @rubido and I am sure is not a strange topic or word to anyone. Even the holy bible has referred to it as the root of all evil but that will not be my main focus. I am going to focus on the act of spending money and the feeling that comes with having money in your possession, coming from a Nigerian perspective. Also this article is a series of two parts. The first part which happens to be this one, will focus on the negative impact money can have on an individual's behaviour most especially Nigerians. While the later article will talk about the positive impact of having money in your arsenal. 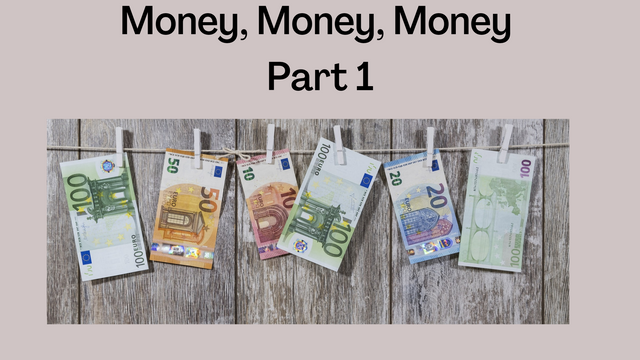 According to the Oxford Dictionary, money can be defined as a medium of exchange in the form of coins and banknotes; coins and banknotes collectively. This simply refers to a medium that can be offered in exchange for a goods or service, this could be Fiat (a currency note backed by a country's government), Cryptocurrency, Stocks, Gold and others. Initially, before the advent of the term money, the olden days form of conducting commercial activity was through a means known as TRADE BY BARTER. This is a commercial process of offering substance of value in exchange for another thing. For instance, if an individual wants beans from his neighbour who has beans but lacks rice, the individual will simply offer rice and in return get beans. This used to be the way of conducting business in the olden days but it gradually became insignificant because people started to find it hard to offer something, since most people had the same thing in their possession. It was also hard to equate the value of a particular item in comparsion to the item being offered for exchange. All these led to the downfall of trade by barter and the emergence of the term "MONEY".

The Negative Impact of Money on an Individual's Behaviour 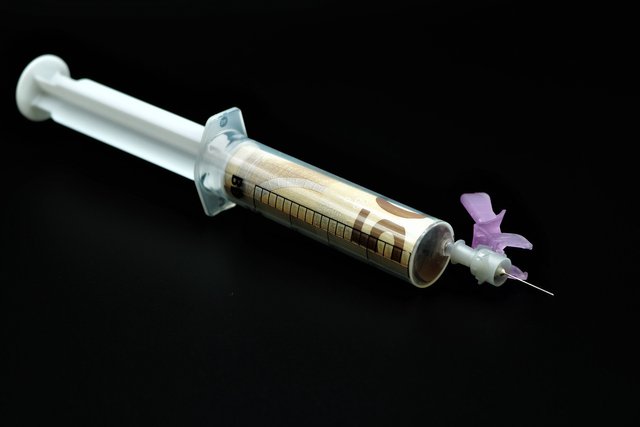 Image by Canceius From Pixabay

Money as of today has become very vital because of the essential role it plays in our daily life even without our notice. If you want the basic things for your survival like food, cloth and shelter, you find out money is what makes these things available within your reach. In business and life, money has become the major source of determining how successful a person is, compared to another. So one can see the vital role money plays, but this has led to the rising need to make money by all means, which can be a positive motivator with the right mindset, but with the wrong mindset it will lead to an increase in social vices most especially amongst the youth. Just as @josediccus made mention in his post The Problem With Having Money ,

there is money insecurity among those who have it and those who don't, which pushes them to make more. Pressure from society and Peer Pressure.

As humans, we are all familiar with the saying " money makes the world go round" which means the amount of money in your possession determines how you can make things happen in our society of day. You gain respect, prestige, favours and even fake loyalty because of the size of your bank balance. This has made it easy for society to care less for the actual source of the money and the worst of it all, peer groups no longer worry about the source of the wealth as long as they gain a chance at spending from it. Thereby leading to the emergence of Internet Scamming, which is gradually stealing youthful minds away from the right part. You will find youthful minds indulging in cybercrimes with their laptops just to show off high social class by bursting expensive drinks and even paying ridiculous price for bottled water, which I have witnessed on several occasions.

As a Nigerian living in a bad economy where we can only hope for a miracle, According to @taskmaster4450le view on Nigeria, he said;

If the country can get itself in order, Nigeria could become a major player by the end of the century.
It has to do a lot of housecleaning first.

The truth is, it can only take a miracle.
it is quite justifiable why we tend to look for the next lucrative trend inorder to meet end means, but when this energy and determination are not properly chanelled, it can become a massive tool for social vices.

The Negative Impact Of Money In The Chess World

Image by Geralt From Pixabay

I love chess and I have played professional chess at junior levels. In the world of chess where money is vital to push a chess player's career to the next level by providing trainers, materials, gadjets, registering in prestigious tournaments and other good things money can provide. Rather it has become a tool that is being used to disregard hard work and persistence. Now people can pay for game wins and get glorious titles without putting in the hard work, but here is the ugly truth that these people fail to realise that talent will always show and effort is always felt. 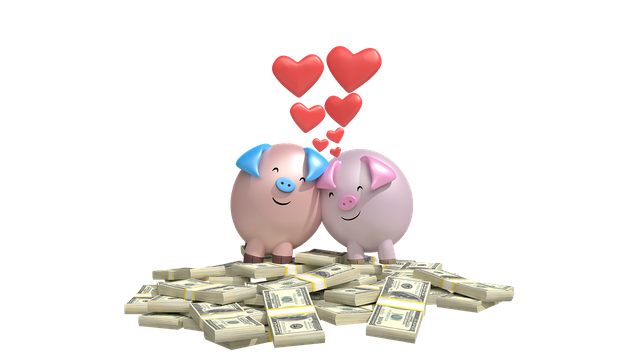 Image by QuinceCreative From Pixabay

Sometimes having money makes it even more difficult to know who is loyal and loving to you. This is because a person with money will always get a lot of ass-wiping from different people, which means they will always tell you YES and never challenge your opinions even when it might be wrong just because they do not want to lose the beneficial benefits they gain from you. It is even more difficult when it comes to love because you will always tackle with the question "will the person still love me even if when I am penniless".

These are some of the negative impact money can have on a Nigerian and it is factual to know that most of these impacts are actually relatable to various individuals from different parts of the continent. But do not be deceived to think that having money is not significant because it is and you will find out the reasons why in the second part of this article. 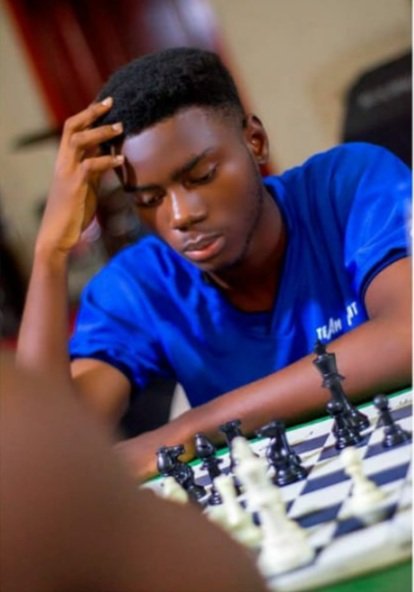 I am @samostically,I love to talk and write about chess because i benefited alot from playing chess.sometimes i share my thoughts on life in general.I love to engage with others and i love communication.I believe life is all about staying happy and maintaining peace.

The Image sources used in this article have been stated. Designs were done using canva

Ho Ho Ho! @samostically, one of your Hive friends wishes you a Merry Christmas and asked us to give you a new badge!

To find out who wanted you to receive this special gift, click here!

Definitely the truth sadly. I've always been more interested in effort and development than the financial gains in any situation. Strangely enough I have been lucky that I found with persistence and effort enough money to survive came my way.

Not to mention I love bartering 🤣

Keep playing chess, it's a beautiful game. I'm not very good but my half brother used to play all over the US in the late 90s. He said exactly the same thing, competitions were often paid and decided before any pieces moved on the board.

Thank you for your well detailed comment. I kept smiling all through. I didn't know what to reply so i slept off and I'm back here now.

Hahahaha , I did that only for mobile phones but sometimes the trade still involved a little money. I'm happy to hear you've lived comfortably. Not luck ooo, you wanted persistence, you grinded!

My destiny is linked hahahahaha. I don't play actively anymore as I have to live in the reality of survival. However, Chess helps with some of the connections and opportunities i get to survive.

Thanks for stopping by. !PIZZA !giphy thank you

As a Nigerian, I can totally relate. Thanks for sharing.

Hmmm. This is nice buddy and you really said well.. money they say is the root of all evil but life without money is worthless. Money is not really everything tho but it's good to have money.. it's true you said.. when you even have money sometimes, you won't know who loves you truly and it might be hard for you to find one. Sometimes when you have money some will think it's because you have money that is why you are behaving the way you do. One love Man.

Yes, you're spot on brother.

Thanks for stopping by. !PIZZA

You are welcome... And thanks for sharing this educative post.

Well said dear friend...the part that got me cracked up is that of the love...you can constantly get a NO from ladies you admire just because you don't have this money we're talking about...it also means a guy who is rich but bad can have a girl who is good but under financial pressure. The struggle for a better community continues.😀May God help us in Nigeria.

It took me this long to finally read this. It has been on my tab in the last three days. I couldn't close it because I promised I would come around and read it.

You have said it all. Money makes us do terrible things especially Nigerian. I know the sort of things I have heard people do for money.

Guys take the technical part like cybercrime. The ladies take the simple ones like prostituting or smuggling cocaines. All in all, the end goal is to make end meets.

The Almighty will save my country. We have tons of talents here. And those ones we channels to the wrong places, if we did channelled it to the right ways, my country would be the envy of everyone.

I am shocked to hear that Money infiltrates the game of chess too. Wow. The Almighty game of chess, upon which all our life actions depends on. That's shocking. However, you are right, talent and efforts will always be felt.

@samostically, thanks for the wonderful read.

Yes my friend. It's difficult in Nigeria. Even peer pressure is a reason too. Nigeria still has a long way to go hahaha. Thanks for stopping by. !PIZZA

Nigeria still has a long way to go hahaha

We'll definitely get there 😔

Fiat currency, is not money imo.