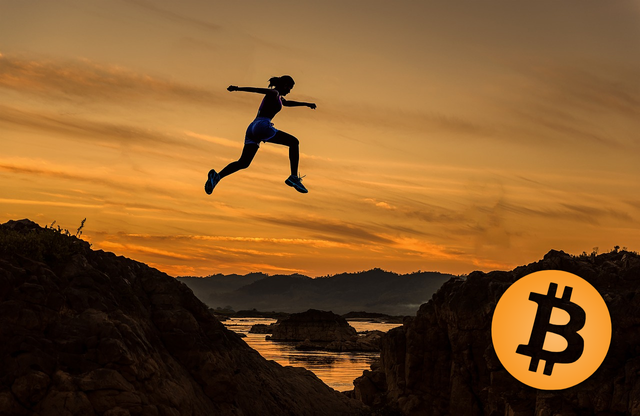 Regardless of bullish patterns, sentiment or dynamics, a flash crash has a way of arriving on the scene at just the wrong time. When everything appears to be steady and the price is consistently climbing, get ready for a notorious Bitcoin dump! This is just the way it is and even if flash crashes turn out to be not as severe as past cycles, they will still be significant enough to liquidate leverage traders and surprise the market. This is one of the reasons why I advocate holding cash on the side throughout a bull market because you may not be able to predict the next flash crash but you can open a reactionary position after it takes place. Simply buying at lower levels after a flash crash will indeed be profitable, especially during a bull market but there is a way to increase these gains.

Many traders avoid leverage trading due to the inherent risk of being liquidated. There is however a way to gain leveraged exposure while significantly reducing the risk and that is through the use of FTX BULL and BEAR tokens. If you are able to accurately predict a crash, the BEAR tokens are perfect but I am not that big on shorting, especially in a bull market, so I will address the BULL tokens.

If you have been keeping an eye on the largest movers on Coingecko, you would have noticed the FTX bull tokens popping up on a regular basis. That is because these tokens are 3x the daily price movement of whatever coin they represent. For instance, the BTC BULL token would function as follows: If the BTC price is up by 5%, then the BTC BULL token will effectively be up by 15%. This would obviously be evident in a negative move as well, in that a 5% drop would imply a 15% drop in value of the BULL token. 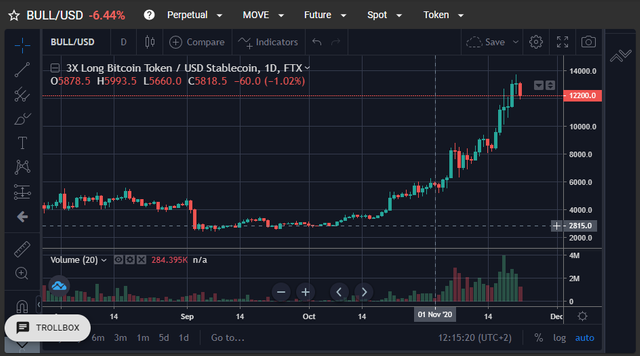 Looking at the graph above it becomes pretty clear how powerful these tokens can be when bought at the correct time. The BTC BULL token was valued at $2815 in the first week of October and rose to almost $14000 yesterday. That is almost 400% in a matter of approximately 5 weeks! My strategy is to buy these tokens after a significant dump and catapult my gains in a very short amount of time. The tokens reset every 24 hours and so the likeliness of an actual liquidation taking place is almost impossible, as the token would just continue to depreciate in a very bearish trend.

Due to the fact that these tokens are already leveraged it becomes unnecessary to trade alt BULL tokens and makes more sense to trade the BTC BULL token in order to maximize gain and reduce downside risk. Ethereum is most likely a good option as well but definitely after a significant dump, as ETH can be a little intense at times. 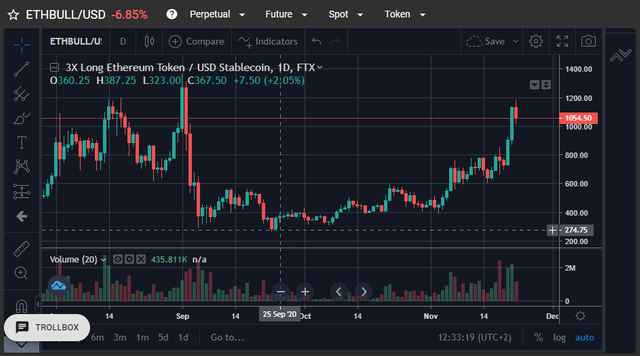 Looking at the performance of the ETH BULL token, it is not as powerful as the BTC BULL but is still very high in comparison to the actual price appreciation of ETH. It is quite likely that there will be some significant retracements now among the BULL tokens but that could actually be the beginning stages of a new setup.

Please do not consider this as investment advice but rather informative entertainment. Do your own research, or alternatively consult a professional if necessary.