Hive engine tokens are much more precious to all of us on Hive than those shit coins we see on exchanges and those that are talked about on some telegram groups which people pump and dumb to get profit.

Hive engine tokens such as Leo, Neoxag, Dec, Bro, Sim, and some of the new coins such as Utopis and precious costly ones like the Splinterlands packs are better to invest in, in my opinion. That is if you want to have a use case for your investment than just make a quick dime. 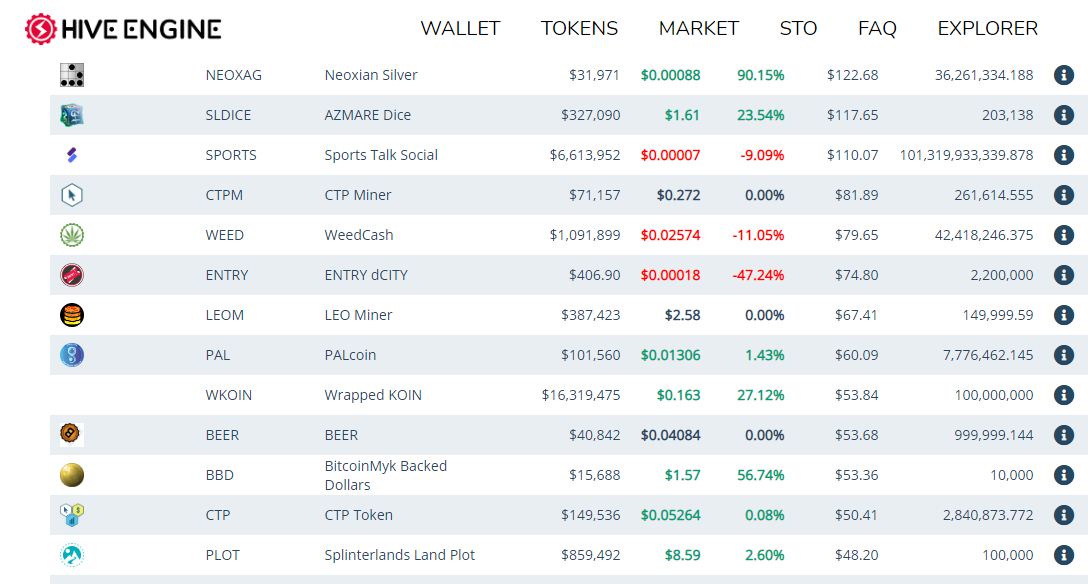 I decided to invest in Hive engine tokens after hearing Ray, Khan, and Doc talk about it with so much interest.

Leo is now the pride of Hive. It is a project that has become so successful and most probably in the near future, Hive will be known because of Leo.

Have you invested in Hive engine tokens?

If so, in what all tokens have you invested in?

Do you think it is better to invest Hive in such tokens than sending those to exchanges to sell?

As a splinterlands player, I usually use the hive to buy credits or tokens.

Do you feel Hive Engine is a great initiative?

Please do write about it and spread awareness.