Mr. Cuban, You are Officially a Crypto Investor After Getting Rug Pulled on TITAN.

The latest hoopla in the crypto defi space is the TITAN rug pull, that TITAN is denying is a rug pull and calling it a "bank run."

Regardless of how its spun, people lost $$$ and Mark Cuban was one of them.

According to the decrypt article: 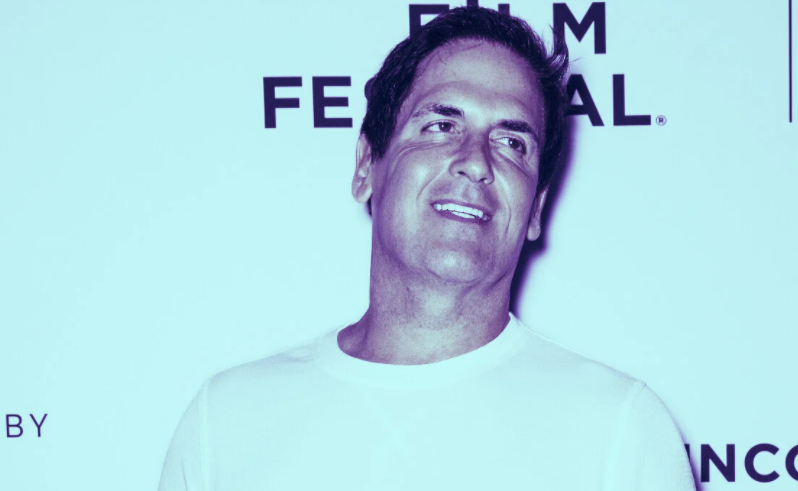 When it comes to losing money, people always want someone to blame and apparently some folks to a shot at suggestion he was in on it: 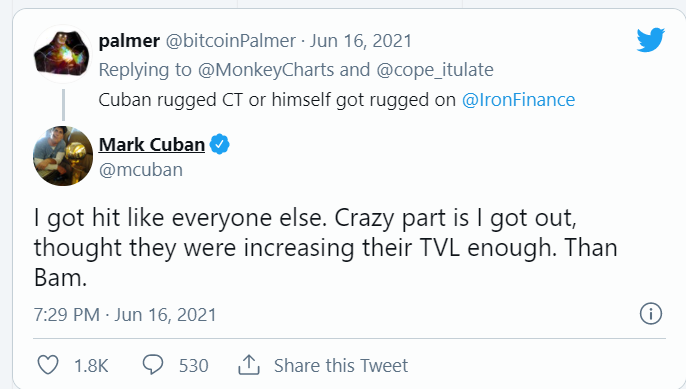 Have to give that twitter gentleman credit, at least he got Cuban's attention.

For those that are not familiar with Iron Finance:

Iron Finance is (or a I guess was) a DeFi project that issues a partially collateralized algorithmic stablecoin called IRON.

TITAN is the governance token that backed IRON. This is the coin that dropped to basically zero due to the rug pull or "bank run"

The Iron Finance team did announce yesterday that all users should pull liquidity, this likely added to the rush to the exits.

To read the full article referencing Mark Cuban and Iron Finance use the below link:

This is why I love the house of Cubdefi.com. Their floors don't have rugs. Wood plank only :-)