Cryptocurrency Projects Thorchain and Blocknet: Understanding the significance of atomic swaps in the evolution of decentralized cryptocurrency exchanges

If you have been a member of Leofinance around for a while you have seen articles written by our leader @khaleekazi on the cryptocurrency project Thorchain, and hopefully you have seen a few articles written by me on Blocknet. Both projects are focused on atomic swaps as an improvement in the decentralized exchange of cryptocurrencies between individuals. I think now is a good time to review the projects Thorchain and Blocknet, and see why @khaleekazi, @onealfa, myself and others are excited about these projects.

Liquidity or lack there of....
One of the challenges of launching your coin on Uniswap, which is a decentralized exchange or Abbreviated as DEX is liquidity. Even if you have the knowledge and skills to create an ERC token for your favorite cryptocurrency token, and you have enough money to create a trading pair with Ethereum. You still need Liquidity to attract attention and make your trading pair successful. Let me be blunt, people need a reason to want to trade your coin! That means incentives. People need to think your cryptocurrrncy token will increase in price, or that they will earn Ethereum from transaction fees. So traders are attracted to large liquidity pools with large numbers of transactions generating fees. So you need either a community of investors like Leofinance and a community owner to invest large amounts of Leo and Ethereum in the Liquidity pool to build it up, so both big and small investors can come and buy tokens and contribute. Wrapped Leo was a successful trading pair on Uniswap because of the plan to provide Liquidity and other incentives.

Unfortunately most trading pairs on DEX’s have a couple thousand dollars of Liquidity. They generate 10-20 dollars of fees on good days. As you can deduce investors aren’t interested. If you look at Uniswap, or JustSwap there are many tiny trading pairs, which are essentially failed projects.

However both Thorchain and Blocknet create a solution. If your looking for large numbers of tokens to provide liquidity, one place to go is the blockchain. If you want to find Ethereum, you go to the Ethereum blockchain. There are billions of dollars worth of Ethereum in various applications on Ethereum and thousands of Ethereum wallets containing Ethereum. If you can connect to all these wallets connected to the blockchain, and trade wallet to wallet, you suddenly have unlimited amounts of Ethereum and your liquidity problem is solved. This is one of the potentials of atomic swaps and what I call DISTRIBUTED Atomic swaps, swaps which don’t occur in one location, but instead swaps which occur all over the universe of cryptocurrency. Instead of the tokens coming to the exchange, the exchange comes to the tokens. It makes perfect sense that the largest number of Ethereum tokens are in Ethereum wallets and Ethereum blockchain applications, controlled by a large number of potential traders, which is the very definition of Liquidity a large number of tokens and a large number of buyers and sellers.

Safety and Security of your tokens

Additionally, decentralized exchanges give you better control over your assets traded, but still have trade offs, such as the wrapping process to create an ERC Token, you trade your real token for an ERC Token, which represents your token in trades on the decentralized exchange. This token is held for you, by a trusted individual may hold your tokens in a hot wallet. Which can be broken into by specialized thieves called hackers, who steal your tokens, or in a worst case scenario the trusted individual disappears with your cryptocurrency. I say these things not to disparage trusted entities or the wrapping process. I say them so you understand your vulnerabilities. One of the great things about participating in a robust community with well know and trusted individuals is the safety of your investment. But when you invest in projects where you don’t know the community or the trusted individual you need to understand the risks. Ignorance of these risks has resulted in investors being scammed or robbed of their hard earned cryptocurrency.

Instead of you going to Binance or Bittrex to swap or exchange your Leo token for Ethereum, the exchange, in the form of a mobile atomic swap mechanism comes to your blockchain, creates an access point containing a buyers Leo wallet and a buyers Ethereum wallet.

The exchange or swap of cryptocurrency tokens is Trustless” in that you don’t have to trust the other person, the smart contract looks at the trade you initiated as seller, confirms that the trade was accepted by the buyer, then the smart contract verifies that each of you have the appropriate wallets connected to the atomic swap access point and then swaps the tokens from your wallets. It moves your Leo from your wallet to the buyers LEO wallet. It then moves the buyers Ethereum from the buyers Ethereum wallet to your Ethereum wallet. You don’t give an exchange or trusted individual your tokens and trust them to do the right thing. You don’t sent your cryptocurrency to the buyers wallet and then trust them to send you their cryptocurrency. This requires no trust in the other party. The code swaps the tokens at the same time. It’s trustless.

The last issue I will discus is diversity of trading choices. If you have read this far, you probably understand or can guess at the solution to this problem. So we know it usually costs money to be listed on centralized exchanges, and your token needs to maintain a large trading volume, otherwise the exchange doesn’t make money and delists your coin. The issue with decentralized exchanges or DEXs is that you usually have to create an ERC Token and create a swap mechanism, a trusted partner and you need investment capitol to create liquidity. These require expertise and money, so it limits the number of coins traded on decentralized exchanges.

The projects Thorchain and Blocknet solve this issue the same way they solve the Liquidity issue, by creating trading or swapping access points on blockchains throughout the cryptocurrency universe. They don’t create diversity by collecting tokens in one location, they create diversity by going to multiple blockchains. As an example, Blocknet current is integrated with over 100 cryptocurrency blockchains. Thus atomic swaps brings one solution to the problem of diversity of tokens to swap on centralized or decentralized exchanges.

So we have discussed how #atomic-swaps or #distributed-atomic-swaps as I like to call them, as utilized by Thorchain and Blocknet have created solutions to the issues of centralization, liquidity, security and diversity of token choice. While the two projects operate in different ways, they have atomic swaps and distribution of trading access points in common. I think these projects have great potential to improve the strength, security and volume of trading and commerce in the cryptocurrency world by providing safer infrastructure for cryptocurrency financial commerce.

This thought reminds me of perhaps the biggest legacy of the ancient Roman Empire, the roads they built. The Roman Empire connected all its conquered provinces by roads, and all roads led to Rome. The wars of conquest were terrible indeed, but the roads they built caused trading and commerce to flourish. These roads are thought to have been responsible for the Golden Age of Roman; characterized by huge increases in commerce and wealth throughout the Roman Empire. I think atomic swaps have the potential to usher in a similar golden age, and to me all roads will one day lead to atomic swaps.

Title: Cryptocurrency Projects Thorchain and Blocknet: Understanding the significance of atomic swaps in the evolution of decentralized cryptocurrency exchanges 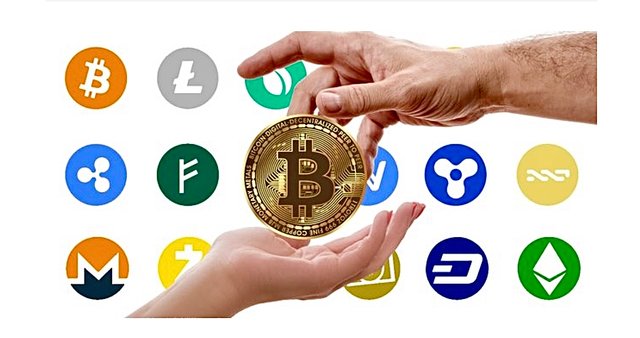