Cubfinance: A Six Minute Review: who, what, when, where and why. 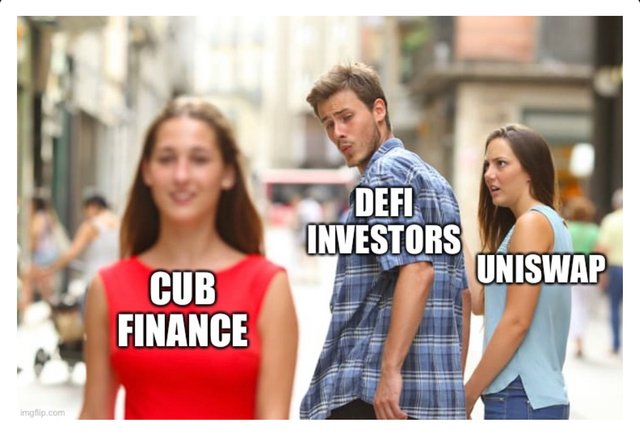 This is also my entry in a contest
#CubContest link 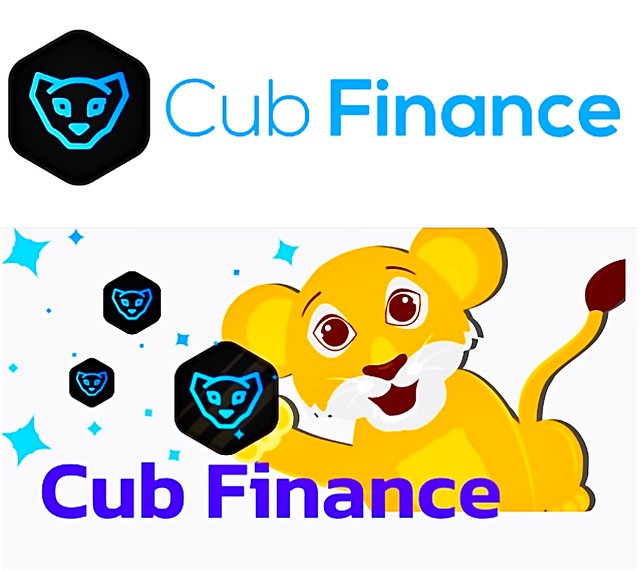 Created by Leofinance Blogging Community founder @khaleelkazi and his developer team, and which was audited by CertiK a smart contract audit company.

Cubfinance is a decentralized finance application on the Binance Smart Chain.

It allows you to earn a cryptocurrency token called Cub, which is currently worth $2.80 USD.

Staking means you deposit BTC, ETH, Cub or other selections in a smart contract where you earn interest, paid in Cub. Current interest rates are 100%-250% APR.

Yield Farming means you deposit two assets in unit amounts which are equivalent to a equal dollar value. [one unit of a two dollar value asset and two units of a one dollar value asset.]. This earns you a smart contract determined number of LP tokens. Which you then deposit in a Farm, and earn Cub tokens. Current APR 200% to 500%.

Cubfinance is 18 days old, while the parent company and community Leofinance is 2 years old.

Cubfinance is on Binance Smart Chain, a sidechain of Binance Mainchain.

I believe that the founder @khaleelkazi sought to create greater value for the community token, by trading it on a bigger exchange called Uniswap, a DeFi trading platform on the Ethereum blockchain. So he created a cross blockchain trading bridge from Ethereum to Leofinance, on Hive. Concurrently he also created a way for cryptocurrency enthusiasts to share their financial knowledge on Leofinance. So they could earn cryptocurrency by being social media content producers, as well as by trading cryptocurrency.

Soon thereafter a big shift occurred in the Cryptocurrency DeFi landscape. Ethereum’s issues with scaling, transaction speed and transaction costs began to force smaller cryptocurrency traders and investors to leave Ethereum block chain based DeFi applications. These smaller traders migrated to Binance Smart Chain, to take advantage of cloned applications, which were very similar to popular Ethereum blockchain applications. In time larger investors soon followed them and the total value of USD locked in smart contracts on Binance Smart Chain grew to be as large as the value on the Ethereum blockchain.

It was at this time that I believe that the creator of Leofinance, @khaleelkazi decided to create a second cross blockchain trading opportunity for the Leofinance and Hive community of investors. Which connected their blockchain Hive to the Binance Smart Chain, so the community members could access the financial opportunities of DeFi there. However, due to direct experience with the theft of cryptocurrency tokens by highly trained and skilled hackers, and due to the continued occurrence of theft by platform creators, rogue developers and these highly trained hackers, @khaleelkazi decided to create a DeFi platform himself, with his developer team, which would be benefit from lessons learned from prior thefts and be audited by companies whose developers specialized in inspecting code for vulnerabilities to theft. This project became Cubfinance.

Cubfinance thus was born, as the first Tri-blockchain trading platform, where the DeFi application code was meant to not only offer DeFi investment strategies, but the application would offer an state of the art ease of use feature called a cross blockchain bridge. This would allow traders to easily move capitol from Ethereum blockchain to Hive blockchain, and to Binance Smart Chain, in a single transaction, with a single click.
This amazing simplification of a complex process, which combined about six transactions, and significant technical difficulties is hidden from the user by a very simple one click interface. This simplicity allows the investor to focus on the investing and not the logistics of moving capitol, to take advantage of market conditions to profit. It also opens the door to more investors by making investment less dependent on technological prowess.

I believe the founder is a visionary, who is also a doer...a rare combination. And this concept is revolutionary, with its unique placement on a third blockchain, in between the two largest concentrations of capitol in the DeFi universe, with nearly 22 billion dollars USD between them, is an embryonic investment opportunity which has huge potential profits for its early investors.

So everyday, thousands, if not millions of tokens move around the various DeFi applications on each blockchain Ethereum and Binance Smart Chain, and between these two blockchains via very complicated processes. But the Leobridge on Cubfinance allows a simplified method to move money, and Cubfinance provides high APRs and simplified investing, in audited contracts with more security, from founders and developers with names and faces on their product.

So you now know, why I think Cubfinance is going to be big.

Penned by my hand @shortsegments 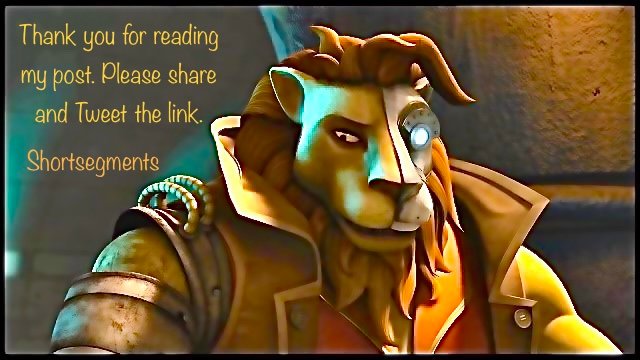