I was pondering the last several Leofinance daily updates by @khaleelkazi and the last couple Leo Roundtable podcasts, along with articles by @taskmaster4450 and everything I think would be essential to a truly decentralized exchange and lending facility.

I decided to put pen to paper, as to why I think this project, which I call LeoFi would look like and why I think it would be a great financial opportunity for the Hive Community.

There are the eight essential elements:

First, LeoFi will have fast transactions.

Third, LeoFi will have transparency and immutability.

Fourth, LeoFi will be trustlessness.

Seventh, LeoFi will have a decentralized exchange with trading via atomic wallets.

Eight, LeoFi will facilitate or introduce you to the ultimate cryptocurrency concept of freedom in trading, when you take your trading capability on the rode. This will be done via the Internet of Blockchains.

Okay, How can Leofinance and Hive Provide this??

Numbers one, two and three; fast transactions, low transaction fees and transparency/immutability. This part is easy because of Hive.

The Hive Blockchain has faster transaction times then the Ethereum blockchain. Transactions are Free on the Hive blockchain.[See ResourceArticle in credits] All transactions are visible on HiveStats and other portals, and barring a soft fork or HardFork they are immutable. Three down and five to go.

Next, four and five, trustlessness, and verification.

#Trustless
Yes, it’s also a core or central tenet of decentralization to trust the computer code. This means Smart Contracts, to protect both parties in a transaction from fraud or theft. We have middlemen or middlepersons in the Legacy Financial System, we call them intermediaries but this position gave them to much power. And power corrupts. So we choose Code over Persons. So we remove intermediaries from trading.

This part is straight forward because Hive allows Smart Contracts, and we currently use Smart Contracts to dictate the relationships between Hive, Hive Backed Dollars, HivePower, Leo and LeoPower. Now some people dispute the decentralization of our second layer because it began with a smart solution to the cost of unique smart contracts for each tribe or community, with a generic Smart Contract and personalized or unique custom JSONs for each of the former Tribe or Community Tokens, and that’s a superficial summary. But I believe the system has evolved with over 30 individual nodes running the side chain and other changes moving the side chain into a more decentralized structure, but my knowledge is limited in this area, and others can speak more authoritatively then myself.

#Verification
So I want an independent third party , with no knowledge of the specifics of the trade or the identity of the traders to verify the current market price. This entity is called an Oracle in DeFi. This oracle must be reputable and trust worthy. For those new to this concept read about #Chainlink.

Overall I think it’s still accurate to say we can interface with independent market price verifiers called Oracles through Smart Contracts. That addresses trustlessness and verification. Trust but Verify.

Sixth is lending. This is big, very big.

A bull market is a perfect setting for collateralizing your assets safely, as long as your not to greedy. Be wary of pumps and tread carefully to avoid liquidation (the sale of your deposited assets triggered by sudden drop in prices of assets used to back loans.

In theory logistically, lending in decentralized finance involves creating a depository, where Leo, Hive or Hive Backed Dollars would be connected via Smart Contract.

Secondly, the code for the Makerdao could be ported, altering the native Token names and porting the resource credit code from the Hive GitHub and changing the names, and modifying gas fees to reflect resource credit usage, which may require a second oracle to verify resource credit availability. These three ported and modified code bases would form the basis of a credit debt facility on the Hive Blockchain.

The Desired Result: You could deposit Hive or Leo and borrow HBD.

Then...
You can then use your Hive wallet internal market to buy Hive and then Leo, if that’s your goal.

Or you can transfer Hive to an exchange and use it to buy Bitcoin, and then use the Bitcoin to buy Ethereum, or any other token on that Exchange.

The beauty and ultimate goal here is to tie up Hive and Leo in these Collateralized loans, reduce the amount on exchanges, create scarcity similar to what Ethereum blockchain based DeFi has created in Ether, and raise the price of both Hive and Leo.

The advantage of this over leaving your Hive or Leo on the exchange, is that you still have much more rapid access to it, then you have if you staked or powered it up as HivePower or LeoPower. But instead of sitting on the exchange not earning you any return, you can take out small loans against it to buy other assets, like Bitcoin or more Hive.

The bonus of this is you earn from the appreciation of the asset (Hive or Leo) backing the loan, and you get to also earn asset appreciation from the second asset you purchase with the loan proceeds.

The other option is if you are a content creator currently selling your Hive or Leo rewards, you could instead deposit them into the new credit debt facility and borrow HBD against them. Then you can spend the HBD instead of your Hive or Leo. This allows you to save both Hive or Leo, so you earn from price appreciation over time.

Additionally, the fact you are not moving your rewards to the exchanges to sell, creates scarcity on the exchange, which increases the price of your Hive and Leo.

I think people forget that while whales certainly account for significant amounts of Hive and Leo on exchanges, the smaller accounts are responsible for significant amounts also, and as Bitcoin and Ethereum have clearly shown, having people buy and remove your token from exchanges, either to lock it up in Cold Storage or in DeFi Smart Contracts like Ethereum, it’s good for price.

Lastly, this allows Hive or Leo investors to cash out via a loan with completely different tax consequences in the US because a loan is not a sale, and therefore not usually a taxable event. You should of course need to consult a tax advisor in your country. I suggest Tax Sherpa, which by the way has an account on Hive @nealmcspadden.

Seventh is Crypto Trading via Atomic Swaps, this is huge!

Atomic Wallets. These are to me like brakes or seatbelts in cars, or checklists in airplane cockpits, they provide so much safety I don’t travel without them. Plus, they promote the most important concept in cryptocurrency: “...not your keys...not your cryptocurrency. I want to trade from the safety of my own wallet.

In my mind I can see #Leofinance launching #Project-Lending with either a Rune or Block node. The projects Thorchain and Blocknet both are in the final stages of an atomic-swap wallet for Ethereum. Blocknet already has it for Bitcoin and nearly a hundred other coins. They are both working on their infrastructures to support the distribution of this capacity, which would allow you to interface your wallets with these trading nodes, similar to how you interface your Metamask Wallet with Uniswap or Binance Smart Chain, and then you can conduct wallet to wallet token trades via smart contract.

I have belabored or painfully detailed a very simple logistical task, which guarantees your tokens are always under your control, until you trade them. This is decentralization in it’s purest form.

You could then trade your Leo or Hive in your wallet, for someone’s Ethereum in their Metamask wallet or their Bitcoin wallet, without transferring it to an exchange first.
This provides first security, as your tokens never leave your personal wallet until the moment they are exchanged.

Plus, in addition to safety, it grants you freedom. You don’t have to find an exchange to trade your cryptocurrency, you just find another person via discord, blogging or anywhere else. Agree to a date and time, then meet, interface your four wallets to the trading node and trade anytime, anywhere, without permission or KYC.

So trading via atomic swaps gives you safety and freedom.

Eight, I eventually want to take this capability on the road, using the Internet of Blockchains.

This is a bonus, but it’s so revolutionary, I want to throw it in here. So you can think about what’s possible and understand how amazing the future will be.

Basically, once Blocknet finished their internet of blockchains you won’t have to meet people on discord or bulletin boards to arrange cryptocurrency trades. You will be able to go from Blockchain to blockchain use the closest geographic blocknet trading node to connect your Bitcoin and Leo wallets to the block trading node and anyone on that blockchain can interface with the same local block trading node and trade with you. This basically means more freedom to trade any blockchain token any time you want, without an exchange.

See Blocknet.do for more details or this post here

So if @khaleelzaki announces, a credit debt facility, on the Hive blockchain, called #LeoFi...

I will be ecstatic and the whole Hive Community would benefit.
In my humble opinion IMHO of course. 🙂

Maybe ‘I am just a dreamer...but I am not the only one.

The Leofinance turns Dreams into Goals, and Goals into Reality.

If you enjoyed the article, please upvote, share via the arrow symbol and copy the URL and paste it into a Tweet. 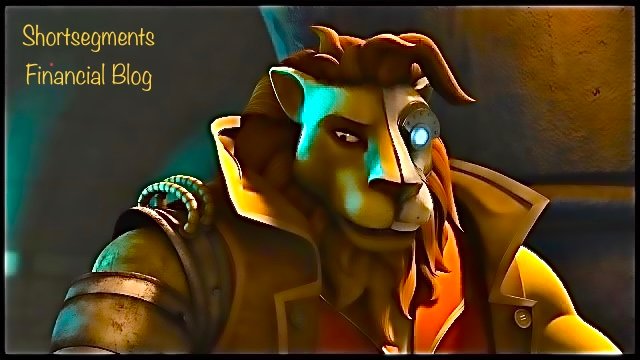 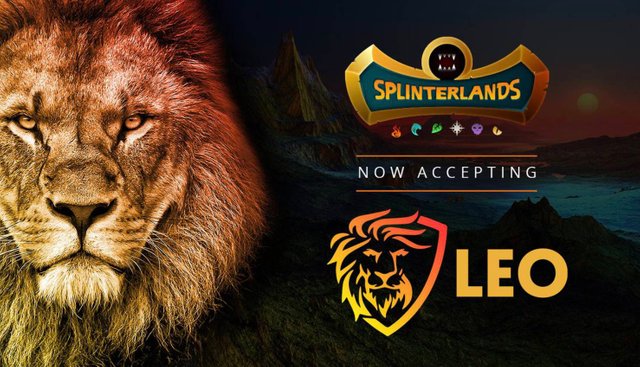 Learn more about Leofinance with this brief intro, join in 20 seconds and get six tips on earning tokens! Here

Learn why transactions are free here.