Demystifying HIVE is a series of bite-sized posts targeted to new Hivians and for people outside of the HIVE blockchain.

The purpose is to try and break down the many complexities of the HIVE blockchain, its acronyms, and the current facts and falsehoods associated with it. 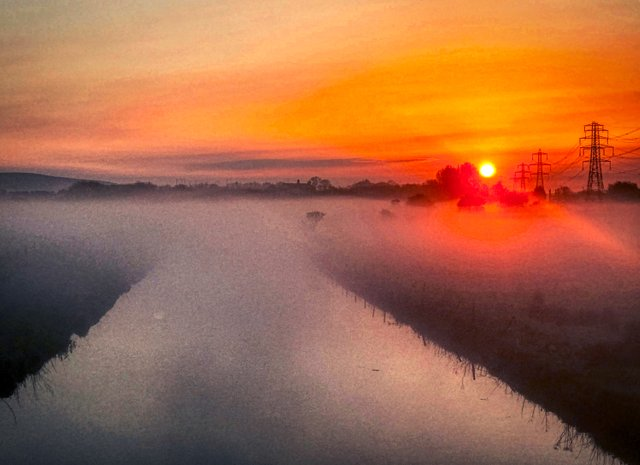 I say ‘current’ because within 6 months some of the things I say may well no longer be relevant. It is an evolving experiment, and little remains static.

It's little wonder that the retention rate is abysmal given the huge learning curve a new person needs to endure.

Without some guidance, most give up quite soon deeming it bewildering and over-complicated.

Other article's in this series:
Demystifying HIVE: Expectations

When I say ‘The Police Force’, I don’t mean it literally. Abuse is not so rampant on HIVE as it used to be on STEEM, and in our present times I can’t comment about ‘that other blockchain’

Someone has to do some quality control of what we see and what we read, else people will take the piss, and even with groups of organized people managing this shitty job this it still happens. 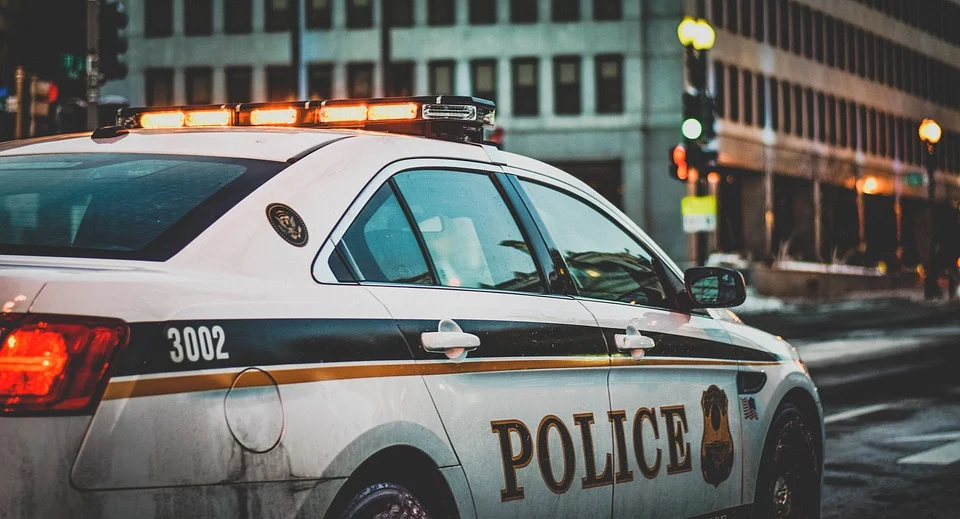 Some might cry the words, 'CENSORSHIP' at all this but I disagree. Unless you are trying to sell weapons, show off your pedophilia collection, or promote terrorism the worst that can happen to your work is that it will be down-voted to $0.00. These are extreme examples and I can't recall ANY of these topics ever being discussed or promoted on HIVE.

You may be warned that you are a scammer, a plagiarist, a farmer by one of these groups or individuals. Some of them may simply start downvoting your work, that's if it can be called work, to begin with.

There is generally good reason and if you are here to post legitimate articles, that are ‘your own work, it is unlikely you will come across any of them.

Formally named Steemcleaners, this group of several people make it their business to find plagiarists and spammers.

They don't always get it right, but more often than not do. Hivewatchers use the accounts, @hivewatchers, and @hivewatcher, but use the large account of @steemcleaners to help downvote abuse if required.

Plagiarism is the copying & pasting of others' work without giving credit to the original author or artist.
Plagiarized posts are considered fraud and violate the intellectual property rights of the original creator.

They can come across as a little heavy-handed and imply that you, the writer are a plagiarist. In fact, I have challenged them about this recently and they have acknowledged my words.

They do give several warnings to would-be abusers before you end up on their dreaded blacklist.

My words to you are, if you get one of these warnings then don’t ignore it. Respond to the comment and ask what the problem is. I have always found @hivewatchers reasonable to deal with and trust me.., you do not want to end up on that blacklist.

...'once on the blacklist, this will be attached to ALL your posts; don't ignore @hivewatchers'...

This will end up with your work been downvoted continually and a harsh comment on every post you make.

As far as I am aware @themarkymark is not affiliated with ANY anti-abuse group and what he does, he does himself. I haven't pre-contacted him to get my facts right, but I'm sure he will comment here if I state anything other than the gospel.

If you end up being downvoted by @themarkymark and/or @buildawhale then it's likely you will be or already are on his own blacklist.

...'some accounts are more destined to end up on @themarkymark's list than others. Best not to use handles like this one unless you DO intend to destroy'...

This is an independent person who is a major witness and specializes in anti-abuse. If he is downvoting you, then you can be sure there is a good reason for it.

Unlike Hivewatchers, there is no asking to be removed, it’s better to simply reply in your post and tag him asking him ‘what’s the problem’.

You will find he is quite a blunt person regarding facts but get’s the point across. I have found that he does not generally bear grudges and will leave you alone if your behaviour changes.

If your post gets a lot of votes, and a lot of pending rewards and lacks substance you may find more downvotes raining down on your work.

…’anyone can be a Police Officer on HIVE. If you dish it out downvotes then make sure they are justified or retribution will surely arrive’…

This happens less frequently these days and the downvoter may add a comment such as, ‘over-rewarded’. Don’t take it personally; it’s probably just a few cents anyway.

You may find all your posts downvoted regardless of their content by individuals I term as gnats. These downvotes are harmless and often worth less than a cent. 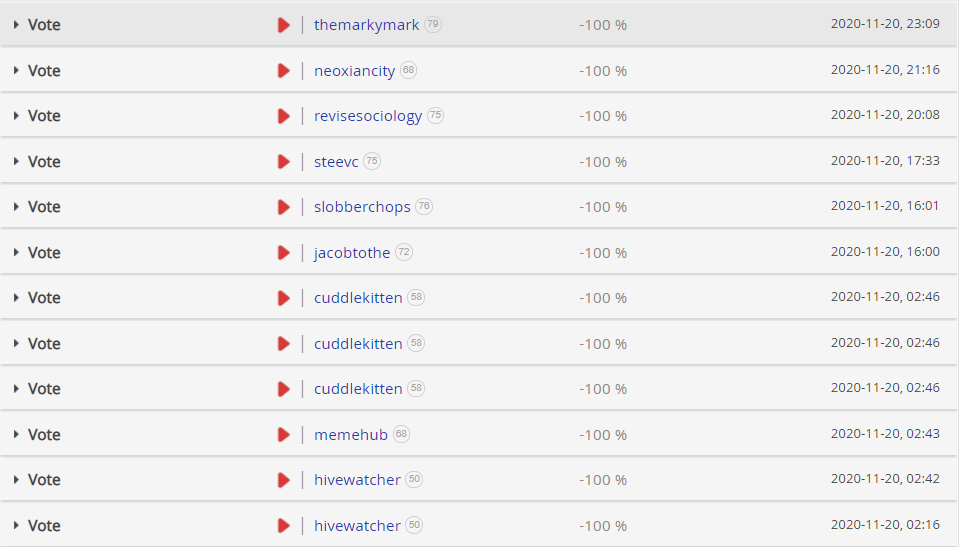 ...'I am one of the privileged ones that King Gnat downvotes. it just wouldn't be the same without him'...

This guy has been sending me downvotes worth around $0.0001 for over 2 years now with his FOUR accounts, all of which have barely any weight. If you get a gnat downvoting your stuff, consider yourself noticed, and don't let it bother you.

Other Anti-Abuse Groups on HIVE

They exist but since the STEEM/HIVE divorce, there has been less need. Anyone can become a HIVE Police Officer, there are no rules and you can do what you like.

If someone disagrees with you, a downvote is NOT censorship. Your content won't be removed from HIVE and that is the difference.

How to Avoid the Police Force

You have to remember that when you post on HIVE, you are rewarded for your work. It has to be earned, and so it has to be original. If you copy ANY part of it then you need to provide a citation.

Only yesterday @grindle was warned for not adding a citation to one of his recent Urban Exploration explores in Germany.

I know for a fact he's been there and that the photography is his work. The old image is so old that the copyright is likely to have expired (they don't last forever). It was the wording that attracted @hivewatchers to the post by way of an anonymous tip-off. 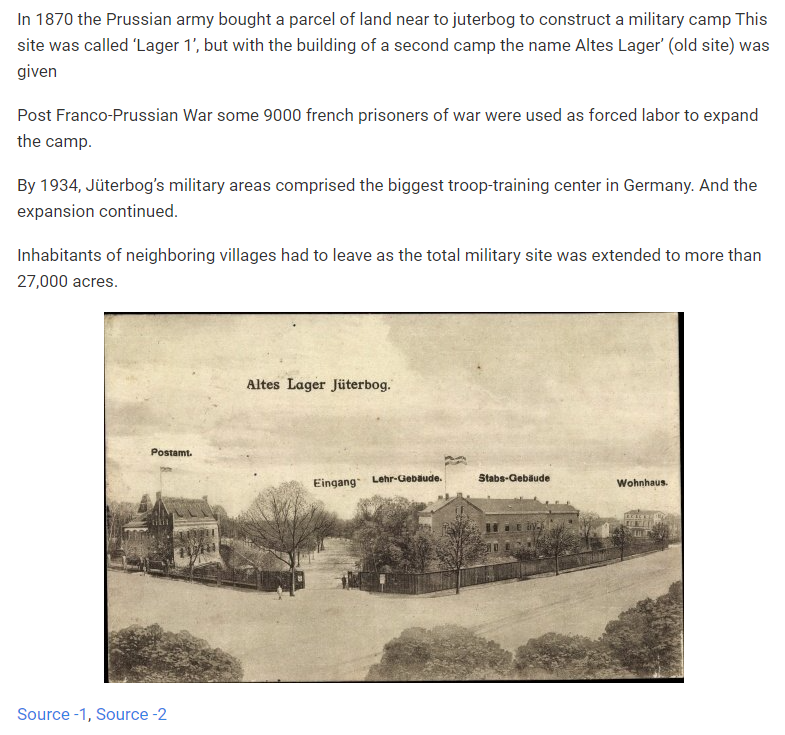 ...'the text and image does not belong to @grindle. All that is needed it the citation (which has now been added)'...

This style of history is often used on other Urban Exploration websites as a prelude to the author's work. On HIVE, as you receive rewards, it is important to cite work that is not your own. Otherwise, it will look like you are trying to pass it off as yours.

Using indents can also be seen as 'not your text' and is often used on HIVE. Use the > symbol before your copied text and it will appear like this.

This is not my text and has been copied from elsewhere.

The incident above has all been cleared up now, and let me show you how easy it is to add a citation to avoid this kind of mess.

Just add the citation directly underneath the copied text or picture. I purposely used a free image in the form of the cop car (above). This is what the code looks like.

Drag your image into Peakd.com or Hive.blog and that will generate the top line of code. You then need to add the square brackets containing the word 'Source' and then circular ones and add the URL of the image.

Don’t take the piss when using the work of others and use it sparingly. Try and use free images from Pixabay or Pixels for generic imagery. Remember to cite these also using the example above.

Source
...'Pixabay is a great place for free images. You don't even need to sign up.. but still cite the images as a show of respect'...

Posts on HIVE are a one-time thing. Don’t be tempted to regurgitate old shit and be rewarded a second time (unless the new version is substantially different).

You may get away with it once or twice, and then the Police will be on your arse.

This is severely frowned up so expect the downvotes to start once you have been discovered, and it WILL happen.

Anti-abuse is a controversial topic and I for one partake in downvoting crap but am not affiliated with Hive Watchers.

Why do I do this? I am a decent-sized stakeholder on HIVE and I want the rewards to go where they belong, and not the spammers, plagiarists, and farmers.

Being an Anti-Abuse Copper can get you a lot of abuse. It’s not a great job to have but just like being a traffic warden, someone has got to do it.

If you found this article so invigorating that you are now a positively googly-eyed, drooling lunatic with dripping saliva or even if you liked it just a bit, then please upvote, comment, rehive, engage me or all of these things.