Is there any HIVE loaning services out there in HIVE land?

If not, maybe SPI can do something about that. Let's get a convo going in the comments below so we all see what others are thinking. 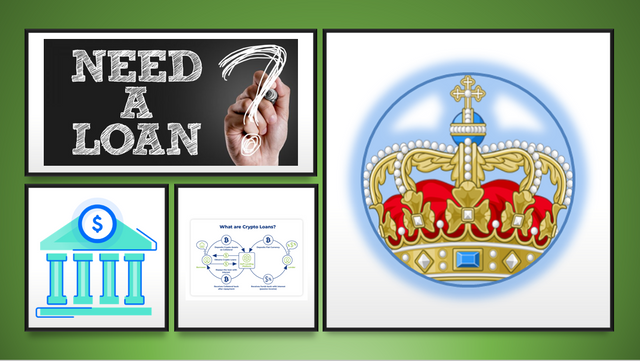 I have heard of projects in the past doing this back has any been successful and still in operation? In particular, im thinking about collateral backed loans were borrower's use HIVE, LEO and maybe 2-3 other tokens as collateral against short term (1-26 weeks) loans.

Asking because SPI has a stable token pegged to $1 (Bear Bonds, B) built and no use case. It's set up to convert between HIVE/HBD and B by users sending transactions through their HIVE wallet. It uses the live price feed from coingecko. The plan was to market it as stable token saving bonds that paid 12% to investors based on the UK's "premium bonds" reward model. Since HIVE witnesses' voted on paying out 12% for saving HBD, there is no need for this project/service as it's been provided.

I've always wanted a Stable token to be added to SPinvest under SPI as they can be very lucrative with low risk. I'll never consider SPI to be complete without a stable token in the arsenal. I'll probably not quit until we have one but I need to think of a good use case. Tribe token backed loans could be a winner but the back end work could be alot as well and im not sure if the time vs profit would be good enough with HIVE's small but growing userbase.

Is there any HIVE loaning services out there in HIVE land?

Would you use a loaning service? Would you send $200 worth of HIVE, LEO, SPI, LBI, BRO to get a $100 loan for a small single per cent interest rate? In the beginning, we'd trail smaller loans of between $50-$300 to beable to operate and fine turn before offering proper loans of $1000-$5000+. Do you think it would be more work than it's worth?

Anyways, this is not a post, it's me asking for feedback. I could ask on discord but i think i'll get more feedback from here. Does HIVE require a loaning service? is it big enough to make it worthwhile?

Let's great a convo going below, i look forward to chatting :)