How to fail at Hive

I did a recent post about things that were likely to get you downvoted. Some things I have seen make me think a companion post is needed on behaviours that do not count as abuse, but will hamper your progress. 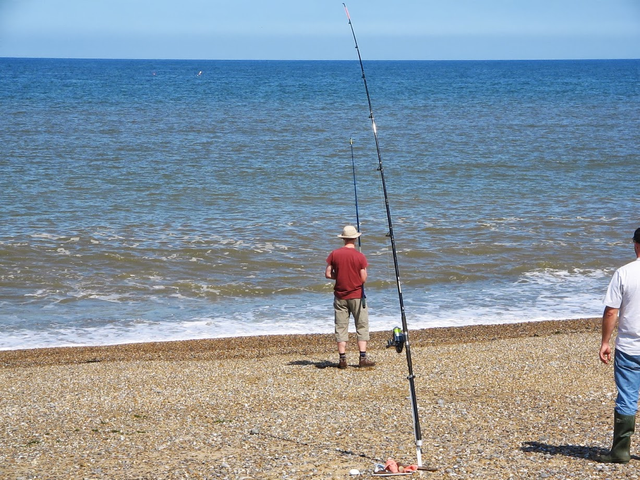 That is me fishing some years ago. I was more into it as a kid. I may be guilty of some of these things to some extent.

Everyone dreams of a huge whale vote on their post. With the current HIVE price that could be worth $100 or more. They are rare things though. There are only about thirty Hive whales and some big orcas who can give out a few hundred votes per day between them, depending on vote size. As Hive grows there will be more competition for those votes. These can be busy people who may not have time to trawl the feeds for cool posts. They may just support some friends or follow specific cutation trails.

Your time could be better spent on building a following of people who actually read your posts and engage with them. That can make it more fun, if not as immediately profitable. If you build up your account and get re-posted more then the whales may notice you.

When you are starting it may be tempting to post all your videos, music, art etc, but you need to spread it out. If you do not have many followers then it may not earn much in the seven day rewards period. You may need some good posts to build the following, but then spread the posts out to give you time to create more.

I have seen quite a few accounts that post regularly, but hardly ever comment. They do not even respond to comments on their posts. That will be a turn-off for many people and is likely to reduce the votes you get. Even if your posts are good people may lose interest.

I think in some cases the authors are more active on other platforms where they can reach a much larger audience. They just copy the posts or videos over to Hive to get some rewards. Their followers on places like Youtube may not even know about Hive. That seems a missed opportunity. If they could bring hundreds of followers over to Hive then they have potential to earn well. They may not earn directly from Youtube, but may be using things like Patreon. If their supporters invested that money in HIVE they could grow their vote and support lots of other creators, whilst earning themselves. One of the killer features of Hive is that what you invest stays yours, but allows you to reward others.

Posting for the sake of it

Another thing I see is accounts full of brief posts such as Actifit updates saying 'went for a long walk today'. That may get you some automatic votes, but is unlikely to grow your following much. I do post my running, but always try to make a bit of a story out of it so that others may get some enjoyment from it.

This is part of why I see automatic votes as an issue as they do not discriminate by post quality or actual value. Most of my voting is manual. I know many people think micro-blogging on Hive could be an issue due to tthis too. Dbuzz allows setting a reward limit to stop it getting out of control, but then the auto-voters may waste voting power on those.

It is up to you what you post, but it can be worth thinking about what you could do that has real value for others. You can also comment more as that can earn too.

Commenting for the sake of it

I do get some comments that do not say much more than 'nice post', but that is thankfully fairly rare on Hive. On the Tsu platform it was so rampant that I think they blocked comments that were variants of that as it was like a spam flood as people tried to boost their earnings.

If I get a comment notification I want it to be worth clicking on. I am likely to mute accounts who waste my time, but good comments often get a vote from me.

Getting upset over downvotes

'Rage quitting' happens. People take it personally when they get downvotes, even if they are tiny. The freedown of Hive means people can be dicks if they want. See the previous post above for things that may trigger them, but it can sometimes be totally random.

If you do attract the attention of something like Hivewatchers/Spaminator then consider if it was justified. Get on the Discord and make your appeal if you want to get off the blacklist. Having a screaming fit will not get you far. There are people who will try to help you if you can be patient. We really do need anti-abuse efforts to prevent Hive degenerating into a swamp.

What other things do you see people doing wrong? We really cannot afford to lose users by them giving up and so it is worth trying to steer them to a better path.