A simple bear among the complicated bulls

If the markets are so bull, why do I feel so bear?

I think this comes down to the sense that for the first time in my crypto journey I feel like I might "need" to use some of it, whereas in the past it has been a conceptual idea that it could be used for something that I may actually want in the real world. The bearishness comes from the state of my holdings at the moment, as I feel that we are still at the bottom, especially regarding the alt market. Also, I don't hold much Bitcoin, so that means that there isn't a great deal of excitement in a run on it. 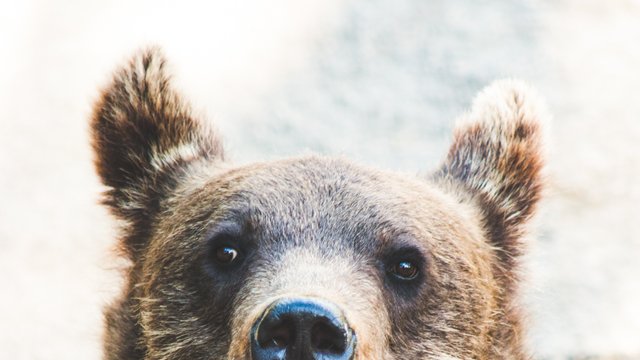 Though, what is not much?

I sometimes wonder what kinds of amounts people are getting excited over. Does it matter if Bitcoin goes to 100K if I only have 0.01 BTC? Percentage-wise, all kinds of things can happen, but the reality of the amount held has to also come into play. I hear people say "I got 50% gains" which is brilliant, but on what? What is a lot and a little is going to be dictated by the local conditions.

If all the 21M Bitcoin were printed and distributed evenly amongst the global population, there would be enough for each to have around 0.003 Bitcoin - I have a little more than that and I have a great deal more than the average person - who has no Bitcoin whatsoever.

However, I do think that while there is going to be a big run on Bitcoin for a while to come, investors will start looking wider as I don't think we as humans like dealing with numbers under 1. There might also be some FOMO in the race to own a Bitcon or two. While crypto fools might want a Lambo, the real scarcity is going to be in the bragging rights of "I have a whole Bitcoin", as there are quite a few out there with, quite a few. How many are going to be affected by unit bias and will drive the value up to complete their set? How many newer entrants will forgo Bitcoin in preference for something they can have more of? We have a culture that values whole things - No one screams "Half a Lambo!" We talk about billionaires, but no one seems to care about those who have 900 million...

Even to me who has a fair understanding of the significance of say, what 0.5 of a Bitcoin is, I still feel the inadequacy of the less than whole amount and I am curious as to what that will mean later on and if it will affect the way people use their crypto.

I think that this "difference" in value matters as in my opinion, while it would be nice to use crypto to buy some stuff I want, I want to be able to buy something that makes a difference in my life. This is from the monetary perspective, as there are other values that I support through crypto too.

Crypto engineers love fractions of things though, they love numbers that are unimaginably big or small, which I think is part of the problem for mass adoption, as it is hard to imagine. People are primed for whole numbers, but they are given a thing to understand that is already removed from their general understanding. We are encouraged to buy crypto to own, but our understanding of ownership is being stretched into a digital concept of space, something that is hard to visualize for the average person to get a sense of what is actually owned. A house, a car or even a share of a company is far easier to comprehend.

I think that because of this, a lot of the future investment is going to find its feet in projects that are able to be understood, where there is a visualization layer for the user to build upon, that hides a lot of the unimaginable numbers. This simplification gives brings clarity and gives people the confidence that they know what they are doing, rather than feel like they are drowning in a university math class. Perhaps this is actually a big part of what holds crypto back from mass adoption, as people don't like to feel like idiots and the people who design for crypto, think that those who aren't good with numbers are idiots.

Because of this, I believe that the future of crypto is going to increasingly move toward the application concept of computing, where complexity is simplified for endusers who can feel that they are really doing something, while the algorithms are actually doing the heavy lifting. An example of this is a photography filter that can be applied with a click of a button or a couple sliders, while the calculations are out of sight. Even the more professional software applications like Photoshop are too difficult for most users, so they create light versions to give the sense of doing it - without actually doing it.

Hive is well positioned for this kind of application ecosystem of course, but it still takes the developers to recognize that while they might love the unimaginable numbers, they are developing for endusers who like to feel that they know what they are doing and are able to get beautiful results - with a few buttons and sliders. We want to feel that we are professional creators, even though we are enduser consumers.

Leaping the gap to mass adoption will mean removing the complexity to understanding so that participants can feel confident, especially considering that in order to participate they are going to have to invest something of themselves - which is already burdened by risk aversion. Currently, I think too much focus is on trying to retrain everyone into dealing with complexity, which is something only a small fraction of a population will enjoy doing, let alone invest themselves into. While it is great to get educated, mass adoption is going to require a metaphorical pullback on the university level math and instead start with the grade school imagery of cutting up apples and oranges for comparison and calculation.

So, while I am feeling bearish, I am also bullish on the long-term of crypto and Hive, but I do think that we are being held back from growth by the complexity of the ecosystem. The projects that are best able to simplify the experience to make spaces where people feel comfortable, confident and therefore, connected, will be the spaces where people gather - and when people gather, investors will look to place their capital.