(Almost) an ATH - A short ramble

This is gonna by a freestyle write, as the topic I am not feeling the topic I was going to write about tonight, but still want to write. The topic was employment, or rather, the unwillingness for many to work these days. Yeah, I get it, people have been home a while, like the freedom and don't want t return to the nine to five life, which is fantastic - but if you don't have any other income streams and are complaining about the price of things, keep your job. 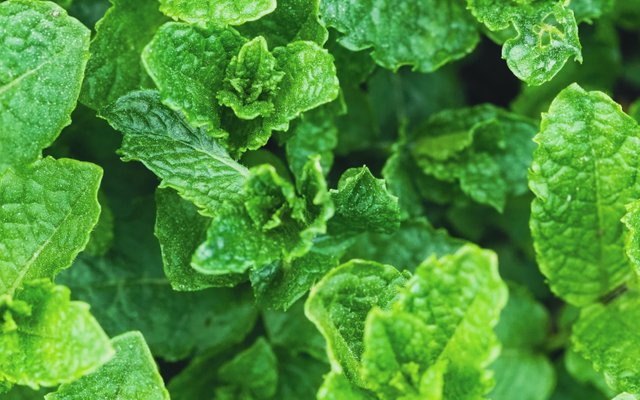 Right now, we are probably moments away from a new ATH on Bitcoin, which is riding on the back of the first day of futures ETF trading on the NYSE. 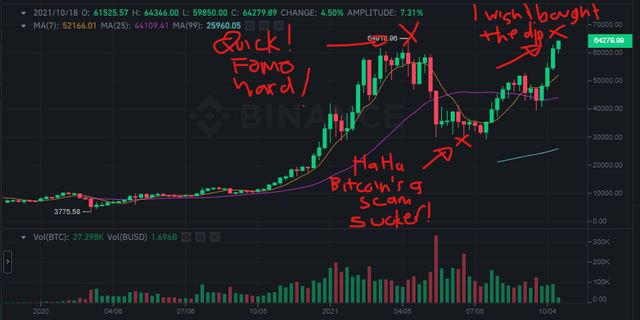 Did you buy the dip?

Just another bull market in crypto...

I ma expecting it to crash soon. There was a little blip and dip below 60 yesterday, but I think that just as everyone FOMOs, the manipulators will take profits on the hype and drop it down 15-20% or so - just enough to rattle the newbies into panic selling in the hope to protect themselves or pick up some more cheaper. And just before they buy, it will rocket up and they will FOMO in again.

I could be wrong - I often am.

I was asked by friends about my predictions before the NYSE markets opened and I said the same above, but I am very, very careful to say "I am guessing my prediction" because they might do something about it. You guys, should know by now, "don't trust random people on the internet" - no matter how good-looking people say they are.

Do Your Own Research.

Note to Taraz: If I time this post well, I will post it at the BTC ATH.

My timing is impeccably bad most of the time, but I don't mind taking risks and talking about them. I don't need validation for what I do, but I believe a little transparency goes a long way. I am quite open with parts of my life, although I keep some things to myself of course, because there has to be some limits and privacy. Many people value their privacy so much though, that all they do publicly is lie about what they do privately - so much so, I think they start to believe what they say is true. After all, when you have no life and live in a fantasy world of delusional grandeur, fact and fiction can exist interchangeably. Do you ever read some of the nonsense that people write about and believe that what they are saying is reality?

It is amusing at times, but also gets to be very repetitive.

Repetition itself isn't bad, which is something I have been meaning to write about in more detail.

You might be nodding along thinking, too fucken right you are...

But, repetition is about process and it is what is required in order to be consistent. This doesn't mean it doesn't change or there isn't variation, but having skill is about being able to repeat something to a standard over and over again. It is what people get paid for. Some people seem to think that repetition is a bad thing, but it is only bad when what is being done isn't valuable in some way, or harmful.

Of course, you don't want to read the same article over and over again, but you actually aren't when you read what I write, because even though the topics are familiar territory, I write each on the fly, which means all of the learning I have done in between, has an effect on the perspective being put forward. Some of my thoughts might have been reinforced or weakened by my experience, other experiences have influenced my behaviors, everything is "new" each day, and while it is all coming from the same person - that person is changing daily.

Just imagine if when you went to a football or basketball game of your favorite team and you didn't know who was going to take the field. Like not at all. For example, when I was a kid of maybe twelve, I launched a basketball from the baseline and scored - based on that, do you want to see me suit-up for the Lakers? I can throw a football also, so the next week perhaps I can quarterback for the Cowboys.

Nope - you want repetition, you want consistency, you want quality, you want familiarity. Why, because it helps you get attached, helps you connect emotionally and have some trust that what you are going to spend your time and money on, is worth it.

People don't do well with volatility, they get nervous, stressed and ultimately become hostile and aggressive. On the internet, it doesn't take much to trigger people into having a violent reaction, because most have been living in a digital cocoon behind a screen where they think they have control, while they are being manipulated every step of the way. Just look at all of those people who share conspiracy memes that are being churned out be Russian meme factories, targeting these specific people for the distribution - Truthseekers.

They don't do well in volatile environments either, which is why they build up fantasy worlds where they can feel safe under the self-directed guise of knowing what is fact and what is false. It is a funny cotton-wool wrap, where they can always protect their egos from being wrong, by fashioning a new fantasy to suit. Unfortunately, unlike talented science fiction writers, most of what these people speak is dribble being passed from mouth to mouth, as none of them have had first-hand experience with what they are writing about. Does it entertain you?

A lot of people complain about crypto posts, but the reason they are so popular on Hive is, we are on Hive, a bloody crypto community that is building a crypto economy, where crypto people old and new can do crypto things. While most of the crypto posts are trash, people are interested in crypto in general, because it affects their lives, it helps them understand things that they might not have considered and, if they do their due diligence, they can positively affect their outcomes, by changing their processes.

And, if they get good results, what do they want?

The problem is though, most people in this world have been conditioned to get mediocre results, and led to believe that it is the best they can do, so don't try. I say, FUCK THAT! which is why I am consistently trying to find ways to present alternatives that may affect outcomes. I don't have to do this, as I get nothing from it (some comments and votes on Hive of course), but I enjoy it. Even though the topics change, I do similar for a job, I do similar for my business - it is just what I consistently do.

But, I have a willingness to work - always have, always will. And since I like what I do and how I do it, I am able to deliver on it seven days a week, every day for years on end. See, while other people are whining about having to go back to work, we are here developing skills, building networks and creating alternate income streams, so when we do choose not to go back to work, we aren't going to be left high and dry with our proverbial dick in our hands. My dick is normally literally in hand, but I find it difficult to type like that.

You see? that was not a bad wrap up from the starting thought, was it? Tying together the loose end of the opening paragraph, even though I had no idea what this post was going to be about when I wrote those lines. I still complain about the price of things and inflation though - but I don't need to buy Bitcoin today to feel like I'm not missing out.

I should have written a little slower. 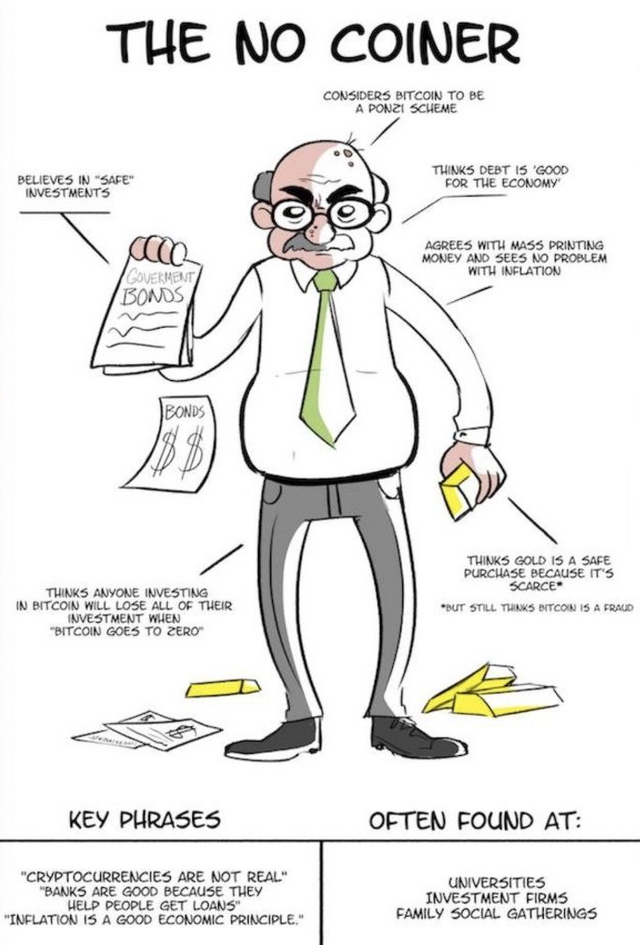 I am glad that I don't have to talk with (most of) my family about this.

Oh well! We are on the same boat!

I wonder if Hive will catch a ride on BTC and the ETF news,that would be nice, so far it looks like Hive is just holding steady.

Most are likely to hold steadyish for a bit. I think a drop is on the cards, before moving up again. The ETF pump wasn't as high as I thought it'd be.

I still complain about the price of things and inflation though - but I don't need to buy Bitcoin today to feel like I'm not missing out.

Speculation. This is what happens on BTC hype. I don't mind Hive dropping back to about 64, so I can get the rest of my buys in :)

Depends when you bought.

Yep, that makes a difference - though I am thinking that toward the end of the year, ETH is going to move up hard too.

Do you know why it takes so long to upload video to 3speak? Today I started uploading before 8.00 and it was 100 percent uploaded before 11.00.

I never used 3speak because it don't let us log in through keychain wallet and asked us to log in with private active key .
I rather use dtube because it always allow me to use platform by hive keychain.

is uploading speed good on dtube?

Yes its quicker than 3speak.

The post thumbnail remind me those green stick which looking awesome on bitcoin . We need to remember if bitcoin goes up then Hive also will reach its all time high and above. I love mint mojito cocktail which reminded me to go and drink again after watching your post thumbnail...😁 Enjoy the bull run.