Caught in the Net

There is another year-long airdrop ongoing, this time from the Genesis League Goals game. The drop of GLX is based on SPS stake and staking of the GLX token. This is similar to what Splinterlands did with SPS earlier and it has seen some pretty large increases in value where it was getting well over 1 HIVE per GLX for a short period. I didn't expect this, so I dumped most of mine at around 0.33 HIVE at the first opportunity I could - silly in hindsight. 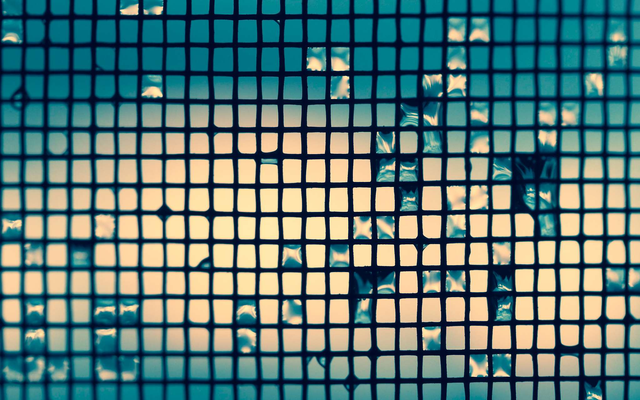 But, it seems that the party has somewhat ended on GLX for the time-being, as the price is again around the 0.27 HIVE range and I suspect it will keep falling, because there are I think obviously, going to be more net sellers than buyers. I think that because it is a free token being dropped on something that already has a lot of support, at least early on, there is going to be a large amount of dumping, because even with a high APR, the supply is going to increase rapidly and people know that it is going to fall rapidly too.

For me at least, one of the reasons I haven't been staking any so far is that I am unsure whether I have the will to get involved with another game. While I may regret it later, I am "fatigued" and literally don't have the energy to spread my attention any further than it already is - which is still far too far.

But it has been surprising to see how much market enthusiasm there has been on GLX, considering how rapidly the value is expected to fall. From the high only a couple days ago, the value is down about 80% since and will likely keeping dropping away, as there is essentially sell pressure from the airdrop until it hits a low and those same people will start buying again. At what point will that be though, because the supply is going to keep pumping up for another 11 months still and even those who aped in early, will likely start selling their yield to claw-back a return.

I have sold about 6000 GLX for around 3000 HIVE and right now, I can buy about 10,000 GLX for that. And as the supply increases and the largest net-sellers keep dropping on the market, the value will come down more, meaning that in perhaps a month from now, I would be able to get double or triple. Of course, the lower the price gets, the less willing people will be to dump, so they might start staking too and an equilibrium will be found, but I suspect that the "balance point" is far lower than the price is currently sitting.

But, I don't know much about the future, as this is crypto and "anything can happen" especially at the moment. However, I am am basing my GLX position on the past with SPS, where the price rocketed up and then dropped consistently downward to where it is resting now at around 4 cents.

This can change though.

But for it to change significantly, it is likely going to have to take bull market conditions, which is fine, but this also tells that the price of GLX is likely overvalued based on the hype and promise of high APR, and as most of us know, neither last long.

Like many, I am hoping that by some miracle, the global economy turns around and crypto gets back into the swing of things - but the chances of that happening are pretty slim at the moment, unless something very dramatic happens. There is far too much fear in the economy at the moment and the desire for riskier assets is very low, as people are looking to weather the storm, not go surfing.

While most people are scaling back however, I was reading that in Finland at least, there has been a large increase of people financing their lifestyles by taking on more debt. This is not necessarily a bad thing for some, but the more prolonged the downturn, not only the more costly, but the high the risk of losing jobs become too, which would leave people unable to service their debt obligations. But most seem to take the, "worry about that when it arrives" approach.

Caught in the net.

Debt is a trap that most people see and therefore think that they aren't going to fall into it, let alone get stuck there, unable to get out. Yet, the numbers of people struggling under the weight of debt, tells the true story - the state of this economy is just another turn of the thumbscrews.

Yet, the numbers of people struggling under the weight of debt, tells the true story -
Many are in debt the entire time, from adulthood to the grave.

Perhaps even before adulthood. I feel that I was born into debt, at least with a "debt mindset" of some kind - it is a hard road to fork away from.

Many of my friends who were also interested in crypto withdrew their money and invested it in physical gold because they thought it was safer. As you said, we need a miracle in the global economy right now.

gold is much safer - not overly practical however and very hard to travel with :D

Sadly debt can sometimes just be one of the realities we live with. Unless like yous said something drastic happens on a global level. I have been doing everything I can to reduce my debt and put money into savings, but I know I am just one major house repair away from having to take out another loan. It's not a great feeling. I've been staking some of the GLX token and dumping some. I think people were mostly excited about it because of the free money. Not because they actually care. That's just my opinion anyway!

but I know I am just one major house repair away from having to take out another loan.

It is a constant issue - so many "surprise" costs.

I think people were mostly excited about it because of the free money. Not because they actually care.

At this point, I don't care enough about it and then, how much more would I have to invest into it once it is launched?

Yeah, no kidding. I have already poured so much money into Splinterlands and my bags are small compared to some people. Don't get me wrong, I hope the project does well, it would be good for all of us, but it feels like a niche thing.

Yeah, I hope it does well also, it is just I only have so much bandwidth. and I struggle now.

After probably 2-3 years of my financial independence journey i managed to pay all my debts and be debt free. Man, that felt good, and I kept it like this from then on. I even managed to do 2 weddings (one in my country one in my wife's) and still debt free. Worth it. Now I am working on getting a 6 months bill emergency fund in cash.

That's awesome mate! Debt-free and a 6 month buffer would be a brilliant position to be in. One day! :D

Yeah, working on it. I am trying to think at some way to make a fool-proof portfolio to whitstand all the market conditions. Basic idea will be 1 or 2 properties to rent, 100K in shares/mutual funds, some crypto in stake (probably i should focus on a big bunch of Hive and a ETH Masternode - 32 ETH staked), and some serious rental on Splinterlands/Genesis League kind of games. So £1000 from properties, 500 from shares, 500 from crypto and 500 from blockchain games. that should be enough. i am somewhere at 25%.

That sounds like a solid portfolio. I shoulda done that when I had the chance "back in the day" (a year ago) :D

Debt is the whip of a hero 😁

It means if someone has debt, they will work very hard to pay it back so that they will be wealthy.

Ha- that is a pretty cool saying.

yep seems like it will follow SPS downwards... although we have to keep in mind that 70% is locked away. So essentially the supply is much much lower than SPS (at least in the mid term)

I wonder how many of these a small community can support.

Wow. I completely missed this GLX airdrop. Is it based on staked SPS?

Yeah it is. Do you have some staked?

Link to the site:
https://goals.genesisleaguesports.com/

I've cmnpletely missed this GLX. It's based on stakes SPS?

yeah it is. You have to do some signin here:
https://goals.genesisleaguesports.com/

There is one metric: fully diluted market cap

Using SPS as a reference point, there is probably not enough money to back the yield and valuation to keep GLX up there.

yep - at one point it was valued in the billions :D

I was also selling my GLX and I haven't earned as much as you. However, I do know that selling it seems like the best choice looking at SPS's price action. I can always decide to buy back in later if I wanted to and it's not like I could take profit with something like VOUCHER (during the SPS airdrop).

Is voucher worth anything? I just collect mine - haven't sold. I did use them for purchases though, so the discount counts as a gain :)

I sold quite a few when CL was released and took some profits there but it's not worth that much anymore. I was hoping for a pump so I could sell my VOUCHER but it doesn't really look like it's needed that much right now.

And then spend some time asking, why the hell am I doing this? :D

If you tear a new hole in a net, it has fewer holes.

One of the thing I like about crypto (for me) is while there is loss, there is no debt.

While I may regret it later, I am "fatigued" and literally don't have the energy to spread my attention any further than it already is - which is still far too far.

Same actually. I have been selling since Day 1, on a daily basis. I don't see an actual game and I also don't have the energy to monitor so many things. Qn is whether do I keep the proceeds as HIVE or SPS? Hmm, something that I am still thinking.

Qn is whether do I keep the proceeds as HIVE or SPS?

I am unsure on this too. I kind of feel that since I have used some HIVE to get in assets in SL, I will start taking the HIVE back.

I will try my best to follow this up