Nah, this likely isn't what you think it is about. I discovered I had a cancelled session today, which I wasn't notified about, other than the slot in Outlook. This client has had some infrastructure changes and challenges going on with their MS ecosystem, so I tried to get hold of the contact to see if there was a mistake and after several hours of chasing around, 10 minutes before the session was meant to start, I found out that they had moved the slot to a later time, but hadn't sent the invite to me. Even if I had received the invite, the problem is that there was also no confirmation that a later time would be available in my schedule, which it isn't, as I have back to back meetings.

Talking with a friend yesterday who is in a very different business but has lots of meetings also, she was talking about similar things. What she has noticed is the longer people have been at home, the less socially capable they have become, as they take less consideration of the time of others and forget a lot of the formalities of social engagements - like communicating updates in times. People seem to have forgotten that they do not live in a bubble as an individual, there are others involved. 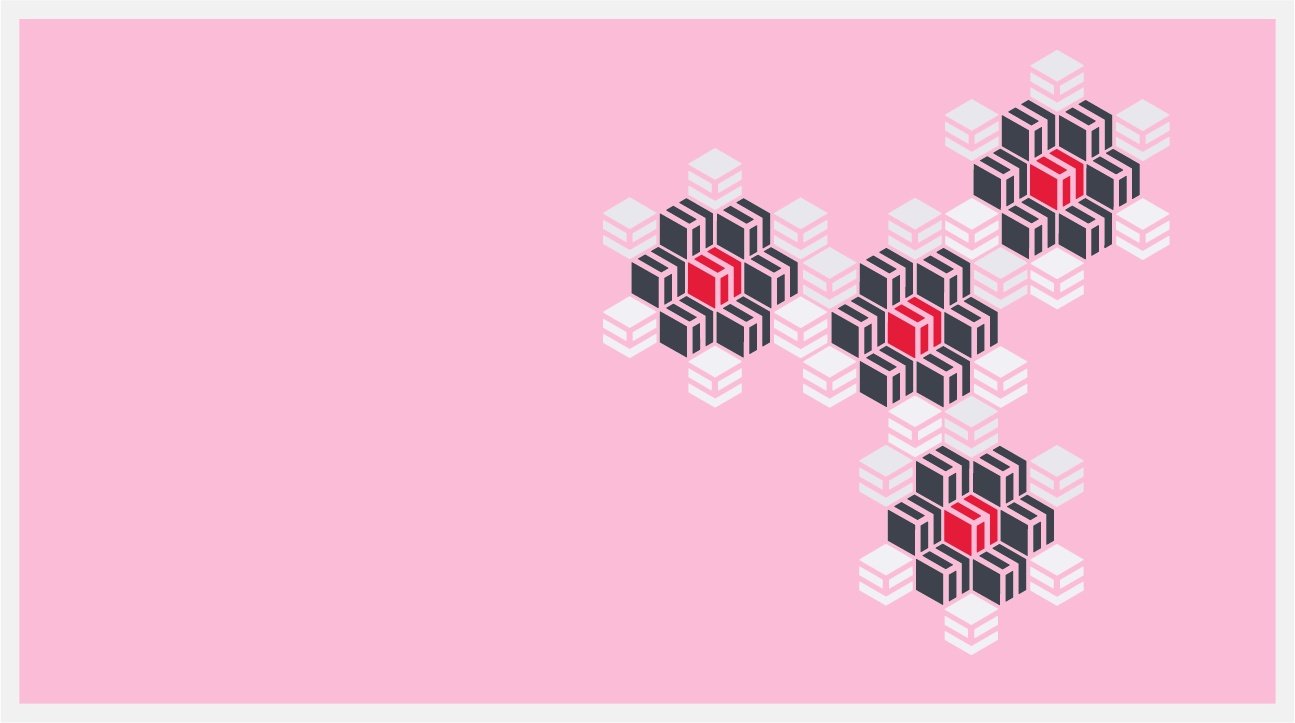 Speaking of which - downvotes on Hive aren't censorship. I know that this is seemingly a bit of a pivot from the above story, but I have come across several of these claims again recently, as people have got downvoted for whatever reason. Downvoting isn't stealing rewards either, as there is a 7-day negotiation window that allows for "adjustment" to take place within the community. For those that don't like this, there are other platforms out there like Blurt (I think) that doesn't have downvotes and Steem where those with stake are so busy upvoting themselves, that they don't downvote. Everyone has options and this platform is opt-in.

There are a couple large accounts out there that do not care what they vote on, as long as they get a decent curation return and some of what they are voting on is quite terrible. Is it fair upvoting, or if you for example saw a whale upvoting themselves 10x a day, would you want that activity curbed. If you don't know how the platform works, it is absolutely possible for everyone to vote themselves 10x a day to maximize their rewards and essentially there are only two mechanisms to combat the situation - first is downvoting, the second is social culture, where behavior is influenced by peer group consideration.

Essentially, the rewards pool is a shared wallet where stake can allocate its contents. If everyone who could just voted for themselves at a maximum, the pool would be perfectly shared to those with stake, based on their percentage owned in relation to the total percentage voting. In this scenario, the system breaks down very, very fast, which is why when about 40% of the stake was voting on 1% of the posts during the bidbot era, there were a few highly rewarded posts, but the majority of posts got very little of the rewards pool. I don't think anyone other than the vote sellers want to go back to those times.

What ended those times was the introduction of "free" downvotes to combat abuse, where a downvote could remove the profit margin for the vote buyer, making it unprofitable to purchase and by the law of supply and demand, demand dried up. The other thing that had an effect was the move to 50% curation rewards, as in combination, this made the margin of selling votes smaller in comparison, and the downvotes 33% larger in effect to trim the margin into a loss.

Not many content creators seemed to complain, other than those buying votes, but what many haven't acknowledged is, on average, the average person is actually getting voted more, as rather than the 40% of total stake going to 1% of users who pay for it, that 40% is now being spread across many more users, as much of that stake become active again or delegated to curation services that pay a curation percentage back to them. However, there are still a few large accounts that don't care what they vote on. In general, it is these that are targeted by downvotes, to encourage better curation and rarely is the entire upvote negated. There are other downvotes on activities through added beneficiaries, which is a form of both vote buying and selling, as well as self-voting.

Regardless of how you personally feel about downvotes on your own posts, the thing is that all over the platform there are things going on that you probably don't know about and downvoting activities that you actually benefit from, if you are a content creator or investor here. Most people didn't take part in the downvoting of vote buyers, but everyone benefited from those who did. For those who complain about downvotes who understand this, you are being quite dishonest in your position, as you have personally benefited from downvoting activities, you just don't want it to happen to you.

But, downvotes get taken personally when they are on "my post", don't they? The consideration doesn't come into why I got downvoted, I just see it as a reflection of my work or some kind of vendetta against me. But, this is par for the course because I believe that all the upvotes I get are a sensitive appreciation of what I have created here - no matter that many of the upvoters are voting blind.

But, as I have said many times before, there is more nuance in the ecosystem and community than looking at individual votes on individual posts, as there is a track-record and value-add factor that can build a wide range of relationships. Is it fair that some people have put in the work to develop understanding and content as well as build relationships, while others expect the same rewards?

Fairness doesn't really come into it, does it, because everyone believes that they are deserving of the reward and no one believes they are deserving of the downvotes. The problem is, that isn't nuanced and it definitely isn't objective. While "quality and value of content" is subjective, so to is our evaluation of ourselves and what we bring to the table, with each likely overvaluing their own contributions. This is especially true when there aren't available metrics to know precisely what adds value, but I think that we have a pretty good understanding of what doesn't likely add value to the community.

What I think is going to be interesting after the next hardfork is that users will not have very much reason to try to maximize curation returns, which means that they should be looking to add value to their stake instead, rather than mass. What I mean by this is that curation becomes a kickback feature with most people voting getting the same percentage return - but where the real value is going to be is using that stake to increase the price of the HIVE token in general, as doing that will see more gains than the current process of maximizing stake. Do you get more benefit from earning an extra 10% on your stake or, increasing the value of the token 100%?

Not only this, because the automated maximization and curation window is removed, all manual curators are likely to see a significant increase in their curation returns, as they aren't being muscled out of gains by early bot voters looking for maximum returns. This is similar to the change downvotes brought to cut the bidbots out of e system so that the pool was distributed further.

I think that the problem a lot of people have with downvotes is that they look at it from an individual level and even if it is on only one of their posts, they treat it like their whole world has just been given a slap in the face. This triggers an inflated reaction to the importance of it and they "take to the streets2 to complain to whoever will listen about how unfair it all is and how they are being targeted, no matter how random it actually was.

I have a bit of experience under my belt here and I will let you in on a little secret - Downvotes don't cause death. And another - It is the people who complain about them that end up damaging themselves, as they broadcast just how "about the money" they actually are, no matter how many times they have "honestly" broadcast that they only care about the content, they aren't here for the money. Downvotes don't affect content, they are not censorship - but they do affect the rewards.

The other thing they broadcast is how emotionally triggered they are and how quick they can be to jump into a victim mentality. One of the things that I liked to see from @taskmaster4450 recently, as while he was getting heavily flagged for what I think was the first time consistently in his time here, he just kept on doing what he was doing - his content came first. I have done the same over the years when it has happened to me.

It isn't King because it attracts value, it is king when people put it first in their minds, regardless of the votes it does or doesn't get. What you will likely notice in the people who get consistently voted well is, they have also been consistently putting their content first. They of course like earning on their content too, but come rain or shine, they are here putting their content at the forefront of their experience, because it is an expression of themselves and their opinions, it is what they have to offer the community. The votes that do or do not arrive are what they are on individual posts, but those that arrive consistently are often (not always) the result of consistently putting content before vote.

Consistency is a key, but it isn't just consistency in delivering content, it is consistency in delivering a personality. When someone is constantly triggered by this or that, constantly screaming and throwing a tantrum whenever something doesn't go their way, while it can create some popcorn moments, it isn't going to earn the respect and support of anyone in the community who really values the community and content itself. Tantrums don't add value, however the conversation around them and the "lessons learned" for those observing can be valuable, just not to the person throwing the tantrum.

This is a small platform with a very diverse range of users and belief systems and if you are triggered by every thing that doesn't mesh with your belief system, you are going to be in for a bad time or at least, one that is quite volatile. Some people enjoy the drama, but for most, it is a flash in the pan interest level, a "one rant wonder" kind of event. If your approach to attention is drama over content, your audience isn't going to stick around long. The internet is full of random drama - not many people can deliver interesting content consistently.

So, while my training event was cancelled, my content for the afternoon wasn't - even if it does get downvoted into obscurity, it will still be here on the blockchain, as will the next piece and the next piece after that, as well as all the ones that came before it.

I have no control over anyone's vote. I own my content.