I was reading a recent post by the @leofinance team on their meeting with a an AI-driven, content strategy company, which is likely a very good investment and if engaged, will hopefully attract more eyes into LEO and onto the content creators there.

Marketing is one of the things that has always been lacking in the community, but with the renewed energy and focus toward second-layer applications and communities, there is a fresh drive. Marketing is difficult in a decentralized environment as it is expensive and while everyone wants it, no one wants to pay for it. Even the proposal that looked to get some funding for Brave adverts didn't pass muster. However, the LEO consideration is a little different. Well, it is what it kind of should be everywhere, where the community content itself is leveraged for increasing traffic and eyes on the content. 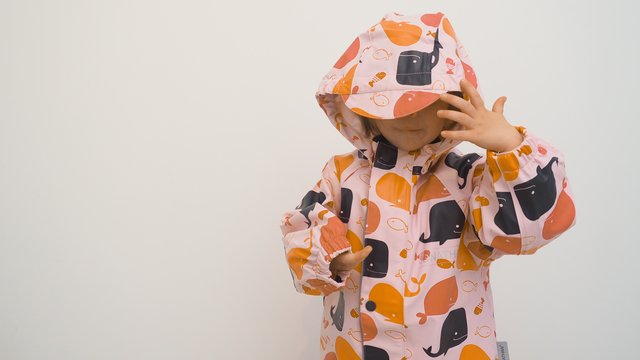 Up until now, the community has largely relied on word of mouth and shares, but for various reasons, the Hive community isn't a big driver of external connection - part of it could be down to a lot of people not being active on centralized social media platforms, another part could be embarrassment or sensitivity due to the financial aspect, a large part is probably due to the desire for anonymity and inviting in friends destroys that, a part might even be to greed, where the more people in, the harder the competition for HIVE. Whatever the reason, approaching and onboarding onto Hive is difficult for many of us.

The approach Leofinance is considering would be a driver for the best authors and content creators in the LEO community to be able to improve their content for ranking and of course, have the chance to increase their viewership. The return for LEO is great content that brings traffic in to build and support the community and increase its value.

This is a centralization of the content pool in some regard, as what to create becomes somewhat suggested by the platform, but this is the benefit of ownership. It also doesn't force anyone into a particular topic or mold. However, what it will likely do is improve the level of content for key authors, which will increasingly spin off content from other users two. This creates a content mass where there are various pools of content forming around a range of topics - which creates the "rabbit holes" for the interested to follow - and gives opportunity for feedback loops where one piece of content leads to another piece of suggested content on the platform. Little crumb trails to follow and Time on Site.

What would be interesting to see is if not only a larger viewing audience arrived, but if some Leo content authors could be turned into "celebrities" of some kind. For a long time I have mentioned that it would be great to be able to have some content creators focused on and exported externally as beacons to attract new audience and participants. This is what the inflation pool should at least be partially used for - but there is of course resistance to this as whenever someone earns too much too regularly, they will be attacked for it. This is understandable too, as up until now, there is very little feedback as to what is working as an attractor and what isn't, which means the high rewards are unjustified.

The other thing to consider in this regard however is that what gets hits and attracts new audience, isn't necessarily what keeps that audience engaged and coming back for more. There is a reason that some content creators on Hive get more engagement than others regularly, which is generally because they have worked to build an audience around who they are or how they have built their persona or character. Time on Site is an important metric for advertisers and while it is great to have a lot of short content, it takes a lot of short content to be created and consumed.

Part of the reason I write the length I do is because few others do and, I have built up an audience who reads and often takes the time to comment. If you consider that a 1000 word article takes about 7 minutes to read, a hundred readers means that they have spent 700 minutes on site collectively. If 10 of them spend 10 minutes in the comments section (which is likely for some of the comments and replies I get), that adds another 100 minutes to the total. This means that one piece of content has provided 800 minutes of engagement with the site - even if it is not direct engagement with the author. Video content leverages this by having autoplay content that people forget about and have it playing in the background.

Now, if you imagine that there is an increase in users on LEO by 100 users and each day they consume 10 pieces of content with one of them being something meatier in length, They might spend 30 minutes engaging with the first 9, plus 30 minutes engaging with the longer content. That together would add 100 hours of LEO consumption time in a day. Not only this, some percentage of those users will also create content from their perspective and add to both the creative mass and the potential reach.

Once in gear with some level of content focus points, the platform starts to get consistency in both content delivery and in audience participation, which in turn spins off into Time on Site for advertisers as well as a lot of potential for syndicated and quoted content across other media. This builds LEO's reputation in the industry, as well as building individual authors who become nodes for other authors to leverage as a point of content for new viewers too.

In regards to the AI tools, I am unsure if they would align with my own style of writing, but it doesn't mean that I won't benefit as an author from those who do attract others in. Optimized content is great and should be encouraged, but what really gets people engaged long term is the personality behind the content itself - it is that who people spend their time talking to and getting to know, it is those they check in to see each day and most importantly, it is them who form the basis of a community that an individual will consider investing into. This is why I have always been pretty skeptical of the "rate each piece of content individually" approach, as it takes out the continuity required for building personality. Many may disagree with this though.

Content is a massive draw point, as is the ability to reward content, but when it comes down to the successful future of any social platform, it will come down to being able to not only attract, but retain users long term, which almost invariably means engaging their emotions. While some platforms run on drama and outrage, LEO can run on the emotions surrounding money and the desire for most people to want more of it or, understand it better. This can be driven by greed or FOMO, the will for financial freedom or, the understanding that the current economic practices are unsustainable and a new approach needs to be investigated - but whatever it is, it takes work to build the relationships and in this, the AI can only take us so far.

There are so many aspects and potentials to this, it is exciting and I am glad the @leofinance team are exploring the options and approaching their community as one worth investing into and building. Nice work investigating this tool as well @Nealmcspadden and @Khaleelkazi and good luck!