Today I helped a couple people make their first steps into the DeFi space with CUB Finance and although they are far from going in deep, they are on their way. When I say helped, I mean this quite literally, as I held a webinar where I stepped them through setting up Binance, MetaMask, BSC and then into CUB, where I then explained how the LPs work, the difference of Dens and tried to help them understand some of the mechanics behind the scenes. We were on a relatively tight schedule, so we didn't dive deep, but they now have enough of a foundation that we can discuss more depth and they have a hook on which to hang the information. 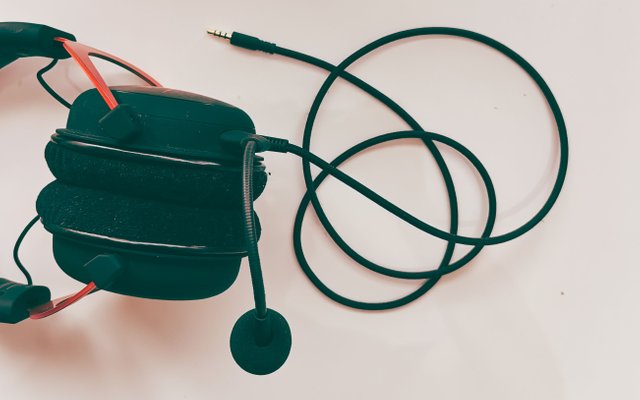 While I have told them many times, I reiterated how important it is that this is them opting in and while I can make some suggestions, all decisions are theirs. At this point, I even gave them a little BNB to get them started, so we could go through the process from beginning to end on how to transfer, exchange, create liquidity tokens and submit them into the pool, with no risk to themselves. Past this, it is up to them as to what they are willing to input.

This is something that people will always find hard to come to terms with, but I used the example about what it would take to get a 10% payrise at work. It is very rare to get such a salary bump without also taking on a lot more responsibility. However, to get it passively, it would mean taking a month's worth of salary and getting about 8% for the year on it. Currently on Cub, the lowest yield pool is on BTC and has a 23% APR - factor in the 2% deposit fee that goes toward burning CUB and it is 21%. That means that for about five month's salary, a person would be able to earn around about a 10% increase in their yearly income. Considering that the CUB-BUSD LP contract is returning about 300% at the moment, if that were to hold steady for a year, it would require about two weeks worth of salary in order to get the 10% pay increase.

I guesstimated the numbers in my head, so reference with caution

There are lots of ifs involved in this though, which is why there is risk, but this is offset by the potential for reward. For one of these guys who has being buying up some Bitcoin for the last year or so, he would be able to use gains to push into DeFi, risking no seed capital. And then of course, there is the potential for the project to make massive gains if it sees some positive traction, for example in the case of Ape Finance, that has seen the TVL climb by half a billion dollars in a little over a week, which is an incredible gain.

I do not know if the LeoBridge that allows for direct swaps from ERC20 to the BSC chain is going to be attention grabbing enough, but the potential is there and I am banking on it.

Speaking of banking on it, what did come up a few times is the future of this in general and as I said to them, I just don't know. I do know that the DeFi products are highly innovative and I do know that there is a massive amount of potential for productization, but how that will play out is anyone's guess. This is a new industry that hasn't been possible prior to this, so it is definitely a buyer beware situation. It could be a brilliant move or, it could realize a loss, but the thing is that the potential loss is a known position based on what has been put in, the ceiling is an unknown and along the way, there is a daily return that can be used to invest further, or mitigate loss.

While no one likes to lose, one also has to factor in what there is to gain and as I said several times to these guys, participation comes with its own rewards, even if a loss is made. I am not expecting them to ape into this as they are likely understandably cautious at this point, but they have a lot of potential to use what they learn for the future too and I can imagine them diversifying a little.

All of this has to be opt-in on their side and I repeat myself to the point of annoyance in this regard. Most people haven't really had that much experience managing their own finances with this amount of granularity or direct control, let alone in an environment that is largely unregulated and filled with a host of risks. This makes it quite a daunting prospect and then, there is the complexity of dealing with the technical sides of getting things connected and working, then managing for the future. This really isn't a place for everyone and while some people could be heled in, it is the ongoing management and risk exposure that will likely be their undoing. It can be stressful.

But, dealing with stress is part of life and one of the ways to do so is to get into a position where at least financial worries are less of a concern. Creating investment diversity and building knowledge and skills is a decent way to mitigate risks, because it spreads the exposure a well as increases the potential for being able to discover, evaluate and take advantage of opportunities as they arise.

Knowledge is power, not because the information itself has value, but because it is able to be applied to influence results. I think that from my perspective, the most important thing that these guys learned today was, the ecosystem is much larger and more diverse than they had realized, but also very small in terms of the potential it could have. Participation now is like getting into mining oil, before there were cars.

The entire market cap of all crypto is 2.2 trillion dollars, which is a drop in the ocean in comparison to the global economy - but it is a drop that is increasing its mass to develop a gravity that keeps on attracting more people into its orbit.

Let's see how they handle themselves.