Today, the tax information came out and while I don't care, a couple of my colleagues were doing some sticky-beaking and noted that there are several of our colleagues are on the list. Oh, in Finland they release the tax information of everyone, although only the higher earners get printed anywhere that public - funny that in the US a president doesn't even have to share that information. I don't agree with the publicity of this kind of information from what are quite normal people that aren't earning that much, but Finns love it.

Sometimes being on Hive feels like sliding doors - a slight shift in reality and suddenly life would look very different. It is quite incredible to think how a "slight" variation in price would be the difference between struggling to do the grocery shopping, or not really needing more for anything. Of course, this depends on one's lifestyle expectations, but I am pretty down to earth in general and my luxuries are more time and space based, not cost as much. Currently, the house project is the sink for all available income and one day I do hope that Hive will be able to make these amounts far less significant. 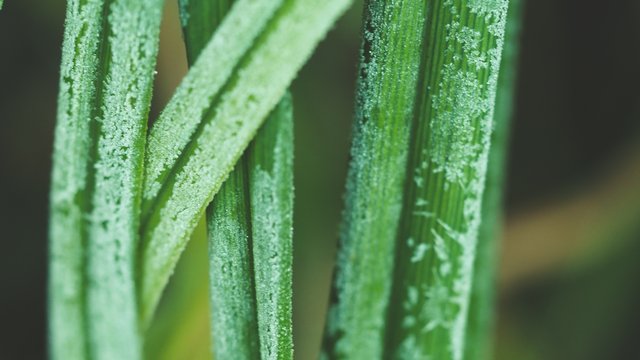 I always find it strange to think about how much some have over others, even in the same peer groups - of a sort. There are people driving around with cars that are almost the value of my house and they change them every two years, meaning they are willing to lose around 30 percent of a house in that time. What is the point - bragging rights?

There have been plenty of times I have been in pretty dire straits and have done the mental arithmetic thinking about all the places I could have saved, but more importantly, all the places IO knowingly wasted resources. All of that wastage on irrelevant and often harmful stuff adds up fast and even if cutting the consumption in half would have made a massive difference in outcomes. I have never been great with money, too much of a scarcity mindset with a leaning toward instant gratification. While I have improved myself in these ways over the last few years, I could still do much better.

Even though, one thing that I have been able to mostly manage over the years is that I haven't had to rely on others for my lifestyle, I have been able to "survive" under my own resources. It hasn't always been the easiest, but I don't tend to ask people for help and prefer to struggle through alone, even if they are willing. This isn't just in the financial area though, it is for pretty much everything - Take responsibility and make my own mistakes.

I still dream of the 10 dollar HIVE scenario, because how awesome would that be to not only have that kind of resource availability to earn, but also use it to empower others in multiple ways too. Just imagine what kinds of apps could be developed and marketing initiatives could be undertaken with the HIVE community and an 8 million dollar inflation pool value - not to mention the HDF. I am guessing that like 2017, most will be too busy raping it rather than using the potential to invest into building Hive into a far healthier platform with a stronger global presence, but some will look long on be part of building a more stable floor.

10 dollar Hive gives me about an 80 dollar vote, which would give me 800 dollars a day to distribute - at those prices, would it be about content or, would a portion of it be used to empower development and community initiatives for growth? I wonder if I am reading content that I think is worth spending 800 dollars on a day. A lot of it is worth a lot more than it is getting perhaps, but is any of it worth many thousands with the current reach? I think at a high price, it would be better to not just spread it out further, but use it as a development tool, where those with stake are able to invest their vote into new business opportunities to build on the chain.

At some point, to really see the growth potential that Hive has in it, there has to be a collaborative effort to make it happen, or perhaps, many collaborative efforts. The benefit of a decentralized system like Hive is that we can explore multiple paths simultaneously, the drawback is that there is also the potential to extract as much as possible as an individual instead. In a company, exploring different paths is difficult to manage as there is essentially one visionary team - but having everyone just do what they want as individuals means that nothing of consequence gets done and the company fails.

The blessing and curse of humanity is that we have to work together to accomplish large feats, but we don't tend to work together well in large and diversified groups. We can see how much turmoil many of the countries are in at the moment across things like racial lines - as if race matters at all. However, the strength of a decentralized large group is that it is possible to have many smaller groups working concurrently and the benefit on Hive is that all of those groups can potentially add value through a range of different approaches. One might set up an application for photosharing, another a tribe around a niche topic, another a game, another an investment company and so on - all working apart, but all adding value to the ecosystem together - this is why it is an economy.

An economy requires diversification of income streams which is pretty obvious when we look at a country like Venezuela that relied heavily on oil and mismanaged their resources without diversifying. A strong economy has multiple large streams and a massive amount of trickle streams through small businesses which offers additional stability and risk mitigation. Hive and the second layer are able to do this too, but it really requires the value of the ecosystem to be higher, which means that people need to value Hive more than they currently do - both on and off the platform.

I think that at the very least, a higher price and an active community would be able to generate a fair amount of hype around the Hive ecosystem to attract new users, considering we would have highly valuable tap and, a whole range of secondary niche taps to get into crypto without buying. I understand that some people don't see that it is "worth it" at these prices, but if one considers that there is also the potential for a higher future value, it is a no-brainer* to participate, especially if not willing or able to buy at any price.

What is "worth it" is going to be a personal decision, but for me I have wasted so many resources on irrelevant that I think that it is worth investing some of my time, effort and money instead. While there are no guarantees that what I put my energy potential into is going to see any positive gain, I do know that most of my past consumption has been a positive loss. Some people think that the 12th gin is worth it, some were happy to stop at 8. The difference is a n additional 50% in cost, but is the night 50% better? There is a law of diminishing returns in all kinds of consumptive activities, acknowledged or not.

At least for me, I don't intend on sitting around and waiting for that higher price, I want to be part of the movement toward it. There are many ways to do this and it is going to vary what is possible person to person, but that is what being part of a community is like. There is strength in the diversity of action, but the strength in collaboration shouldn't be discounted either.