Last night I bought some sale HIVE (~670 sats) with sale HIVE (~806 sats) and managed to add about 16% to what I was holding on Bittrex, by selling it and buying the same amount back over at Huobi. I didn't have a Huobi account, so I had to transfer the BTC in (should have chosen something faster, but wasn't thinking). While not the biggest trade in the world, it was well worth it and I was able to extend my holdings a little more - of course, the wallet is closed there at the moment so it is "stuck" until they open it up. Since I was holding it anyway, it doesn't really matter if the price goes down further, as I still have more HIVE than I did. Of course, I hope the price doesn't go down further - as I don't have much of anything else to buy with.

Hive is my consumption habit, as well as my hobby - while some people spend their time and resources on a range of other things, I spend most of my free-time here, in one way or another. I used to write more than I do now, but I limit myself to a couple a day in general and hope that they don't get too TL:DR for my readers. But, the consumption thing is quite interesting in crypto. 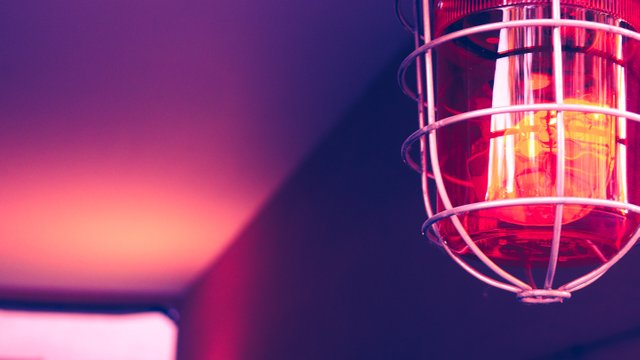 We are used to the Subscription as a service (SaaS) model on the internet, where we pay to have access to content and, we support it heavily through companies like Netflix and cloud storage, but we still seem to be unwilling to subscribe to own - and ownership is something that I think is important.

Out of curiosity, if Netflix was on Hive and you could pay for part of your subscription (assuming you have one already) with upvotes, would you?

Being my entertainment medium, Hive for me is a subscription model of sorts where the price of the service is me having powered up Hive, which also gives me some ownership value. Part of ownership is of course responsibility and this is definitely a part of Hive, which is probably why some people prefer to buy Bitcoin, rather than earn Hive - as they do not have any social dilemma they have to face with Bitcoin, they can be disconnected from all other users. The social interaction and the more transparent view of personal transactions means one has to not only contend with others, but also see how they fit into the ecosystem.

No one likes additional responsibility in their life, especially if it comes saddled with increased risk exposure and the potential of loss. This is why we outsource our responsibility and trade in our control for a sense of security to governments and corporations to take care of things for us - which is working out awesomely obviously.

People subscribe to all kinds of hobbies and behaviors for enjoyment upside, but don't necessarily want to adequately consider the downsides. There is nothing wrong with Netflix, but what is the opportunity cost of the time spent in front of a screen watching it - where does enjoyment and relaxation end, and harm and loss of potential begin? Smoking is another example where people subscribe to a pack a day as they like the feel of it, but they do not spend nearly the amount of time worrying about the potential drawbacks of something like lung cancer.

Do you think that taxpayers should cover medical expenses of smokers with smoking related illnesses?

With a lot of people watching the US election content, how many are actually concerned and how many are just in it for the entertainment factor? I believe that most are in it for the entertainment factor, as if they were actually concerned, they would be finding ways to take back responsibility for their lives, even if it opens them up to more risk and loss potential. But instead, most will double down on outsourcing their decision making to a government and pay them to offer that sense of security in some way.

For a long time but perhaps never as much as now, the political arena is not only more disconnected from the people they are meant to serve, but the people they are meant to serve are interested in the entertainment provided by the political arena. Everyone loves Trump. Love to love, love to hate - he is a symptom of our thirst for drama and consumption, he is a focal point that we can use to draw our positive and negative attention, as well as a point that we can praise or blame - while we ourselves sit back and watch. Because of our desire for entertainment, we have made celebrities out of would be politicians and we are seeing the results of the will of the people.

We all seem to conveniently forget that it is the consumer that actually has the power in this world as the agent that demands supply - and the supplier answers the call. This means that the world we have today is a product of our consumption behaviors and the problems are symptoms of our own dysfunction. Best not think too hard on that side of it though - better to go and scream at a stranger on Twitter about how wrong they are to have the views they have, even though they don't do anything about it either.

Belief used to inform behavior, but it seems that we have been able to circumvent the connection by going digital and turning our belief structures into forms of largely passive entertainment. We can be voyeurs of activity that we used to take part in and watch others do what we once did - which is also why I think Millennials have less sex than their parents - the idea of doing it is an easier sell than actually doing it, as there is far less investment. It all comes down to ownership and interaction in real life means owning one's own personality, actions and consequences.

Perhaps part of the challenge is that we have been encouraged to spend resources on experience, but we are going to limit that experience to the things that we enjoy - while discounting experiences that are uncomfortable. This means that more of our resources will go to entertainment, while less will go to the boring management of our lives and finances - things that we choose to outsource and pay the premium upon. Is it any wonder that our ability to experience enjoyable things is getting increasingly crushed, when the people we are outsourcing the management of our lives to, are also the suppliers of those things? We continually sell our responsibility and ownership potential to the people who are incentivized to use the control granted them to own more - and we wonder why there is a wealth gap.

But, the wealth gap and all the problems it causes gives us another point to draw our attention as a reason that we don't have more opportunity to own - even though we continually keep selling what little we have. It seems to me, that most want more distribution in the economy, but don't want the responsibility and the risk that comes with ownership. How does the distribution of wealth work if a large portion of people keep passing the responsibility that is attached to it down the line - or up to the peak, as the case may be?

With the position that most of us have taken in the world, the issues we complain about the most seems to be that the entertainment provided isn't to our personal tastes -so we want to exhibit our displeasure by demanding a different supply - will we ever start being suppliers again? Other than the data we supply for free of course.

I hope that Hive is a place that starts to question the way we consume in this world and claw back some of the will to take ownership and therefore responsibility for how we behave - even in the face of increased risk.