It was funny at work today, as I was working remotely yesterday and from the moment I walked in, it was obvious that my colleagues wanted to talk - about Bitcoin.

About four months ago, one of them made their first foray into the market place and has been buying a little ever since. Three months ago the other (they have been good friends for many years) followed suit and bit the bullet. we have talked about it regularly without going into too much detail, but now they are doing far more research for themselves - as well as speculating on the future behavior of people coming into the scene. 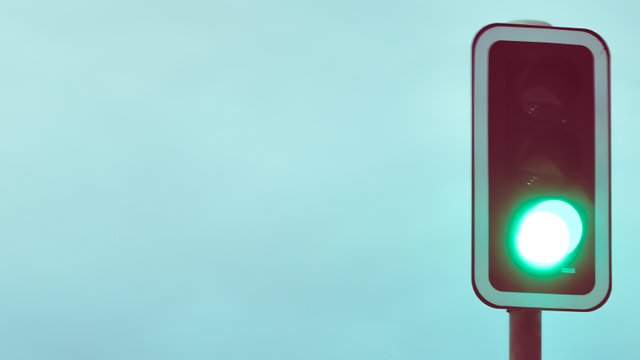 The amounts they have put in are not going to break their banks even if it all goes to zero, but as I repeated to them today, just participating has value. They are not trading yet and have bought and are hodling, as the amounts in aren't going to make a significant difference to their lives, even at 100% up on their buy price. But, they are interested and that is what matters, because they are getting others interested too - and not just about the potential for monetary gains.

Now that they have opted into the crypto scene and have been researching what they have actually bought, they are starting to see that it isn't as "underground" as they had imagined, involved names keep popping up that they know and, they are seeing that there are a lot of applications that are already using crypto and blockchain in various ways.

One question that came up today was interesting:

"how come there isn't more hype?"

Sure, you and I see a fair bit of news on crypto due to our time here, but in general, it has been pretty quiet in the mainstream media, even though there has been a significant surge in price. For those that remember back to 2017, by this level of Bitcoin, the price was already getting mentioned daily in the finance sections of mainstream news media and getting discussed on panels as to the validity of the tech and investment potential.

Perhaps it will only start when there is a new All Time High (ATH), but for those counting, that is only requires about a 25% bump from where we are today. And again, from those who remember 2017, the jump from 8,000 to 20,000 happened in the space of three weeks. 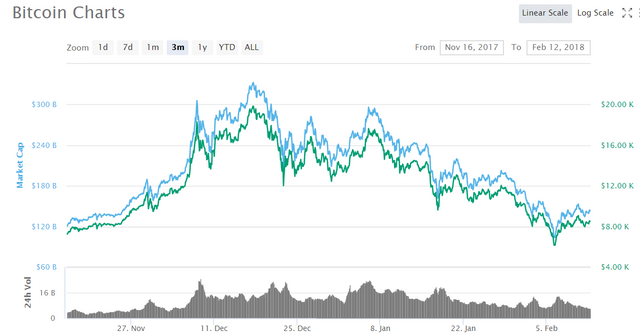 After which it collapsed very quickly with much of it draining into alts before out of the market all together. the total market cap peaked at 830 billion before tapping out.

This means that the entire market cap is less than half the way from where it was at the high. So why not more excitement? Is it that we just get so caught up in wanting "world records" that we discount everything else or, is it that we very easily become accustomed to conditions that we do not recognize the change, like the proverbial frog in the slowly heating water.

I think that from within the industry, it can be that we have the experience of highs and lows and we can become a little despondent when we see the value of our bags go down. But, pretty much everyone who has been in the scene a while is likely up at the moment, in comparison to where they started. Not all of course, some people keep buying highs.

But, what is the excuse from outside looking in, why aren't there more news reports talking about the increase in value, DeFi or even Hive as a place where a person is able to get in on crypto without having to invest into crypto. It could be the US election drama of late, but I don't believe that it is the reason in general and if anything, when people have been talking about the potential market response to election uncertainty, crypto would offer a talking point at the very least as a potential investment option. after all, quite a few large purchases of Bitcoin have been announced.

But, the stories don't seem very sticky, they do not seem to be capturing the attention of the general market place like they did in 2017 - even though there are those big names like Google coming in. Perhaps it is because of this reason - where people are so used to hearing Google and have so little understanding of crypto that they can't connect the dots - What the hell is an EOS anyway?

Of course, it could also be that a lot of suppression of crypto content has taken place on social media platforms over the last 6 months also. A conspiracy theorist might conclude that it is intentional in order to suppress price so that those same platforms and corporations can get in before they hype it on their platforms.

I can't answer with certainty why and I do not read the news for the most part anyway, but I take it as a good sign when after doing a little research, my colleagues are asking the question with surprise. And then, in my opinion, correctly identifying what that means as an early investor that beats the hype and is able to ride the bandwagoning up.

At some point, social proofing will normalize crypto and as more happens, more will, as the more people with crypto means that there is a greater demand for crypto services, which then drives supply, which feeds demand, to expand the ecosystem again.

Another colleague today called it all a pyramid scheme and he is kind of right - as this is how all industries have been built, with the first people in the people most likely to benefit the greatest. This is why there are still "old wealth" families that made their fortune in the oil industry or gold rush, as well as the traders from 100+ years ago. But, it isn't a pyramid scheme, it is just that it will become less volatile over time, meaning that the further it progresses, the lower the chance of "striking it rich" becomes.

It isn't that money can't be made though, as just like the oil industry, there are hundreds of other business sectors that generate wealth from providing goods and services to the ecosystem. I am hoping that is is in this area that Hive will be able to thrive as a second-layer solution for application development.

The thing that people should start getting excited about with decentralized blockchains and crypto is that at some point - it all becomes unsuppressible and for the traditional suppliers, it will be either, be part of the new economy, or die in the old.

Everyone likes financial gain, no one likes loss. The scales are shifting and the red light that has been stopping many is about to turn green.