Heads and Tails: Inheritance and hurdles to opportunity

Last night, I painted the first topcoat layer onto a wall upstairs. Unfortunately, this doesn't mean that we are close to finishing as there are still walls to fix and sand, but with the weather getting colder, we have to get the radiators back on the walls, which requires painting first, otherwise there will be no paint behind. The wall which you can see pictured below, will have new radiators installed as they were the original 60-year old ones - the others on the floor are relatively modern, so thankfully at 1000€ each, we don't have to replace those as well.

The color we have chosen is called "Myötätuuli", which means tailwind and hopefully it will bring a little support going forward in our lives, as it kind of feels that we have been fighting a headwind for the last few years. 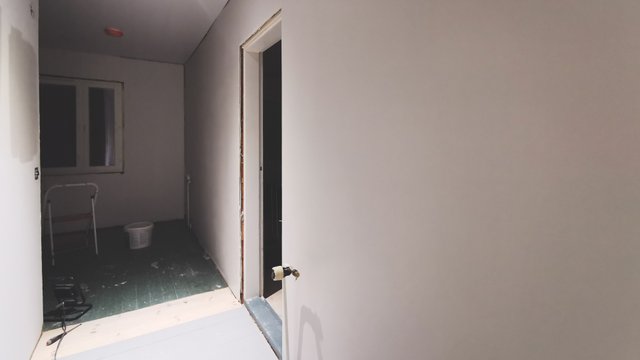 Luck plays a massive part in our lives but unlike a heads or tails coin flip, I don't think that each is independent, which is why preparation can influence outcomes. Being well-prepared doesn't guarantee good results, but it does increase the odds of them happening. It is kind of like covering more of the board in roulette to increase the chance of a positive outcome.

Throughout life, I have rarely been well prepared and have "winged" most of my life, betting that in the moment, I will find a way to manage, making do with whatever resources I have around me. While I do tend to still do this in some parts of life, I have become more conservative in others, which I put mostly down to becoming a father and thinking about providing for my daughter, now and past my death.

I have written several articles about consumption and potential ways the extraction has been happening as we increasingly move from a savings culture to a spending culture and I was wondering how the changing makeup of families affects these things. What I was thinking is that while I for example am concerned with being able to build some kind of generational wealth that can be passed to my daughter, a person or couple without children are less likely to have this urge. That means that they have more "disposable income" than I do, as they don't have to put any aide for past their death.

This is the idea of DINKs - Double Income, No Kids, but it works for singles without children too of course. This means that renting is attractive as it reduces obligation and increases freedom and because there is no need to have anything for beyond the grave, "stacking wealth" is not necessary. What is the point of having collateral in a house if there is no one to pass it on to? What is the point of owning anything that reaches past a single lifetime? As I was saying to @bozz, I think this might also affect the weighting people apply to the importance of dealing with the environment issues too.

That aside, I wonder how much effect this has on consumption itself, as well as the increasing growth of corporations that cater for the instant gratification culture they themselves have built. When there is little responsibility to the next generation, there is also little need to delay gratification other than to build more for a personal collection - but with no driving desire to pass it on. From a consumption perspective, this means that the extraction process of suppliers can extract all resources and reinvest them for their next generation of family and family of investors, without having to compete for it at all.

For example, currently, a corporation is in a competition for my resources and they are competing with my daughter for my value attention. Do I buy the new iPhone or, do I put a little into Smallsteps' account for college? Do I rent an apartment so that I am freer to move, or do I pay a mortgage and have a house that my daughter will inherit - with at least some portion of it paid off?

I think that if considered, this has a lot of implications for the way society is moving and the growing wealth and social gaps around the world. I think it will also have implications on something like healthcare as well, as there may be less pressure to look after citizens if there is low continuity as there are fewer families. However, potentially it will also mean that the future rich will be the ones that come from families, while those who choose not to have families will leak their earned wealth to the corporations. This will further concentrate wealth and potentially influence more not to have families also, as starting from scratch will be increasingly difficult and more will be starting from that point.

I think we are seeing this phenomena now, where the wealth earned, saved and invested post war has been heavily eroded and flooded into fewer and fewer hands. Now, without family support, a millennial is going to find it difficult to start building their own wealth, so more will opt for living a life of consumption instead - which will drive more wealth into fewer pockets.

While I don't think that this is engineered on purpose, I am quite certain that the drive to fragment society is informed by the desire for profits, which are enhanced by less people working together to create efficiencies. The corporations take advantage of economies of scale, by reducing that of the social collaborations in our societal culture. This means that anyone who does try to break the cycle will be increasingly travelling into a headwind.

Having a little support at the back means not only being able to build upon it passively through investing, it also creates a safety net that can become the base for taking some risk. Fortune favors the bold, but it likely favors the prepared more. Having some inheritance means being prepared.

It could be that in the future the idea of inheritance will change completely, as it effective staggers the start and gives an advantage to those with, compared to those without, which compounds heavily over time with just a little management. For now however, it isn't going anywhere and those that do prepare for wealth beyond themselves will hand down a valuable resource for the future to leverage. Those that don't and instead consume everything, will provide a valuable resource for the corporations to leverage. Currently, I think a lot of the problems are centered around the transfer of wealth across generations increasingly being in the hands of "for profit" entities, not members of society or communities who care about the well-being of others - at least to the degree where it affects them personally as an individual.

If we are looking to improve the future, we should be trying to increase opportunity for those to come to improve, rather than increasing the barriers to their success to improve - to have the wind at their back, rather than blowing into their face.