How to make HBD great again?

This post is going to go over a few things that are all related but I am not going to go into detail of them all, except for one part of it, so you might have to do your own research on some of it.

Firstly, a lot of people have obviously noticed the posts in trending with very high payouts on them for HBD Stabilizer, as well as the supplement post by @Smooth that goes to the same thing, to stabilize HBD. There are also proposals that are funded in order to do this too, that are taking large amounts of HBD and converting depending on price etc. You can see the details of it here. 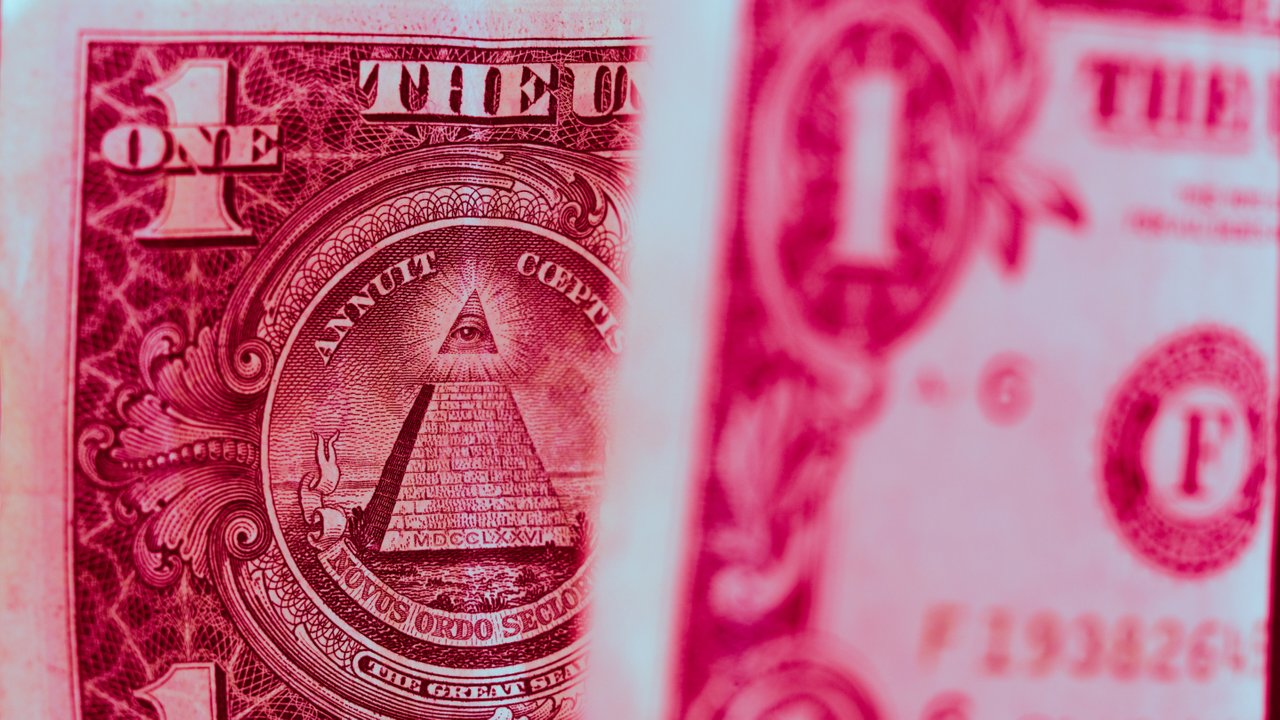 A lot of people think it is a waste of time a bad look and find it ridiculous, since obviously just after this stared, HBD pumped and went to 3 dollars - so that isn't very stable. What waste of votes that could have been on my post!

The next images slices are taken from @penguinpablo's Hive reports and this was brought to my attention by @demotruk on this short post, but I am not sure how many people have seen it.

These are in chronological order. Notice anything?

For those that don't know
Hive Supply = All HIVE
HBD Supply = All HBD
Hive virtual supply = if HBD was converted to Hive and added to the supply - which is why it fluctuates. When HBD is high piriced, it adds more to the potential supply.

For the last few days HIVE inflation has been going down - yes DOWN. This is massive. Between the 30th and the 31st it dropped a measly 1000 HIVE. Between the 31st and the 2nd of April, it dropped 33,000 HIVE and so far today it is down another 44,000 HIVE. What is happening is that the HBD Stabilizer is using the inflated price of HBD to buy more Hive than it should be able to buy and sending that Hive back into the HDF, meaning that it isn't lost, it is getting partially funded.

A decreasing supply of HIVE is obviously a good thing and as price of HBD is high, the supply can be reduced significantly. As HIVE increases in price, perhaps eventually partially by a decreasing supply, more HBD is printed on posts, flooding the market with HBD, regulating it to hopefully bring it to stable. Although everyone likes selling overvalued tokens, a stable decentralized native token on Hive would supposedly be huge.

So, here is an idea I floated last night and I wouldn't mind more feedback on it, although @smooth commented that it could be a thing, but coding it might be a challenge, so perhaps @blocktrades has a view on this too. If stable HBD could be such a drawcard for Hive, I think it is worth at least floating the idea and seeing if it is viable.

Again from @penguinpablo 3 days ago:

That is a lot of liquid HIVE - over half of it on exchanges.

Savings Wallet to be a HBD Stabilizer

Note, these numbers aren't exact or suggestion figures, they are just for illustration purposes. More intelligence than I am able to give needs to be applied to this.

What if, we could attract some of that liquid HIVE into becoming a form of staking on Hive in the savings wallet. Because it has a three-day unlocking period, this stake in the wallet wouldn't have governance or voting rights. However, instead of needing to vote to get curation, it would have it paid directly to the account as if it was voting - except it would be paid in liquid HBD instead of HIVE? But, the amount of "curation" it would receive would be significantly lower than that of active voting.

Note: The current HDF proposals to support Stabilization amount to 27,000 HBD a day.

Let's imagine we can attract 10M to stake into these conditions.

Currently, a 10M vested vote is about 500 dollars, or 10x = 5000 dollars a day of votes. Under average curation, this would generate 2500 worth of HBD converted into HIVE for curation and 2500 would be pushed to content 50/50 1250 HBD and the equivalent in HIVE. So, the potential "straight line curation" is 2500 HBD worth of HIVE paid as HIVE POWER.

However, if we used the Savings wallet as a HIVE pool that attracted liquid HBD as interest at a lower percentage than it would as active HIVE POWER, it could be used to generate HBD instead of HIVE, increasing the supply of HBD. When price of HBD is below 1 dollar, it would be able to pay in HIVE instead. However, because it has a 3-day unlocking period, it isn't the same quality "sink" as HIVE POWER which has a 13 week powerdown. So, lets say that for ease of numbers, it attracts 50% of the straight-line curation amount in HBD.

10 million HIVE SAVINGS at the 5000 a day, would be able to attract 1250 HBD. However, because this curation is normally paid in HIVE, what this does is converts the HIVE into HBD, effectively stopping 1250 HBD worth of HIVE entering into the HIVE supply every day.

The other 50% of the curation amount it would have potentially earned can be used to fund the HBD Stabilizer, which mens it wouldn't need to draw so much directly from the HDF. While payouts would still be affected due to increased draw on the rewards pool from the stake, because the inflation rate of Hive is being suppressed by gamified stake in the savings wallet, the value of HIVE will increase through market scarcity, both because more stake is taken off the market to earn a percentage and, that same stake taken off is helping to reduce the flow of HIVE into the supply, whilst simultaneously helping to stabilize HBD.

Now, why stake for less than curation gets? Well, firstly, when holding HIVE on an exchange, it is open to far greater risk as it is not your HIVE, it is the exchanges - their keys. However, because HIVE POWER has a 13 week powerdown cycle, traders looking to play the market see it as a risk to power up. However, having a three day (potentially less) unlocking period in the SAVINGS WALLET would mean that while the market is less interesting or in a bear cycle, HIVE could be stored safely in the wallet earning HBD daily.

What is interesting about this potential mechanism is that it is an incentivized opt-in stabilizer that does not affect the community of authors in any way. What I mean by this is all HIVE can be powered up to draw on the pool, and if all was powered up (hypothetically) the current pool would be distributed fully, everyone getting the precise reward owed them in whatever form it is delivered. The pool is the pool, it is shared. But, if only 25% of the stake was powered up, the entire pool would still be distributed fully, it is just that the 75% not powered up doesn't draw from it (okay, it gets a little in interest in the wallets).

However, using this system would mean that no matter how many people used the function, there would still always be enough people who want to vote on Hive, meaning that all of the pool would be affected predominantly by people who want to vote on Hive content. This mechanism is more to attract the stake back from the exchanges to earn and stabilize HBD and in doing so, also reduce the inflation rate anyway.

For example, about 10% of my HIVE is liquid on an exchange, because I like to trade. However if I could bring that HIVE back onto the platform and stake it for HBDs daily, knowing that even though I am earning, it is helping increase the value of HIVE in various ways, I would. But, I don't want to lock it up for 13 weeks and lose the chance to trade it - as for me, once powered up, it rarely comes down. Plus, the percentage I have access to would be 1/13th and I would need to wait 7 days for the first opportunity to play the market. Having it in a 3-day lock could mean that I bring 90% of it back on-chain to earn and have some to tide me over til I can unlock the other 90% of my trading portion. It seems like a decent deal.

Now, there are versions to this and lots of things to consider that are well above my paygrade - but I think that if there is value in stabilizing HBD, it should be a community initiative where everyone plays a role in some way. Because this is an opt-in mechanism that doesn't use the HDF to draw from, that is free to keep doing what it does. Also, this can be used to fund the HDF in part too, whenever HBD is over one dollar. But, most importantly perhaps if this works, this would make HBD a very decentralized stable coin, perhaps the only one in existence and it will flex organically with the markets... perhaps.

Then, if it was to get support and started to work, it would attract more HIVE off exchanges by giving it ROI usecase without powering up or having to be active, creating market scarcity, which would drive the value of HIVE higher, making the curation return that the passive SAVINGS STAKE attracts greater, as it is determined by the price of HIVE, converted into HBD.

I am probably missing lots of pieces here that I have forgotten to mention, including many benefits, but it is a lot to get the head around in one free-write, but I think it is worth for those interested in the tokenomics of Hive, to look at it seriously and consider if it is worth developing the idea further.

I believe that if the HBD stabilizer is having such a dramatic effect in the few days since it got extra funding, we can use that as the proof of concept (PoC) and the basis to build a community-powered solution that benefits us all, while not having to do anything really "contentious" like unfunding HDF proposals, taking a huge amount of funding from the HDF for this (which goes back in anyway), or filling up Trending with Stabilizer posts. Some of these things might be necessary to support, but not all.

That means there is 110M Hive sitting unvested already, some of it already sitting in the savings wallet. Perhaps we shoud put it to work and encourage the rest that is already on chain to do the same.

110M HIVE under the 50% conditions above, would generate 13,500 HBD a day for its owners, and 13,500 for the stabilizer that could be used to decrease the inflation on HIVE and perhaps in time, cover the virtual supply as well.

Note: This would take a lot of thought and planning and testing, as it is a Hardfork change and fundamentally disrupts the economics of Hive.