I wish it'd never been invented

Ready for blast off?

Oh, you thought the recent spikes were it.

We haven't even fudding started yet.

One indicator of getting ready for moving into the more volatile stages of a bull market, is how deep the mainstream media dogs to find and report FUD (fear, uncertainty, doubt) to generate clicks. With more people some percentage of their investments into crypto and a lot of them being rather green investors anyway - it is relatively easy to clickbait them.

It is fun to read. 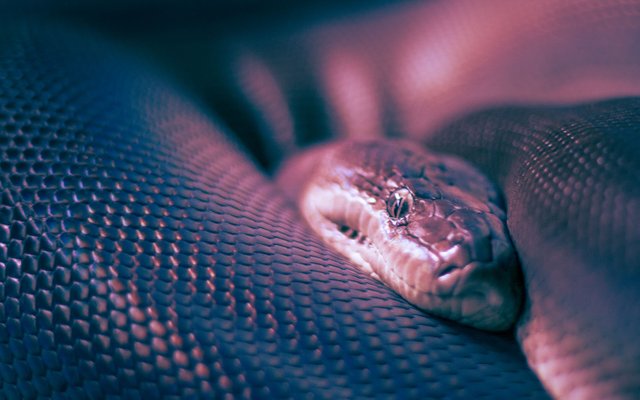 This is one came across today:

The article is short, but there are some great quotes

“I don’t welcome a currency that’s so useful to kidnappers and extortionists and so forth, nor do I like just shuffling out your extra billions of billions of dollars to somebody who just invented a new financial product out of thin air,” he went on.

“I think I should say modestly that the whole damn development is disgusting and contrary to the interests of civilisation.”

“I think the Chinese made the correct decision, which is to simply ban them. My country has made the wrong decision.

For a little bit of background, Charlie Munger is no idiot and has been on the board of Berkshire Hathaway (Warren Buffett's company) since 1978. That is a very long time ago, when he was in his fifties. Yes, Charlie will celebrate his 98th birthday next month.

Which leads into a brief evaluation of the quotes above.

1 -
If he was to buy, he'd better do it soon and wishing they'd never been invented is ridiculous thinking for an investor, though it is natural - given the next quote.

2 -
So Charlie, you want to "make my money by selling people things that are good for them, not things that are bad for them" - Like the major investments for BW: Apple, Bank of America, American Express, Coca-Cola and Kraft Heinz. See the problem in the middle there? Cryptocurrencies challenge those specifically. Seems that getting his "wish" granted, would protect his investment interests. Thirsty? - have a nutritious Coke.

At what point do any of these companies think about their customer, other than how they are able to extract more value from them? Everything they do is to maximize profits and squeeze out competition the best they can.

3 -
"nor do I like just shuffling out your extra billions of billions of dollars to somebody who just invented a new financial product out of thin air,” This is precisely what has been going on for the last 40+ years in the financial sector, with the most talented mathematicians on earth, not looking to solve any problems other than, what financial products can be created in order to generate more wealth for those who are already wealthy. The derivatives market, which is estimated to be worth 3-4 times all other assets combined is a product of this "thin air" development.

What Charlie actually doesn't like, is that people are able to create financial products, tools and services for themselves, which can't be controlled by the likes of the Bank of America. He doesn't like the loss of control and definitely doesn't like, the loss of exclusivity. Which leads into the "contrary to the interests of civilization" quote.

Lols. Obviously, the interests of civilization is to increase the wealth gap to such an extreme that even the middle rungs are falling into poverty. But not to worry, BoA and American Express can extend a line of credit so everyone can still afford to buy all those disposable products that are good for them, no worries. Charlie is concerned about us all here, he doesn't want us to go down the wrong path, he has the best interests of the citizens in mind.

“I think the Chinese made the correct decision, which is to simply ban them. My country has made the wrong decision.

My general rule of thumb: when people are looking to what the Chinese government does as a way to do what is best for its citizens, assume the worst. Civil rights are not much of a concern in China and the reason they are doing what they do with crypto is in order to trap wealth within the reach of their control. Crypto is a gateway for wealth out, making it a risk that erodes the power of the state. Just remember that China is a communist country, the most capitalist system ever created, as it makes the state the monopoly with absolute power.

All of these types of articles are FUD, expecting people to be blinded by the "legend" status and "expert" opinions contained within. However, the majority of people commenting like Charlie here, have very little understanding of what is actually going on in the world of crypto currency itself. Charlie focuses on what he can see, which is unlikely to be very much, other than the few market faces of crypto. When it comes to all of the other aspects like Hive for example, he is completely blind.

However, he is 98, meaning he doesn't have to live with the world he has helped create, which is crushing the very people he says he wants to protect. He doesn't understand that the average 25 year old will never have the possibility to own a home. That the investments that he has been able to benefit from are actually working toward making it even harder for those people, turning them into trapped renters, rather than owners.

But luckily, these dinosaurs are on the way out and people like Charlie Munger and Warren Buffet will be naturally replaced and in a decade from now, the CEO of an investment company like Berkshire Hathaway, will be a 50-something person who has for years been investing into Bitcoin, Ethereum and who understand the crypto industry. It doesn't matter if you "wish" it would go away, as time ends all things, including those who wish for progress to stop, frozen in a place in time where they have control over everyone else.

We are moving into a new economy.

As far as the people of the world are concerned, the only viable way out of being crushed by the current processes of the economy as it is, is to build an economy that fundamentally changes the outcomes from one that enriches the few, to one that empowers the many. Crypto on the blockchains is the only practical solution that we have working toward this end and while it still takes time, slowing it down by buying into the FUD, doesn't get us there any quicker.

No one is forcing anyone else to participate, it is all opt-in.
Unlike the economy we have now.