Let's talk about it

I have had a significant stake in CUB Finance since day one, going through various strategies of where to hold tokens and what to do with them. I also had holdings on Ape and in Panther and a couple others, but CUB was always the most reliable of the DeFi platforms I have tried. Now, I am solely in CUB.

Almost a couple of weeks ago was when I ended my relationship with PantherSwap, because they hadn't updated their Twitter after a couple days since June the 30th (and still haven't), which I take as a very bad sign. The token price has slid from up in the dollars, down to under 7 cents, but this didn't affect me much as I was in single side pools of BNB and BTCB, so I was able to sell the yield daily, and obviously I was not the only one. While they still have almost 50 million in total locked value (TVL), it is a long way down from their 700 Million from a few months ago. 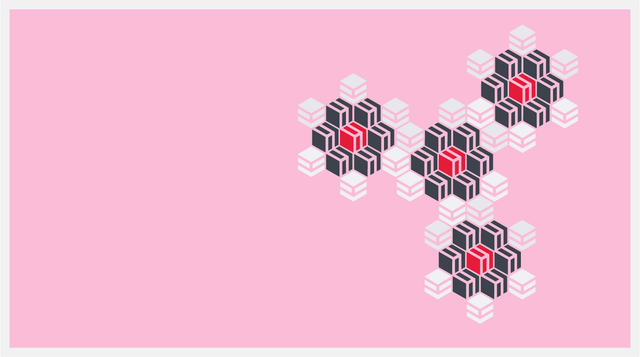 When I joined Panther, the tokens per block were at 100 and was soon to drop to 75 and then a week or two later to 50 and then 25. That was months ago and it only recently dropped to 50. What I have noticed with the "high emission" platforms is that while they tend to gather a lot of interest early, they also suffer from high supply and can struggle to hold their value long-term, because the early yielders very quickly become the first dumpers, in a similar way that it is pretty much guaranteed that after an airdrop, the token is going to drop heavily in value.

This doesn't mean that a project is doomed of course, it is just showing the "easy come, easy sell" mentality of the market, and how many people aren't looking long on projects in crypto. This has been something that up until this point at least, has been refreshingly different with CUB, as while there are still plenty of sellers and also the people complaining about the slide in price down from the highs, the stabilization at 50 cents (currently 75ish) shows that there are people who are confident in the future of the team itself.

While there is only 10M TVL at the CUB platform, it is continually building and adding into the growth of potential of the project and as such, has built a strong group of believers in the community. The community matters a massive amount for any project that is going to last well into the future and as such, communication is vital, something that for the most part, The LEO/CUB Finance Team has done exceptionally well so far, most of the time.

I think that one of the biggest issues Steem had from the development perspective was a lack of communication. Of course there were other issues too, but many of those issues would have been sorted out or been less relevant if communication with the community from Steemit Inc had been better, including all of the conversation around the ninja mine and Justin Sun fiasco. Hive has been better with this and I find it valuable that @blocktrades as core Dev Team, not only puts out updates, but when Dan has time, gets involved in some of the community discussions and leaves comments around the blockchain. It demonstrates his interest in the community itself, something that I see as valuable for anyone looking to develop for a community - to be part of the community.

The LEO/CUB team of course have their usual Podcasts and announcements for changes to the platforms they operate, and it is common to see members heavily engaging in the Discord as while they are team, they are also community members themselves. In fact, most of them were in the community before they were a team - which demonstrates one of the key values of the Hive community - successful projects and teams can emerge from within the community to add value to the entire community. The Splinterlands team is obviously another very good example of this and I believe there are more on the way.

Communication is vital for projects and on Hive, we are actually spoiled in this way as a content delivery platform, as we have inbuilt communication channels for a lot of the discussion. This is much more than just a way to advertise releases for products, it is a way for the community itself to gather and discuss, praise and complain, building up a lot of collateral that is user-derived and owned, that adds to the conversation.

For example, I think that as much as people love Splinterlands as a game or investment vehicle, without all the user-built content that supported it early on and supports it still, it wouldn't be nearly as successful. As much as people hated/hate the Splinterlands game posts, most investors and real players realized that the value isn't in spamming them, it is in using them to built support for the game. Spam looks bad, passion looks good - something that people who "advertise" on Twitter need to start understanding.

What all crypto projects need to realize is that hype is attractive, but communication is retentive. If a project is really looking to be successful well into the future, they have to have a communication strategy and one that evolves as the project matures, so that it caters for the changing userbase. When projects stop communicating well, they will inevitably see users churn and for these kinds of projects with tokenized economies, that doesn't just mean a loss of sales, it means a dump of tokens, which is never ideal.

What I have found personally with many of the DeFi platforms is that I have very little interest or understanding of the community around it, as they are all largely the same, unknown randoms that are only interested in yield and who rate the success of a project on the price of the token, not what is actually getting accomplished. Price is of course important, but if looking for a sustainable investment that reaches into multiple years, development is what really matters - and support for the development.

Communication is the first step to get people invested, it is also what keeps them that way.