Light through the wall

I was really hoping that HIVE was going to make a move this weekend, but it looks like it might be a little while more before it breaks through the wall again. Me on the other hand, I have been breaking walls down for ages, but at least for a little while, this will hopefully be the last one.

It is only about four meters long, but the amount of debris it has created is amazing and is going to take more than a couple of trailer loads to empty the yard of it again. Either that, or I can build a lot of wooden crosses.

It looks like over the years, owners tried to "jazz it up" and as you can see by the brick wallpaper, there was limited success. We are going to put in shelving on the side you can see, and glass door cabinets on the other as it is the dining room, so we can move a lot of our dishes out from the kitchen, as while the kitchen space is large, it is also awkward and will be hard to use the space well when we finally get onto that project.

My body is quite sore from the reno work. I am out of practice. 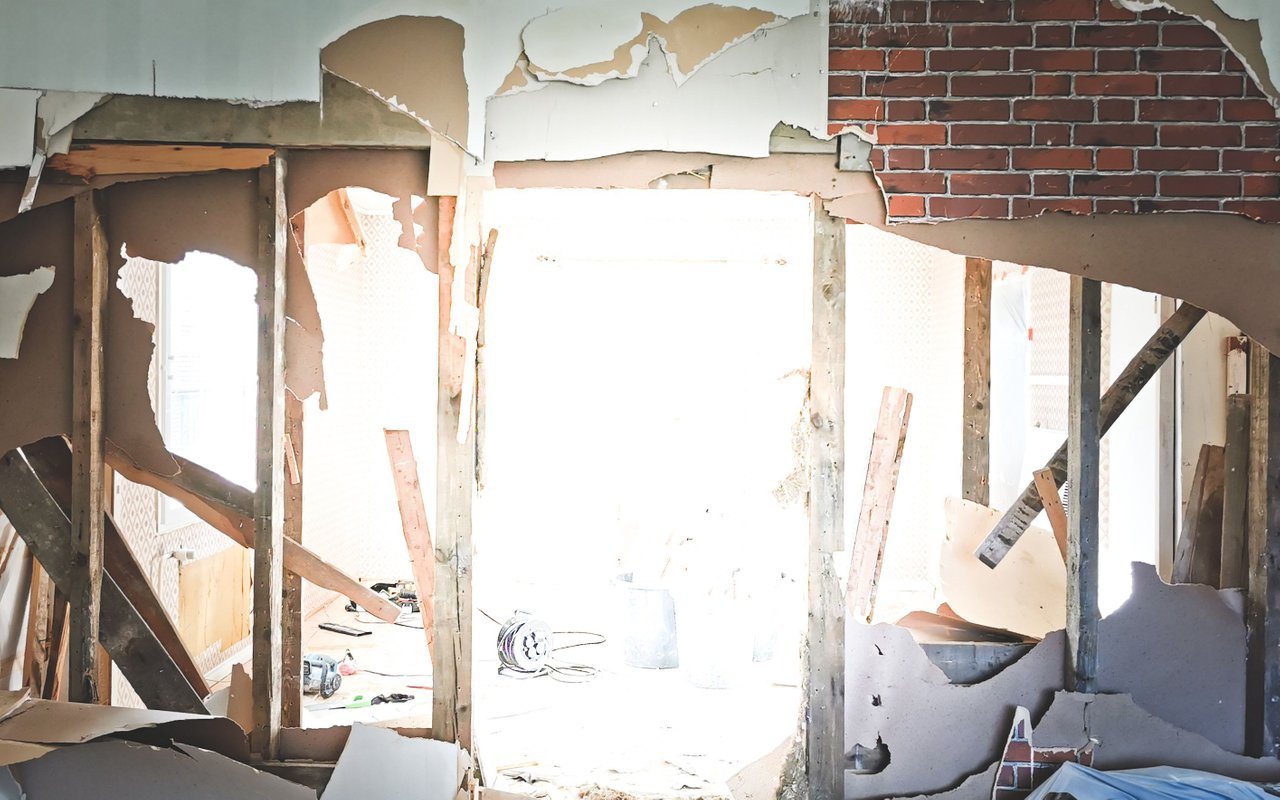 It is Easter Sunday though and the sun is shining, so I think this will be a good day to open up the season and fire up the barby. We didn't plan ahead, so I think I will have to go and pick up some charcoal from somewhere, hoping that with the limited number of shops open, they aren't all sold out, as it seems I am not the only one thinking about grilling today.

There isn't much happening otherwise today. I have harvested some CUBs already and have been doing this twice a day, but I think I will move to a once a day schedule, as I don't think the extra benefit I get from adding to the pool is significant to worry about and I like to see the cubs and the value ticking over. I added a little bit more into the CUB-BNB pool yesterday when the price dropped down a little, just to give myself some more exposure over there, but now I think I am done adding in and will just collect the yield - probably.

With all of the costs mounting up on the house, I am glad to be in a position to be able to generate some value daily, where potentially the amount coming in would be able to pay for tradespeople to do a fair amount of work. Of course, we aren't using crypto for anything at the moment, but as a safety net, it seems like a decent position to be in for the future.

My worst trading "sell early" so far this lifetime has been in HOT, where at the level it reached yesterday and the amount I had two or three months ago, would have paid off my entire mortgage. as it went about 25x since I sold. That is a bit of a kick in the sensitives, but it is also a good lesson of what not to do at the beginning of a bullmarket. I am guessing by now, I am not the only one that has these kinds of stories and by the end of the year, they will be far more pronounced.

But, that is the way the human mind works, where we make decisions based on the perception of value, thinking that we know what is valuable - but because it is a market place, one man's trash is another's treasure. Someone got very wealthy off of buying my very cheap HOT, though they probably sold it 100% up from where I sold, so they might be lamenting missing out on 1200% gains themselves. And the circle of trade continues.

It would have made for a pretty decent story of the house though - where we would have been able to pay it off a year after buying when we ourselves were in a precarious financial position. Not only that, pay it off with crypto, an asset class that looks to benefit those in precarious financial positions globally. Well, it doesn't look like that is going to be the story of our house, but I hope it is for someone out there and I hope that some of those people are one's I have talked to here and IRL over the years. That would be great as well.

Wouldn't it be awesome to hear the success stories of real people in crypto, rather than the tabloid stories of the people who made 100M or have 100M of Bitcoin trapped behind a lost password or something? I am hoping that in the future of Hive, there will be many stories of people who have benefited realistically in their lives, no Lambos perhaps, but a better experience for having participated actively.

Everyone wants to break through the financial walls as fast as they can, but it is much like renovating a house, it takes time, patience and energy to do so. Not everything is going to work, there will be surprises and, a lot of rubbish will be uncovered in the process. Eventually though, a decent place to live can be accomplished.