A couple of green candles in my feed today - pity they need to be about 300% longer to start getting a profitable return - is that depressing? The last few months haven't been great for my portfolio, against Bitcoin or fiat-wise. I don't hold that much Bitcoin, but I was hoping to add a little more, but then the price started to slide away and I am not great at selling. 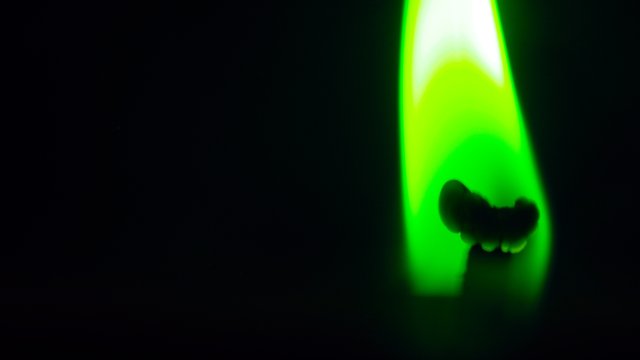 From an investment perspective, this year hasn't been great for extending, although all of the extra money has gone straight into an investment, our house. While this is normal, it doesn't generate income and will always be somewhat of a cost - at best, it serves as a store of value and I do consider it a better option than renting, especially in Finland where the rental prices are high and then the service fees on top can be quite ludicrous.

On top of that, most of the apartment buildings are built on rental land, which can add a lot to the yearly costs. We own the land ours is built on, so the rates are lower. There have been some recent cases where the rental land tax in some areas have increased by 500% and people have been forced from their homes. Rent-seeking behavior at its finest.

Renting can become a cycle that is very hard to break in some places, even though it is convenient and flexible and could leave extra disposable income, depending on location. The problem is as we know, extra funds doesn't mean those funds will be used to generate and for many, it will end up being used and lost, meaning there is nothing to "hand down" to another generation. This means that generational wealth is harder to build while renting. For example, my wife and I will hopefully pay our house off within our lifetime, meaning that Smallsteps will inherit at least a house, on top of whatever else she can manage to scrounge together in her future. Of course, I am hoping that she will be able to get a little more than that too, but that is going to depend on a more volatile asset class.

While I am looking for a change in the entire structure of the global economy in the long-term, I don't think it is a good idea to go "all-in" on that future and instead believe that incremental shifts of wealth onto the new economy is better. For me, my house is probably going to be the only real "traditional" investment and I think that because I own it and it is something tangible, that can more easily be moved into the new economy later, meaning that the value of it is the value of it and the only thing that I would need to do is sell it for Bitcoin or something, rather than cash. That would mean that the person buying would need to have BTC to transfer to me, not euros - instead of me taking euros and buying BTC.

I see that this is going to happen more and more as while goods and services will start taking crypto, individuals will start holding it too, meaning that they will be more comfortable in using it as a token of sale in their private lives, not just buying something through PayPal. Demand and supply.

While many people think it isn't "real", because of the way blockchains function, crypto is a lot like a house, location matters. That location is precise and whoever has the key to the front door, has access. It is about ownership - whereas centralized currencies are never actually owned, users are renters and those who have the rights are able to change the rates at any time, through something like printing trillions of dollars in value globally to combat a virus. How exactly does printing money help the situation, considering it is going to be counteracted by inflation and when things return to "normal", average people are going to have lost ground against the inflation rate?

But, all that money is being spent by consumers and being converted by institutions into something they own, as in this climate, no one wants to hold cash, with the rate of inflation increasing and negative interest rates punishing holders. as said, you might have millions in the bank, but it isn't yours, it is on loan - the price you pay to have it is not under your control, but you could use it to generate more income than the price of holding it. What do you buy?

I don't think that the majority of the world has a very good grasp on the way the economy works at a local level, let alone at the global level where there is so much complexity and obfuscation that it is impossible for the average person to understand, let alone effectively participate. The various steps and technologies over the last few decades has further removed our involvement and connection with ownership and as a result, we have lost most of the managerial control we have over our wealth. We use cards and touch pay, we don't even touch the money that we are renting from the central authority and, we are encouraged to consume and dispose of, rather than invest and hold.

Where this all ends up is in a massive disparity between the haves and have nots, but it takes time to become apparent as we look at the haves as people who have material goods - but in actual fact, the haves are the ones who actually own their goods, a much smaller group by far - most of us are renters. This is becoming more obvious now and we can see the social movements that are a direct response to the disparity and people recognizing that over time, the deck has been so heavily stacked against them, there is now nothing that they can do as they own nothing of consequence, other than the obligation to service their racked debts.

Ownership is important in this world and the thing that people should remember is, that no one is going to give it to you, it has to be earned - one way or another. One thing to consider is, if you don't know where your wealth really is, do you own it?