Murder on the Dance Floor - preparing for Web 3.0

Not a single buy.

That is annoying AF.

Honestly, I wasn't prepared for a big dump like this overnight, so I didn't have anything in set for a buy to lowball whatever FUD or manipulation has caused it. I haven't even bothered reading about it - as pretty much it is a bunch of people guessing. But, these dips are expected and while I didn't get the bottom, I did buy some RUNE. I would have loved to have picked up some $1.36 HIVE though. Some people might have almost tripled their stack if selling near the highs and buying this dip. Not bad. 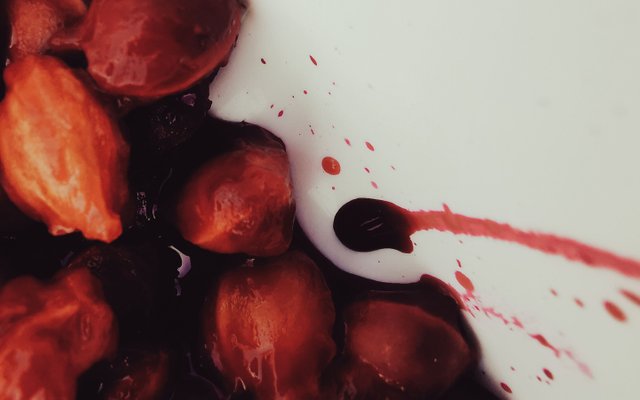 While a lot of people might be feeling a little antsy about things at the moment, it is all about resolution and time frame.

Sure, dips like this can be painful, but take a look around at the players in the game and you will see, they aren't getting out. It is not because they enjoy these dips as everyone wants to maximize their upside, but because the people who are really "in" crypto plan on staying in crypto. What I mean by this is that they are building their portfolio for the long-term and also, looking to build into projects with longevity.

Last night I was watching a clip from @khaleelkazi where they were talking about a "Web 3 Summer", meaning a period of time where like the ICOs of 2017, DeFi pools of 2020 and the (real) coming of NFTs capture the attention, imagination and the wealth of the markets and sees explosive growth. Of course, Hive is well positioned if this does happen and I do see this as a very high potential in the next two years.

The reason is that the entire world is changing and debt and wealth gap are going to dominate the global narrative for the next decade. This is going to especially be highlighted once the nonsense of Covid subsides and average people start to realize that the richest among us have extended the wealth gap over the rest by 40+ percent, leaving everyone else wallowing in debt. This is going to be simultaneously met with the increasing bright spotlight turned toward the role the social platforms play in these developing these situations and how while they enable a few to develop extreme wealth, it really is at the expense of the many - something that we here may know, but the average person is yet to wakeup to it.

As I have said before, the coming social battle is not going to be fought along left and right, east and west, rich and poor lines - it is going to be between centralization and decentralization. It is going to become abundantly clear that no matter who you are on this earth, chances are high that you will be far better off dropping the centralized proxy and making decisions for yourself on most activities - especially in terms of how you use your wealth, - if you have any left.

this is going to be a public, global and socially-powered conversation and it is going to question the very medium of the conversation itself. More and more, people will look for independence and independent channels, however, individuals cannot do this alone, it requires coordination, collaboration and of course - funding.

Do you see where this is leading?

Having the conversation itself informs the direction of future activity, meaning that like @theycallmedan has said many times, be where the ball is going to be. We on Hive are already there, we are already playing with the ball that everyone is going to be chasing and where the future activity is going to pool. And it is this that is exactly where people are going to end up, as socially we have moved our lives into the digital realms, much of our entertainment activity is digital and now, even our workplaces are decentralized to some degree, with people working from home. Are you going to spend your lunchbreak on Facebook, or making a few extra dollars playing Splinterlands, writing a post or creating a video, earning a bit on curation or adjusting your trades or pools?

When you are made aware of how much debt you carry, how impossible it is to get ahead in the current economy and how much potential there is to earn through activities tied to digital experience and tokenization models - there really is only one way to go.

While Hive is well positioned already, in order for there to be the Web 3.0 Summer, it is going to take a lot more models and forks to be built, when the time comes. However, what is going to be the most interesting part of this is unlike the ICO craze or the DeFi pools, Web 3.0 is not going to reduce much once people lose interest. The reason is that because of the very nature of what it offers, it becomes a substrate for all other activities, meaning that once people move over, it will start to house increasing numbers of business models and therefore, activities and the generation of increasing wealth that is built on and interacts across blockchains.

Instead of retracting, Web 3.0 will grow.

If we look at markets as representations of demand, demand is always going to be driven by cultural movements. This means that as we as a society change, what we demand changes alongside and this drives growth in new industries, innovation and new mechanisms for people to interact with. Web 3.0 doesn't have to reinvent the wheel completely, it just has to find ways to integrate a decentralized ecosystem and economy. Easier said than done, but not nearly as difficult as a lot of people think. Once there are hundreds of millions of crypto-powered, socially-empowered and motivated to earn users - everything changes, including the current economy.

And this is where it is going to get interesting in regards to the battle of centralized versus decentralized. On one side there will be the centralized methodology of trapping people into debt and draconianly forcing people into submission and working as cheaply as possible and on the other, the decentralized approach of empowering people and rewarding them for being their best.

I know where I plan on spending my time, energy, intellect and money.