Not quite a Splinterlands report

A short journey in

A month or so ago, I caved into peer pressure and bought Splinterlands card packs to speculate on the price and two weeks ago, I opened some of them and started playing, as well as benefitting from card delegations from generous friends, as well as some tips along the way. This means that while starting from scratch, I wasn't exactly starting from scratch either. 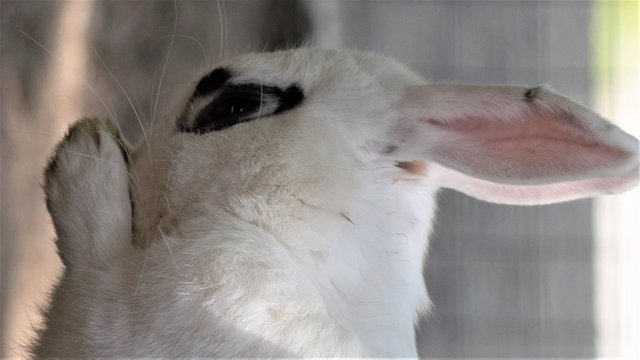 I am still a bunny, but I played 412 battles and won 210 of them, giving me a win percentage of just over 50%. I have "wasted" a lot of time trying to work out the game and strategies, which was also a lot of fun. I was talking about the game to a friend today and saying how one of the main reasons I started playing was to stretch my thinking processes a little after having a stroke 6 weeks ago, as it makes me do some simple but relatively quick calculations in my head, other factors in the game, like attributes of speed, power, attack etc, as well as the strategy in general and the types of games. This isn't always easy for me to do, especially on a timer.

Note: I have just found out that 412 rounds is a lot to paly in one season :D

So here are my stats so far: 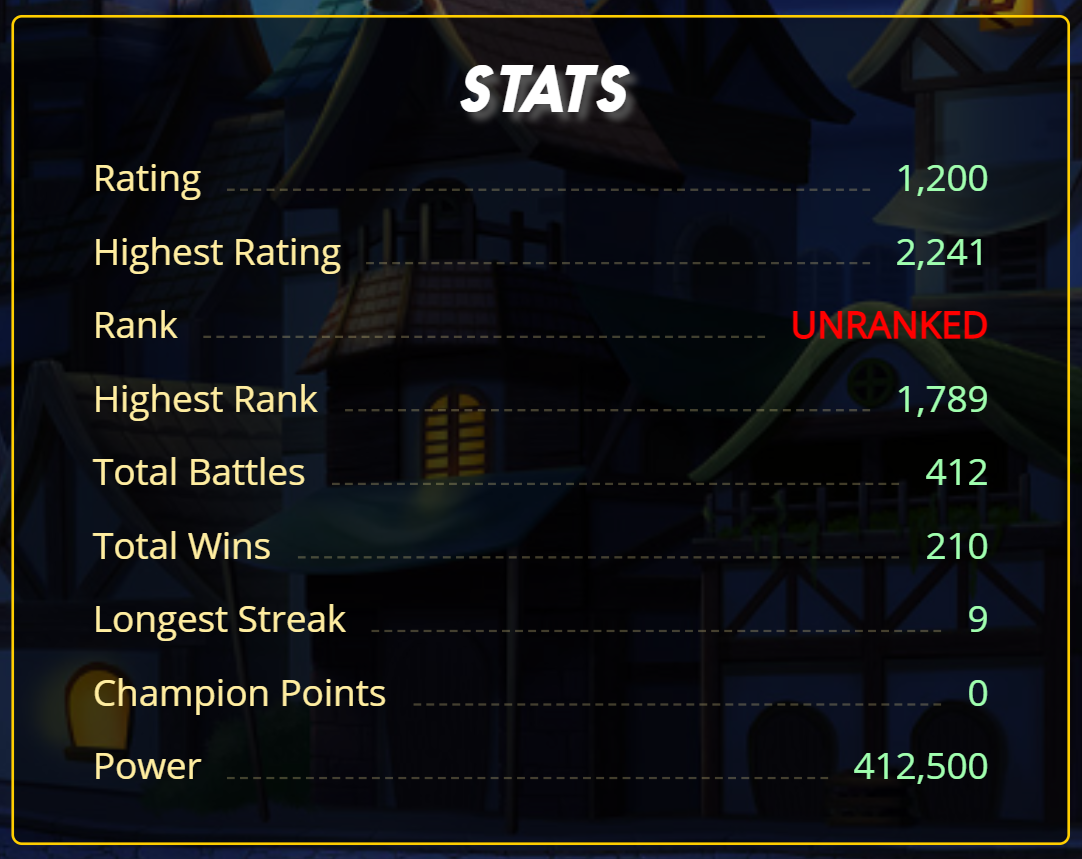 And in the last and my first season, I managed to reach the Gold II League. I don't know what is good or bad in this regard, but I am guessing that if I really had to start from scratch with small money spent, I wouldn't have got anywhere near as far. 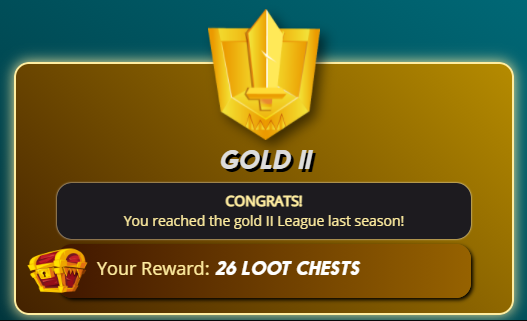 So, what have I spent?

Well, this is a bit of a tricky thing to workout, as I don't really know all of the bits and pieces, but I do remember the major ones.

I might be forgetting some small things, but this is about 1270 dollars worth spent in the last month or so on Splinterlands.

The value of my collection:

Just a few moments ago, I decided to open the 40 DICE that I had left on Hive-Engine (I sold 10 the other day) so I could see what the difference in value was. The other 110 I have, I am holding in-game to get an airdrop or something later - I am not sure.

Granted, I bought about 30 dollars in potions also, but that is a 50% gain in seconds. Considering I paid 4 dollars a pack for them, that is 160 dollars buy value, turned into 770 a couple weeks later.

New value of my collection:

The next thing to consider and something I didn't have any idea about earlier, is that there is a 365 day airdrop of the SPS token, which is able to be sold or staked daily. I suspect that at least for some time to come, this is going to fluctuate in value quite a lot, but at the moment, I am getting about 50 SPS a day with a spot price of about 44 cents each.

In a hypothetical world where the price stayed at that rate, it would take about 6 weeks of airdrops to cover the total investment I have made in the last month. There are obviously quite a few people out there receiving massive amounts of these tokens and since most would have bought in early, they are possible clearing their initial investments in a matter of days, especially since the Splinterlands marketcap value has gone parabolic in recent months.

As far as I understand, there are a lot more things in the pipeline coming and as more players start playing the most popular game in crypto, value should increase far more. Not only that, because new assets are being printed, there will be more opportunity for new investors to get in and and gain investment value also.

Not only that, this is a game on the Hive Blockchain and each account created becomes a Hive account and this creates a lot of synergies (I hate that word) in the future, with them all feeding off each other and compounding to create a massive pool of value. This future value will increasingly be used in AMMs and the like to create DeFi products and generate even more value across the entire network. this is what Hive was designed to facilitate, it just takes time to build the industry it needs to align its attributes.

Worth having a look at?

Now, I don't think I am going to do many Splinterlands posts, but I thought this would be interesting for some people to read from an investment perspective, from someone who has been around this blockchain awhile as an investor, but has only just got into Splinterlands as both a player and an investor.

It is very possible that at the same time I was doing this, there were other investors doing the same and getting into Splinterlands for the first time and effectively getting a 400% gain in a month or two and now getting an additional 20+ dollars worth a day of SPS dropped to them, whether they play or not. From an investment perspective, that has to be an attractive return for even people in crypto.

If they are playing as well, they are also getting DEC as rewards and if they are completing the quests and the like, earning more rewards, with the potential to get some decent cards with good values in the mix. All while having fun playing a game.