Here we are, back for an infusion treatment for my stomach issues. So many issues...

It is hard to focus on what needs to be done, when there is always something else that is stealing attention. Like seriously, I don't know how people spend so much time consuming videos on YouTube when there are so many other things that need to be taken care of first. Am I just really bad at managing my time? 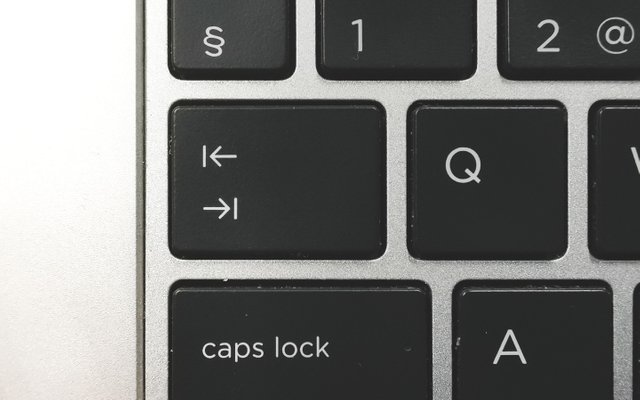 But I can't possibly be that bad in comparison to everyone else, can I? More likely, it is just a priority issue, where my hierarchy of what is important in life is different to others. While I want to avoid much of the rubbish tasks like anyone, I also have enough experience that avoidance just postpones the inevitable and often, it ends up requiring more effort to deal with it later. It is like maintaining lifestyle even though less income is coming in - the saving might be there, but as they whittle away on a prolonged downturn, it can quickly become debt. ​

Many people don't seem to mind living an indebted and indentured life, as long as they feel they are doing okay and can "buy" some luxuries. I don't think taking a loan for a TV should be considered buying a TV at all - yet people get this false sense of ownership because they have it in their home.

Time is money, but it is attention that is the currency we use to trade on it, and we seem to spend our attention on all kinds of things that don't actually bring much value to our lives. I was talking to my brother a little about this in the morning.

We tend to focus our attention on what we love and hate, but on all of the boring stuff between we ignore. Like @azircon was saying to me the other day, if you have a job, program (consistent) buying into some indexes and the like will be enough for most people to have a half decent retirement, but it is boring and it is very slow. People want exciting, they want "massive gains" so they can retire tomorrow instead of ten or fifteen years from now.

For those who are young, they could very well retire 30 years before retirement age comes, but most are paying attention to what doesn't build the foundation they need. They spend their time entertaining their minds and filling their learning with ineffectual and irrelevant trash, believing it holds value because it feels good to them and signals to their peer group that they are a certain kind of person, in the right group - whichever choice of social poison they chose.

I remember having a discussion with a user here who had a very bright future on pre-Hive and they were arguing that investing is for old men, young people don't care for such things at this time, they will get into it later. They are right and wrong. What they will find is that for most of those "rich old men", they started investing young and they weren't the norm either. Most elderly people today are struggling to make ends meet, still hoping to win the lottery.

And that was based on different times, when people could save and earn significant income through interest rates, buy affordable housing and of course, not feel that they needed to spend every dollar they had on impressing their peers or filling their attention with subscribed entertainment services.

They had a bright future, but that future here required participation and they didn't have the stamina, even though they had the skill. Plus, they didn't want to learn about how things actually work, they would rather base their understanding on their assumptions, paying attention to how they feel things work. There are many people like this in the world - people who say they want different, talk about improving the world - but that is all it is, talk.

We each have the same 24 hours in a day and a lot of our outcomes are only separated by where we place our attention and activity. I know a lot of people who have spent their time fulfilling their dreams of activity, filling their attention with all the things they love the best they can, but the best they can keeps reducing, as they are increasingly less capable of paying for the needs of their activity.

I was talking to my five year old daughter about this the other day, as she had some euros in her purse and wanted to spend it. I asked what she was looking for and she didn't have anything in mind, so we talked about whether it is good to spend if we don't really need anything. Plus, I added the difference in costs of things and expensive things require saving - spending the small amounts now in order to satisfy the want for something new, means never having the large amounts that satisfy the large wants.

She is five - it will take some time for her to grasp the concept, but in coming years I will continually build upon her understanding of economics and decision-making theory, using practical examples relevant to her life. My hope is that one day she will inherit a fortune in crypto - and it won't change her life much at all, because she will already have her own portfolio and the knowledge and confidence in her ability to generate value for herself. Her attention will be on her own activity, not the hope and entitlement that mine will provide for her quality of life.

Needs and wants. It seems that increasingly, people are unable to differentiate between the two, nor are they able to understand and predict how these will change within their lifetime. all of those shows watched, all of those games played and all of those drinks drunk will amount to what when they are forty, fifty, seventy years of age?

Yes. But that life is likely to be over eighty years long and if we have to live almost half of it in poverty because we were unable to discern want from need, unwilling to invest into building a foundation and our attention into growing from it - will we feel we are living our "best life"?

We will be living our best life, it is just that it will be the best life we did the prep for living, not the best life we could have lived. This is not about money alone, it is about having the means to have opportunity available and regardless of what you believe, it isn't someone else's responsibility to just hand you opportunity, especially if you have proven in the past that you waste opportunity when it is handed to you.

Yet the young are unwilling to listen to those who might.

Pay attention and you will see a near endless stream of possibility. But, when our attention is turned toward entertaining ourselves in order to avoid having to face the difficulties of life, we are going to miss the vast majority of it - because it is in those difficulties that most value is found, because that is where the problems lie and therefore, that is where solutions are needed.