A couple months ago I powered down some LEO, but then kind of got stuck umming and ahhing about what to do with it as it lost value (even though I wasn't looking to sell) and I wasn't sure if I should power it back up with the rest of my LEO holdings or stick it into the BLEO-BNB Farm on CubFinance. So, it just sat there doing nothing - uselessly. I was about to power it back up, but after talking to @revisesociology, I decided to pair it with some BNB and stick it into the Farm instead.

Except, because I wasn't paying enough attention, instead of sending it through BLEO, I used the WLEO interface with my BSC address and as soon as I realized my mistake about 3 seconds later - it was too late. Gone.

I tried to pull it back, no cigar. 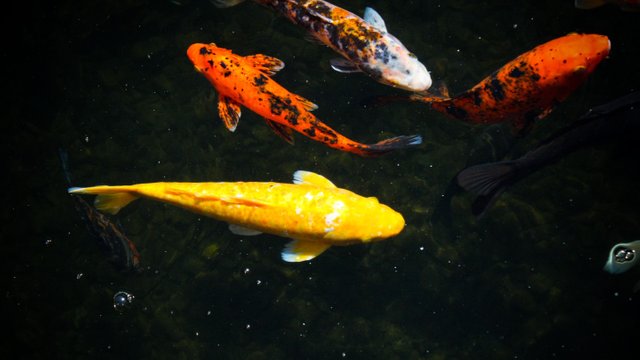 Or so I thought.

I don't know much about these things, but I was able to get some help from a friend who does know a lot and I won't namedrop as he is very busy and should be working around the clock tirelessly, not answering noob helpdesk requests. But thank you for taking the time!

I didn't realize that the BSC address has an equivalent ETH address, which meant that the WLEO was there on my MetaMask, just on a different chain and by adding some Eth for Gas there, I was able to pull it back. The whole exercise cost me about 30 dollars in GAS fees (Ethereum is silly), a little heartache as I figured I had lost a thousand dollars worth of LEO in a stupid mistake (I don't make these errors often), some time to work it out from friends and - lesson learned. Generally, the cost of the lesson is worth more than the failure - but I have done similar in the past many years ago, so it seems I needed to pay again.

Last night, Kingdoms launched again and added some single-side pools for BTC, ETH and USD, using Belt Finance. I like single sides a lot for these kinds of assets, but it worries me a little, as in order to place them there, it means converting into for example, BeltBTC. This means it isn't a native BTC and while I put some there, I have effectively given up ownership of my BTC and instead own BeltBTC.

While I have done this before converting BTC to BTCB (Binance), for some reason it concerns me more now. While I can't guarantee (even though they said) Binance was exchanging 1:1 and holding the Bitcoin in reserve to convert back when needed, I had the sense they were. While I put a fair bit there, if I felt more secure in Belt, I would likely put a fair bit more there too.

Does anyone know for sure how Belt handles this?

I haven't been trading much of late. Firstly, it was the downturn and rather than sell I hold all the way down and now, I don't trust myself to make good enough decisions. It is not that I made good decisions before, but as evidenced by the cockup with the LEO, I am not exactly processing things fast enough and my attention is struggling. This is not a great place for trading, so I have largely stopped, though I have set a few buys nd sells around the place, like on HIVE that spiked to old sells and then I bought back 20% down the next day.

I read a quote from @onealfa on a post a little bit ago saying,

Crypto brings the wealth from impatient to the patient.

This has definitely been my experience and I would be wealthy if I had been more patient over the last 4 years. For the most part though, I feel more that I have been lucky. I am definitely nowhere near wealthy, but at least I have managed to get in the crypto game with nothing and work my way to today, holding more than what I started with and, knowing more than what I started with.

As said, lessons are generally more valuable than the cost of failures and over the years, I have made failed a lot and often enough, repeated the mistake a couple times, just to make sure I was wrong. Patience is one of the things that benefits us in so many ways in life, but it shouldn't get confused with passivity. A lot of people call themselves patient while they are waiting for something to happen, but continuing the analogy from OneAlfa's post, the spider has already built the web, before the fly arrives.

Good things come to those who prepare.