Today is Hive powerup day and I thought I would try to kickstart a run on the price of HIVE by powering some up. Just about every time I power up any significant amount of HIVE into my account, price will spike and I won't be able to catch any sells on it - if this happens again now, you are welcome. 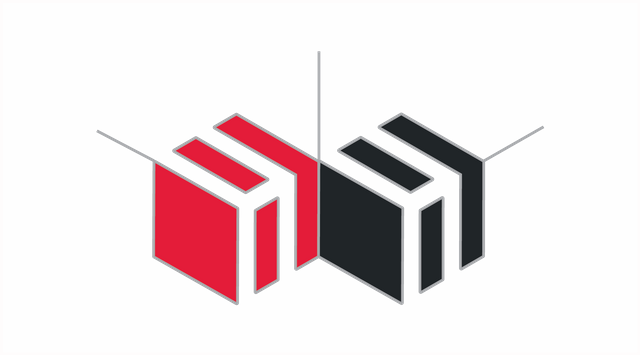 I decided to make it a decent powerup this month also, and added 10% to the total HIVE POWER I hold by adding 21,000. This puts me at 11K under a half whale. This is HIVE that I have bought off of exchange also, which I don't mind powering down if needs be in the future, but I tend to have trouble clicking that powerdown button, so it will likely just stay in my account for some time to come.

As the title suggests, this is a bit of a random post and on the first of the month, I get the reminder from Hivebuzz about my monthly author badge. I have been on the platform since January 28, 2017.

So, out of those 51 months, I have got a badge for authoring at least one post a day for a month straight, 48 times. Of the 222 weeks, I have missed authoring a post on a day for 10 of them. That means that all of those 10 weeks missed where I didn't get the badge, appeared in the same three months. I actually haven't missed posting since something like May 2017. But hey - consistency is meaningless.

I wonder how many of the 37,264 since I joined have been spent here on Hive. I suspect, it is a lot of them. There has been about 134,153,581 seconds since I joined too, which means that with a block every 3 seconds, I have been on Hive for 45 million blocks. It would be an interesting metric to see how many of those blocks an account appears on and what kinds of transactions they are triggering. For example, an autovoter account might have millions of votes in that time, but not a post on a single block. A spamming account might have tens of thousands of posts, but very few comments received transactions.

For me, I have made 41873 comments, received 64138 comments, delivered 81053 votes (99% manual) and received 818032 votes. All of these will trigger something recorded to the hive blockchain referencing my account and the account of someone else, and I find it interesting how in the future this technology is going to be used t cross-reference billions of people and tens of trillions of interactions to provide all kinds of interesting data and possibilities.

Still sticking with the random...

In just over a month, the supply has been decreased by 1.15 million HIVE, by using the overinflated price of HBD to buy and sell HIVE to reduce the inflation. This counteracts about half of all of the rewards in that time, without affecting the rewards pool much. However, it has also added over two million worth of HIVE to the Hive Development Fund (HDF), so there is a lot of good going on there, even if HBD isn't stable.

After the next hardfork (HF25), there are some mechanisms being put in place that will hopefully peg HBD and possibly a staking option that could see between 10 and 20% interest paid on HBD in the savings wallet. This is a pretty decent rate, so for me, I am selling my inflated HBD for HIVE and might buy some stable back in the future and put it into my savings wallet for a little passive income trickle. It might not offer as much as some of the DeFi products out there, but if it remains stable, it is nothing to sneeze at and I like having it all held on the Hive blockchain behind my keys. I would like to see more DeFi products created in this way on Hive.

But, talking about HF25, the other change that is going to come is the change of the voting window algorithms, effectively removing a lot of the game in curation return. There will still be a little, but with the first window being 24 hours wide and three windows in the seven days, there won't be much. This kills the benefit of upvoting early which has been dominated by the autovoter bots, but this doesn't kill autovoting.

I have got this question a few times in discord of people worrying that firstly, they won't be able to compete for curation return and secondly, they won't be able to use autovoters. On the first point, most real curators will benefit from this change and I suspect it might improve the average curation for manual voters by around 20%. Those who will still use autos won't be penalized if they vote early or late, meaning that autovoting becomes a true shoe of support of an account, not a way to maximize curation returns. Hopefully, this will lead to an improvement in what kinds of content gets supported on average across the platform, as there is no benefit in voting on crap, just for curation.

I vote a handful of people with autovotes and will continue to do so, but I might make a change as to when I vote them. At the moment, the majority of votes pile in within the first few minutes because of the window and the curation game, but post HF25, it might be more beneficial to space the votes out within the first 24 hours, as while there is no financial benefit to make the change, perhaps there is social benefit and more game in building expectation and uncertainty.

What I do hope will happen though is that once there is little reason to vote for curation return as it is pretty much static, people will be more willing to spread votes further on content, but also pile their votes onto already highly rewarded posts that deserve a decent return. Some of these posts will be the random posts that are brilliant, but I also think that there should be incentive to build a presence on Hive as an author and that presence requires building for consistency.

I mentioned consistency above in regards to content creation, but it has to come in other forms too. for example, I enjoy relatively consistent support on the platform because of numerous factors and there are very few here who have been able to offer what I have offered. What I mean by this is that I have looked to build my account around what I can consistently offer the community and have successfully built a niche for myself that is relatively stable. However, I also know that with a change like what is coming, my own community support is under threat, as people adjust their voting behaviors.

What I hope as a content creator looking to also earn, is that the content itself will still be seen as valuable enough to support. But, there is no guarantee to that as I have no power over any other voting stake than my own. Now that I have powered up a bit more, I am currently sitting on the most desired position ranked by HP.

What this means is that in terms of HIVE earnings, I actually have a stable floor value, as even if all of my post earnings are wiped away, which would suck considering the time I put into all of this, I would still be able to control a small percentage of the pool through my voting behavior to earn a relatively solid curation return. My hope is that going forward, Hive the blockchain starts to et increased traction in the crypto industry as one of the oldest and most active communities in the scene and HIVE price will increase in response. 4 or 5 dollar HIVE and I would be able to not only live off curation, my voting would be able to empower many content creators to do more of what they love in the increasing world of the online gig economy. That would be pretty brilliant.

I am looking for a few more accounts to follow and vote from time to time, so if you know of any or if you think that what you offer the community is unique and worthy of support, please drop a comment below and I will check it out and perhaps give a follow.

It doesn't matter if the account is old or new, but I would rather have the kinds of people who will make the pledge that @theycallmedan mentioned several years ago - "I will powerup more HIVE than I will powerdown" - I have stuck to this and have added about 160K Hive to my account over the last year in hope.

A lot of us hope that Hive will build into a hub of many value streams, both economically and socially, but hope alone is never enough.