The cost of crypto change

One of the problems of technological change is that in order to bring in the new, the old gets replaced and this means that those who benefit from the way things are, lose their benefits. This is not a difficult concept to understand and there are many examples to illustrate it from industry, but while we often talk about the things that get replaced, we tend to forget that replacing things, also means that people are replaced to, or at least are forced out of what they have known and into something new.

I remember reading a couple years ago for example, that if self-driving cars were introduced into the US at the snap of fingers, eight million jobs would be lost in the transport and the service of transport industries. It is easy to say that these job losses will be absorbed by the emerging industries that replace it, but this doesn't factor in that people are people and recoding humans is harder than a machine. 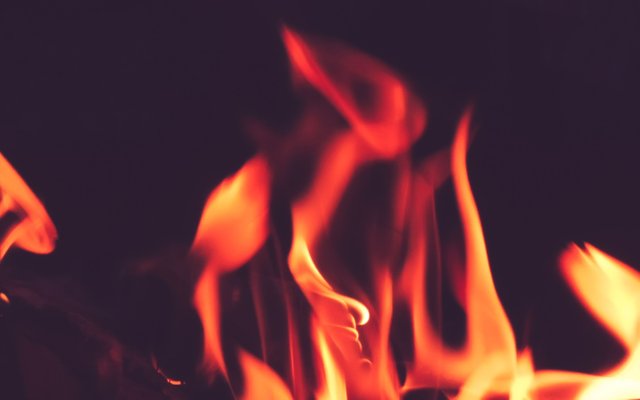 Just think about if you had to retrain into a fundamentally different position than you know and work in today, could you do it? For example, if you are a factory welder, are you likely to learn how to code well enough to make a living from it? If you are a coder, could you learn to weld proficiently? Maybe, but the learning curve is going to be large and it is unlikely that you will be able to retrain to a level high enough to compete in the marketplace.

Industries themselves will look to protect themselves, like the taxi industry that has globally tried to shut down the ride-share alternatives. Or the oil companies who are slowing the progress of electric car adoption by pushing through lobbied legislation. The car industry is old, the energy industry older - the banking industry, very old.

Some of the greatest innovation in the last few decades has been in the banking sector, where they have successfully created a host of new investment vehicles that have generated a massive amount of wealth globally - for a few people. The smartest mathematicians on earth aren't working on getting us to space, or solving the energy crises - they are working for Wall Street on how to generate more wealth and inevitably because they are so good at it, that wealth is getting concentrated in fewer and fewer hands.

However, back at the launch of Bitcoin, the first real challenger came to the table, has been laughed at ever since and was earmarked to soon be dead. Yet, it has not only survived, but it has thrived and by its very nature, fractured off into many forms.

When it comes to decentralization, because we tend to focus on single projects, one of the things that we tend to forget in crypto is that it is not just for example the Hive blockchain that is decentralized, it is the entire industry. They often talk about a token "rivalling Bitcoin" as if there can be only one, but that is not the case and should never be the goal - as we already know that a decentralized ecosystem is far more robust than a single centralized.

in a hypothetical world where for example Bitcoin was so badly compromised that it can no longer function as a chain, do you think that crypto dies? Just because it was the first and is the most valuable, it doesn't mean that the rest of the industry can't survive without it. Sure, it would be a public hit to crypto, but I am quite sure that all of the other chains of any repute would benefit from the downfall, as value very quickly moves away from the failed chain and onto the surviving.

Killing Bitcoin doesn't take away the benefits of decentralization, nor does it take away people's beliefs that change is needed for better and decentralization is part of that better. The Bitcoin maximalists don't throw up their arms and give up, they just find something that works better. at this point however, I don't think Bitcoin is going to fail anytime soon - but who knows with technology.

But, even though the crypto industry is a tiny slice of the global economy, especially once we start factoring in the derivative market, which is 4x the value of everything else on earth, it is still disrupting the old industries and is going to have massive impacts on the world of finance, which is a core layer that sits atop the entire economy to feed value back, forth and across. Financial institutions in their many forms are the gatekeepers of the economy and as such, have privileges that increases risks for all users.

Just like your account on Facebook is not actually yours, it is theirs - your bank account belongs to your bank. If they want to freeze it, drain it or delete it - they can. Sure, there is legislation in place to protect you right now, but is that always going to be the case? If history is anything to go by, no.

But, the more disruption that happens to the industries that benefit from current conditions, the more desperate they become and the more volatile and predictably unpredictable their actions. Unlike a blockchain that runs on code and to change the code takes consensus, these organizations are run by people with a lot of skin in the game and they aren't going to give up their wealth and power graciously, they are going to go down swinging.

They can already sniff in the air that their reign is coming to an end, so they are doing all they can in order to gather as much wealth and turn it into something tangible they can. They know money is trash, so they don't want to keep it either, they want to own property, businesses and assets that have scarcity, not something that the governments are able to print at their will, whenever they need to pay for handouts to stop revolt of the masses.

This means that the banks too are going to have to move increasingly into crypto also, as crypto is the new property and it is where the new businesses are going to reside and build from. This means that their own investment strategy has got to be, to slowly destroy what they are benefiting from now, otherwise they know that they are going to be left holding the fiat bags and have no position in the new economy, rendering them entirely powerless.

Ever heard of powerful organizations giving up power willingly? Even when an industry has been proven beyond a shadow of a doubt harmful, it will still maneuver as much as it can in order to survive. We have seen this with the cigarette industry in many ways, from the lobbying to maintain market in the West, to the ramping up of smoking campaigns to the young in the East and Africa.

Change always means harm to the status quo, even if what that change brings in ends up being better on average for everyone. People only really think about themselves in much of their decision making, and no one wants to be in pain, especially if used to the ease of luxury. But, once the inevitability of the situation sinks in, they will be among the first to move as they have the understanding and wits to recognize the trends early and know that if they do not, they are going to lose everything they have worked for.

The current cash cow economy they have been milking is heavily cut and bleeding to death and as much as they don't want to, they know that they need to move their reliance on that cow to find another. Even if the next cow doesn't produce as much milk for them, it is better to have some. They are willing to pay the cost of change as they realize that even though they will feel the immediate loss of their preferred vehicles, they know that once they have a position in the new economy, they will be able to raise new cows.

What they don't yet realize is that the nature of blockchain and crypto is fundamentally different to what they are accustomed to controlling, because they will not be able to control it. Sure, they could potentially take control of the Bitcoin chain with a lot of effort and expense, but what will they actually have bought? Likely, a dead chain, because people will migrate to other versions of it, because they aren't bound by the gatekeepers.

In my opinion, the future looks incredibly bright for the crypto industry, but that doesn't mean it isn't going to be unchallenged. It is going to get heavily attacked in many ways and it is going to have to convince people for years that it is a better system after all. But, this will get easier as the more that join, the more robust the industry becomes, because while centralization takes the "one ring" approach, decentralization understands that there is strength in numbers.

There is always a cost to change and when it comes to shifting the economy that we are all part of now and will be in the future, at least some of that cost is unavoidable. It isn't just financial cost either - it is going to impact on the way we work, how we interact with each other and every facet of our shared experience that matters to us. It doesn't matter if you want to pay or not - change is coming and there will be costs to cover.