I have been creating on Hive for as long as the blockchain can remember (almost) and have managed to earn a fair few tokens along the way, as well as been encouraged enough to buy a few more. I am lucky in many ways to be where I am, but I also live by, the work has to be done for luck to play its part, and I have done the work.

However eventually, it won't be enough. My time as an earning contributor is limited - hopefully. As I said to @acidyo though, I ain't dead yet.

Eventually, I am hoping that there will be way, way more contributors who add brilliant content that gets support by, millions of consumers each day and in that space, there might not be space for me. I am okay with this and for three years have been working toward this point, which is why I have been powering up consistently, as regardless of my own contributions, the benefit of Hive for a powered up account is as a consumer. 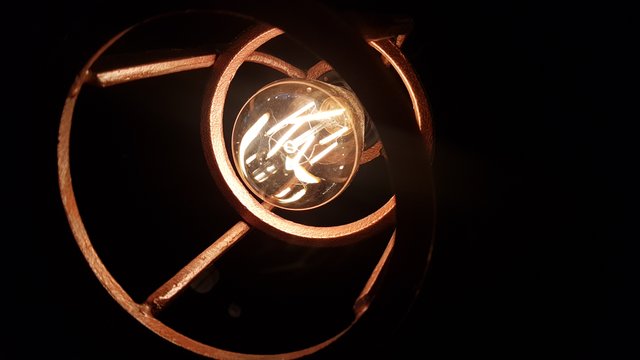 Don't misunderstand, I love writing, but eventually the attention will be drawn away and dispersed and the "old guard" will scatter on the winds and spread across the four corners of the blockchain, to find new activities. We can see this happening in some regard now for example, @theycallmedan searching for an assistant to take care of some of the on and off chain daily legwork, to free him up for other things that might be more valuable to him and the community.

As a writer, it is a challenge in many ways to be able to consistently create consumable content and those who do, know just how hard it can be. But, this is the world of the attention economy and attention is very hard to maintain long-term, especially when there is a lot of value at stake, because value attracts competition and eventually, even the best will fall behind, even if they were once on the cutting edge, a leader, influencer and a trailblazer who inspired others who followed to outperform them.

"Being like Mike" isn't good enough - you have to be better than Mike in order to compete because the bar keeps raising through the process of evolution. Faster, higher, stronger, smarter. Once a record is set, all other competitors in the class are looking to break it - and the pool of willing contenders grows the more value there is available on the table.

The Hive in the pool is worth a couple hundred thousand dollars in total currently - imagine if it was distributing 8 million instead - that is about 10 dollar Hive value. Do you think that would attract users willing to try their hand? Would that push the value up to 20 and 16M out of the pool? But it is not just this, as not only will contributors come, but new experiences will be built that draw on the attention, new games and business models as well as other tokens will be vying for attention.

If you are struggling to compete for attention now under the current conditions, how do you expect to compete when there are 1000x the number of active users - that would make it only about 10 million users by the way. You think you have hustle and grind, you got game?

But, you might have some stake. While earning from the pool as a creator is going to get more difficult, as a consumer we can be spoiled for choice, with tens of thousands of brilliant creatives and developers out there looking for our attention and support by producing content that we love. And these people will be signing in and creating for reward because they are great at what they do and they won't be able to rest on autovotes, they will need to constantly work to stay in touch with their audience, to stay relevant, to keep up with all of the competitors looking to draw attention away.

Everyone can create on Hive and for me, I will likely continue on for years, but it won't be to earn, it will be because I enjoy the process and love what I do. But as a consumer, there I will be able to continue on earning indefinitely, as that is the value of stake, it has draw on the pool through community development and support.

I have consistently added at least one post to the blockchain a day for 3 years straight now and up until this point, not once have my curation earnings outweighed my creation earnings. For some, this is a point of contention perhaps, others jealousy and others still, evidence that effort counts, - but this is the case.

I call bullshit on, "Love what you do and you'll never work a day" and instead believe, love what you do and you will work as hard as you can to do more of it. It is why so many creators burn out and wither, they don't love what they do and their incentives aren't tied to what is within their control. I have zero control over what I get rewarded, other than what I can offer through what I create. I can affect what I contribute.

The investment into Hive Power is part of my contribution to the community too, and if things go well, will be valuable for all. Not only does it lock up Hive to create some level of stability, it can also be used by me or those I delegate to add value to others in the community and direct some portion to places I consider worthy - which changes over time too.

At the moment, I have a vote of $1.73 @25 cents - so ~17 dollars a day or about 120 dollars a week. Since I don't self-vote, at least 50% of that goes to members of the community. 60 dollars a week is a significant amount of money in many places in the world - and this isn't charity, it is being distributed on activity - work of some kind. While people can make all sorts of judgments on how stake is used, I personally think I do a pretty good job of adding value to the community with mine as well as what I contribute at these prices.

One day though, I am hoping that we are 50x up from where we are today and instead of 120 dollars a week, I will distribute 6000 a week. That means that I would get about half of that through curation and, the flippening happens.

The higher price goes, the less Hive is earned and, the more eyes get drawn into the space and onto content. At no point was my content (even at the highest highs) getting hundreds on it meaning if we went back to those highs, I would be earning more through curation than through contribution. I would say that there would be quite a few in the same boat by that point and what that will mean is that people will contribute less or be encouraged to contribute less, especially if what they contribute isn't perceived as value adding and this time with 2.5 downvote reasons, encouragement to curate instead of create can be influential.

This doesn't stop people from creating though and if the community feels what is added to the chain deserves value, it should get value, but it will be more likely that some of the older members who have spent years and faced risk to have built and keep their stake, will sit back a little and spend their time enjoying the fruits of their labor as consumers. Some will drop out of the space entirely, as life happens and people get tired.

But, what all this hinges on is the ability for Hive to proliferate and create a space that has a lot of consumers of the content created and while other platforms have celebrities now, we have normal people. This is far more valuable than people tend to think as what Hive can become is the economy that isn't driven by a handful of "King Maker" authorities, but a community of engaged people who are interested in supporting other real people who do and make great stuff.

Who gets supported long-term is going to depend on their ability to hold attention and in this world, holding attention for a long period of time is unlikely. It will be a highly dynamic environment, but because of the distributed network and the introduction of secondary tokens, the "popular" authors will come and go from all kinds of regions at all different times. Rather than having a "winner takes all" type scenario as we have today due to narrow and profit-focused curation on the centralized platforms, it will be, many different winners, all of the time.

This makes the chances of gain better for contributors, but the level of gain lower. Rather than a couple of astronomically high peaks and little else, the distribution of value will more resemble rolling hills. There will be differences in results factored by many points, but the regulation of value will be in the hands of the very many and, those many will have a very diverse set of interests - too much pooling in one area and the community will react to redirect it to another and the dynamic environment makes maximization hard as "the best way" will be unclear.

Trends will come and go, topics of interest will change, contributors will fall in and out of favor - but the platform can thrive as a collection of owners who will shift and evolve themselves on the will and decisions of the community itself.

Damn it, I was meant to get to be early and the sun is already getting ready to come up again...