Over the last few weeks, I have seen a few articles and had several various people mention the potential for interest rate hikes that will affect housing prices. I have been reading mostly about the Australian market that has seen massive gains in housing values over the last couple years and now, there is concern that if interest rates increase, it will all come crashing down in a metaphorical house of cards scenario.

Debt has "never been so cheap" to take on and this has mean that a lot of people have been borrowing to buy all over the place, whether it be housing or electronics on buy now, pay later (BNPL) conditions. The problem is that the pay later will eventually come and when people are extending themselves past what they earn now and into areas that are affected by interest rates, they are overextended. This can make sense for some, but when people are taking on debt to their limit at the current rates, if those rates move upward, they can no longer service the debt and they risk defaulting. 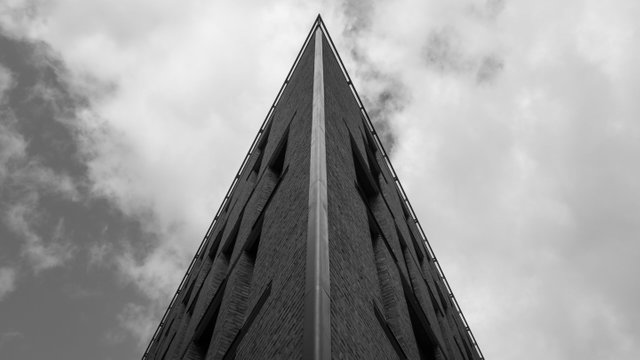 But, when money is easy to get, it is also easy to spend, which is what we have seen in the housing market. People are flush with the bank's cash, so they don't mind paying more than what something is actually worth, which is what has driven housing prices so heavily, with some houses selling for 30% more than the expected upper limit. This sets up very precarious conditions, as when people are extended to their outer boundary for debt and what they have bought was overpriced, their "asset" is potentially highly depreciative.

Housing is a decent store of value, if paying a decent price for it, but when paying 30% more than its value, it essentially becomes buying a new car and driving it off the lot. If interest rates rise and a person has to sell, the first seller may be able recoup the majority of the value, but this can trigger a landslide, as interest rates rise for all and many are well past their limit if they move up even marginally.

On top of this, I was writing the other day how the bank of parents has been financing their children to get into the housing market, which sounds like a good idea, until you consider that the values are well overpriced and those who have bought are overextended if interest rates rise. The additional money from parents has been used to back additional debt, with every dollar received adding 4 dollars of bank credit to buy. Parents have so far put in 33 billion dollars in the last year and as interest rates rise and their kids can no longer manage the debt, they will either have to inject more cash to float them or, watch them fail and lose what they had put into it. Banks get their money before parents.

What this means is that parents have enabled their children to overpay into a market that is likely to collapse, as interest rates at the lowest they have ever been will eventually increase and people are unable to service their debts, causing some percentage to default and crashing home values. Long term for those who can survive, this might not matter too much as prices will eventually recover to some degree and everyone needs a place to live anyway, but that long-term view is in the length of decades. For those who have cash to buy real estate, a couple years from now looks like a very good opportunity, as unfortunately, many young people who have finally managed to get into the housing market, will end up defaulting.

The last year has seen unprecedented cash printed and injected into economies around the world and yet, household debt is increasing. Australia has the second highest rate of personal debt in the world and with so many young people using BNPL services (that have seen a meteoric rise in company value as a result), this is just set to worsen. Fiscal irresponsibility isn't only managed at the governmental level.

The other day I wrote a post about preparing for the bear market and this is related. With debt being "cheap" at the moment, we have effectively been in a debt-seeking bullrun, where rising inflation will be the bear returning. For those who have taken the cheap money but have not used it to buy something that has an appreciating value to prepare for the bear, they are going to suffer. For those who bought into the idea that it is so cheap, best take as much as you can, they are likely to have done fundamental harm to their financial future. I think it is safe to say, most didn't buy Bitcoin at the low with the cheap debt.

When we took a loan last year for our house (technically two loans), we made sure that there is a collar in place and we pay a little extra for 10 years of upwardly locked interest rates. But, we also stress tested our loan at a far greater percentage and took the bare minimum (perhaps I should say - "bear" minimum) we could take and still manage. It has made things much tighter for us and we have had to scrimp and save and inject a hell of a lot of our own money into the renovations, with every bit of monthly leftovers going toward it. While much harder to do and far more compromise in result, we are likely in a better financial position if the interest rates rise, than those who got what they wanted now, by pushing their loans to the maximum.

The current economic structure is always going to boom and bust, as that is how it is designed. With each boom, those with get richer, and with each bust, those with collect more for the next boom. This means that there is a narrowing of those with and an increase of those who are increasingly squeezed out of economic availability and opportunity to becomes those without. There are opportunities to improve the situation, but when they arise, the average person fucks it up and wastes it, by acting as if the conditions of plenty are never going to hit another downturn.

Due to a host of reasons in the global economy, we are entering into a period of time that is quite unprecedented and we are likely going to see a massive shakeup in the world. I think that a lot of people know this, yet are not preparing for it in any way, as they do not know what is going to be the thing that hedges them against the volatility. I don't know either, but one thing is for damn sure, I don't want to be caught with my pants down and full of debt when the bears arrive, I want to be able to both stand my ground and run simultaneously.