The old economy of Lambo

The photo in this was taken in Krakow, Poland - I was there for a blockchain conference and while there was a lot of potential, ultimately the project has failed in ways that would consider it a failure. I think a lot of projects are going to be dealt the same fate, though I am sure that out of the group of failures, many will be wildly successful as wealth generators.

Back in 2009 on January the 3rd, the genesis block was released, which signaled the start of the end of the economy as we know it. That was almost twelve years ago and not much has changed, but wait for it - soon. 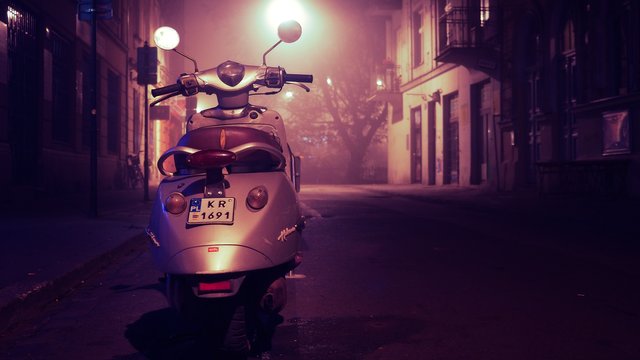 One of the reasons that not much has changed is that we have been schooled and conditioned for so long in the concepts of the traditional economy, that we shape anything new into a reflection of the past. We can see that now as BTC makes a bit of a run, where people are talking about Lambos and islands and how they are going to position themselves as a winner in the economy - the old economy. It is to be expected, what else do we know?

But sometimes I get the feeling that it is like the fossil fuel mining industry, where we know how ultimately bad it is for us as a species, yet we keep looking for more efficient and effective ways to mine it, so that we can keep churning profits. Efficiency isn't about changing the game, it is about optimizing the game - the flaws of the game still exist.

Crypto is a game changer only when the game is actually changed and in this case, that means the economy that has been progressively excluding participants. Bitcoin was a response to this, but if it is used in the same way and has the same rules applied to it as the current economy, it will become just another function of it, not a new game at all. what this means is that like early adopters into a new industry, some will get very wealthy, what they have actually done is bought a seat at the table of the economy, not set a new table for others to join.

I think we can all agree that the current economic processes are not working and will never work, as the mechanisms will keep rewarding those with and punishing those without, continually driving value toward the peak through the capillaries that suck from the base. The most value adding innovation over the last few decades are built to do just this, drain as much value from the masses and drive it to the narrowing few. Eventually, it would end in a monopoly with one owner, if allowed to run its course, but it will end up in violence well before that.

The problem is that this is the game we play, one where we want as much as possible in relation to those around us, without caring if we need it or not. Does anyone really need 100 million a year for their job, when the lowest paid in the same corporation might be on 20,000? Is anyone worth 5000x more than another employee in the same company? But, we will defend this - just in case we will ever be in a position to earn 100 million a year.

Out of curiosity, in regards to your current job and salary, what do you think you would need to do for a 5000x payrise?

But, wealth distribution is crazy talk - because people think it is taking from the rich and giving to the poor - without recognizing that it should be a core part of the economy itself and a process that adds value to that economy. this is why there doesn't need to be a reset, there needs to be a wholesale change in the economy, because the current process isn't about distribution, it is about consolidation of wealth.

The problem I think stems from a disconnection between wealth and reality and I don't just mean the derivatives market. Trade back in the day was where the spear maker swapped their goods with the shield maker, the shield maker traded a shield for some fish. It was about skill specialization yes, but it was about optimizing the quality of life for all within a community. Once the community got too large however, it started to fragment and each participant no longer had to rely on others, there was competition and supply chain management in order to maximize wealth, even if it decreased the potential of the group.

I think that is where our framework has been for a very long time and even though things have improved in many ways and for many people, we are still disconnected from community well-being and potential. We are guided by exclusivity, which is a big part of the reason that people are so intent on division based on arbitrary division. We want to be in a club and we want that club to be exclusive - how many people would want to buy a Lamborghini if everyone on their street was already driving one, if they were ubiquitous?

The thing is, we are divisible in an unlimited amount of ways in genetics and preferences, skills and material goods, but there is one thing that we will always be - and that is living with each other. Sure, you might be living in a gated community, surrounded by barbed-wire and armed security - but is that what you would call good quality of life? For those that live this way now, would you prefer to live in a world where you were free and safe to walk the streets at day and night and didn't have to worry about the ever-present threat to the lives of your children? Or do you want a Lamborghini?

Yep, I am idealistic and do actually believe that a better world is possible - but I am skeptical that we can actually create one, since we behave on the lessons of the current world, we keep repeating the same thing, expecting a different result. Or perhaps we don't want a different result, we want to be winners in the game we have. Beat them at their own game by making even more people suffer in this world - Join their club - That'll teach them.

I think that we are driven by our nature to collect, but in the past we were limited in our capacity to gain access and store those resources. Now, with a disconnection of wealth from reality, we can not only collect from all corners of the world in a multitude of ways, we are able to store them in such a way that we can pass them on down the line for future generations to use to collect more. WE are economic hoarders.

With goods and services, this isn't possible as good will spoil or be superseded and services require skills - both lose relevance. Wealth however hasn't the same limitation as the storage of it is not connected to anything of substance and it can be used to buy anything of substance at anytime. Hoarding a billion dollars of milk doesn't last, the same in a form of money and it can be moved and converted to other kinds of money over time as money changes - but the economy itself doesn't have to change. Just keep repeating the cycle and the consolidation of wealth continues.

Perhaps rather than the symbol of success being a Lambo, it should instead be judged by the well-being of society in general - where there is opportunity and security, where value added matters, but it is in actual relation to the value added to the community health. Does a football player still get 40 million a year while a prominent cancer researcher struggles to get funded?

We all have intuitions around these things, but our intuitions are fed by what we have learned and our experience, making a better way far more difficult to imagine than many people seem to think, let alone implement. If there is a batter way, being successful doing what is already being done isn't likely the way to support the change in direction toward it. But perhaps this is the other problem with the disconnection of wealth from reality, it disconnects us from each other too, making our economic activities independent of our social responsibilities.

It is no wonder we are told not to talk about money.