This morning, the Feed price (that informs the vote values and rewards) hit 2.00 for the first time ever on the Hive blockchain. That is quite a milestone, congrats! This feed price works on a 3.5 day moving average, which just means that it doesn't correlate to the immediate price of HIVE, it balances it out so there aren't large movements up and down and the increase trails behind to produce an average.

I don't know all of the math, but what you will notice on posts for example, is that even though no one new might be voting on them, their value will increase. However, it is good to note that the HIVE distributed remains the same, but the HBD will be increasing also. As well as this, vote values themselves will increase, but the HIVE a vote distributes will remain the same, as it all depends on the vested stake in relation to all other voters.

So to put it simply, a $1 vote might now be a $2 dollar vote, but in HIVE value, they are identical. But, because they distribute some HBD as reward, the HBD will double.

Note: With the same account voting at a higher feed price.

See how it works?

If price goes down significantly, the inverse happens. vote value goes down, the value already on posts go down, HBD foes down - the HIVE distributed remains the same. 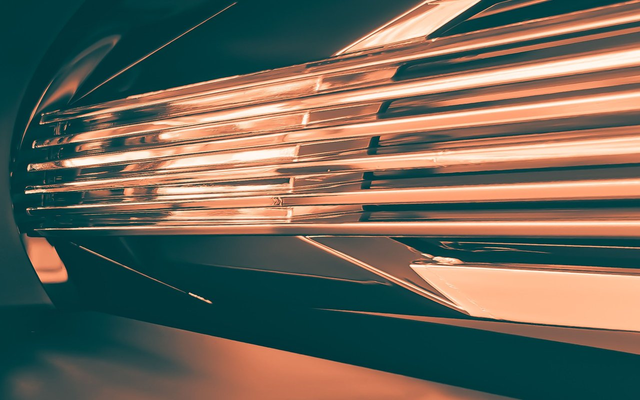 Okay, having said that as a refresher, let's delve into something a bit different.

Because values are increasing, you might have noticed a few things over the last week or so. There are a lot of "returnees" coming back to Hive, people I call "fair-weather" participants. When times are good they come back and post to earn, when times suck, they are ghosts. That is okay - everyone does their thing, but if you are an investor in the platform, your vote is your voice that you can use to influence the success of Hive. Personally, I don't want to support people who are only looking to cash out.

But, there are other things to consider now too.

Hive is no longer a blogging platform exclusively, but the blog side of the ecosystem is visible. This blockchain which is worth close to a billion dollars in current market cap (It was around 1.5B at the high), houses other activity too, the most popular currently being Splinterlands, which is probably nearing another billion when all the different assets and things are pooled together. Plus, other communities, games, projects etc. This means that while very visible, the blog side isn't nearly as important as it once was. But, it is incredibly important because it is the face of the Hive ecosystem and a place where all of the Hive experiences gather to talk about their communities. It is a very eclectic place.

But, with the increase in price and of course people filtering through Splinterlands into the blogging side, there are going to be a lot of noobs who don't necessarily understand all of the blogging-side history. They don't know what a good post is or a shitpost, they don't know about how plagiarism and spam is generally punished and serial offenders are often blacklisted, they don't know what your rules are for your community. All they know is that they have found a place that either supports the community they entered from or, they have heard they can earn well by posting.

The more price increases, the more there are going to be people looking to earn and extract and this is actually a good thing for the blogging side. It might not seem it, but do you remember those numbers from up the top? What this means is that with less HIVE we are able to spread more value to users. For most of the extractors and shitposters, they aren't actually going to be able to get much Hive, as people aren't going to put much value on their posts. That means that considering there is about 150M Hive liquid currently, there isn't really going to be that much more heading to the exchanges.

An easier way to visualize this is:

That is the current rewards fund and its value at the $2 feed price. At the start of the year, that was about the same amount of HIVE, but the fund was worth less than 100K in total, because HIVE was sitting at around 11 cents. To visualize the difference, at the start of the year, based on a single snapshot of the rewards pool, about 1000 people could get a $100 dollar post (not including interest, witnesses etc for ease of calculation). But now, with the same amount of HIVE 15,000 people could have a $100 dollar post.

There are nowhere near 15,000 posts currently that are worth $100 dollars.

This is why you are going to see much higher post rewards on some and lower on others. The thing is, quality really does matter on average. So does relationships, track record, behavior, topic, personality, disposition, engagement and a raft of other community, cultural and personal aspects that people use to evaluate a post's value. Do you have the skills and qualities to attract voter attention?

Why I am writing this is a reminder for the people who have been here for a while as we may have forgotten some of the mechanics of this and for the new people coming in who do not understand why their posts are getting pennies, while some other posts are getting large amounts. For the more experienced people, use your vote wisely and support what and who you think adds value to your investment and experience. For the new people, engage and build a presence here, this isn't a "get rich quick" scheme. Most of the people who you see are consistently getting rewarded well have been grinding for years. Crypto isn't going away - HIVE is a massive opportunity to not only earn, but be a part of a global economic revolution that can empower you and fundamentally change your future.

Many have. So many over the years have wasted their potential here, mostly because they looked short, sold early, and treated the community poorly. This is not an ATM, and while it is a place that protects your right to say and act however you choose, it is not a place that is going to reward you no matter what you say or do.

Freedom of speech doesn't come with the right to earn on what is said. Remember this.

Having said that, for the old timers, be somewhat lenient if you think you are dealing with a noob and perhaps guide them a little toward a better course, or reward them a little for when they are delivering what you would like to see more of. It might not be perfect, it might not be polished, but a little incentive and a helpful word can go a long way to turning a noob into a valuable community member. Four years from now, those people are going to be valuable - if they make it through the bear.

Can't wait for $20 dollar HIVE.
Just think what is possible then....