The will to pay the cost of the game

While everyone is counting their Bitcoin gains, here I am trying to earn a little HIVE, as I have done for almost four years now and have really enjoyed the process. I am not sure what the biggest value point on Hive is for me, but I do like earning and work hard for it. I have never been the kind of person to want to get paid for nothing, so I do what I can in the best way I can do it. I see writing as a creative pursuit, making me somewhat of an artist, and I don't think self-respecting artists like their sub-par performances, even if they get paid. 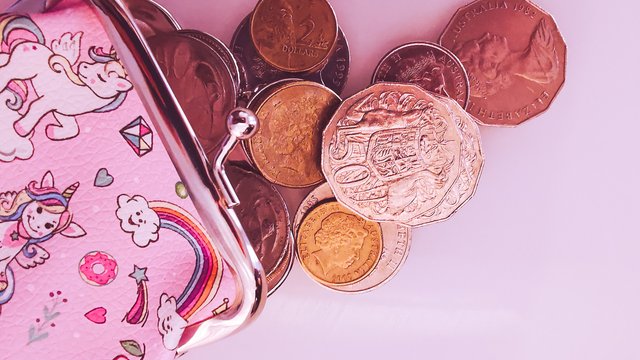 But, poor performance is possibly a more informative result than great performance, because the poor gets dissected and analyzed, while the great gets accepted as such without much thought. It is an interesting inconsistency - we spend more time understanding where we went wrong, rather than working out what we did right.

A lot of people ask me what they should do to be more successful on Hive and the answer is pretty much the best I can give - work. What that work is, might differ significantly from person to person depending on what kind of skills and preferences they have, but at the end of the day, nothing comes for free and to get paid, Something has to be done.

Personally, everything I create is exclusively for Hive, but there is still the cultural sense that people shouldn't talk about their earnings and if like me who earns relatively well, it seems like bragging. It is uncomfortable for me to talk about my earnings, but I force myself to speak about them at a high level at least because I think that there is value in getting some background in what it could take. I find it interesting when people look at the "bottom line" and would like similar, but don't really understand what it has taken for me to get to this point. For other people, it has likely been a different journey.

The funny thing is that there is transparency of earnings on Hive and people tend to be stickybeaks at times, since they don't get to see that much of it in the real world. And a lot of people are quite curious as to what others might be up to. It is a bit of a strange concept to have financial transparency, but I think that if there was a little bit more conversation around it, a lot of the stigma would be taken away and people could possibly start learning from each other, rather than guessing at what others are doing and being filled with some kind of envy of result.

Hive is a funny world in this regard, as while everyone has their own private life of various kinds off Hive - people look at the on Hive situation as the indicator of success. Someone with no HIVE POWER must be poor, someone with a lot must be rich. According to @Arcange's http://hivebuzz.me/ranking, I am the 88th largest HIVE POWER holder on the platform. I find that pretty incredible, even though it has taken a lot of work and foregoing to get to this point. People don't really consider the opportunity cost of work - other than the leisure time they might rather be spending on something.

If my memory serves, at the last All Time Highs, my account had about 15,000 staked tokens in it and was worth over 100K dollars - I now have 11x that amount and it is worth about a fifth of what the total was. That is quite a price retraction over the last almost three years in January, but I haven't missed posting on Hive since some time in mid-2017. Does that make me an addict, desperate, insane?

Perhaps. But I enjoy this a lot. Not just the writing which I love, but also the game of Hive, the interaction, the numbers, the earning - I am not a maximizer by any stretch of the crypto imagination, but that doesn't mean I don't like playing. Don't you like being good at what you do?

How do you know you are good?

There is always a score of some kind, even if it is an internal board based on feelings. I know that I have written some very good posts that I recognized as such, but they earned next to nothing, some of them literally nothing. There was still value in the posts, it just wasn't financial value. What is the value of sitting down at a Playstation for 5 hours of your day, or in front of Netflix? How come as soon as people get onto Hive, they expect a return for their activity?

Ah, your Playstation gaming or Netflix isn't work... And you see the work on Hive as a job.

One thing everyone who posts to Hive for a reward should remember is, no one employed you. There wasn't an advertisement, there was no interview, you didn't sign a contract with a salary and remuneration package attached - you opted-in and chose to post in the hope for reward. You expectations of how much you deserve are invalid and while you are free to question and even influence changes to the system that affect this, at any given point in time, you are subject to the rules of the current blockchain, just like everyone else.

The earlier people accept that Hive isn't perfect, but there is opportunity, the better. The way the blockchain computes today will change at the next hardfork, the culture of the community of people posting to Hive is changing daily. Things change - perhaps there is an alignment problem.

There is about 400M HIVE out there, so if it was worth 10 dollars each, the market cap would be 4 billion dollars worth and the pool of currently about 800K would be worth about 8 million dollars, with a lot of that going to user rewards, through creation or curation. Currently, that same pool is worth about 100K dollars, so expecting to earn significantly off it, is unrealistic.

But, if a person is looking long, perhaps their earnings are significant at the future price. The problem is of course, the people that need the value now. I feel for you, but it really isn't Hive's problem. Without Hive, you would have one less opportunity to earn something, which means you are worse off without it.

Some will say "I can earn more at McDonald's" which is likely true. I used to be a crew trainer at McDonald's and I will let you in on a little secret - it is a good job and you will learn a lot in your time there. All you need to do to get a likely job is walk up to the counter and ask for an application form, fill it out and don't be completely useless in the interview. The pay isn't great but manageable, and your "job" on Hive might not be keeping the ends met anyway. What is stopping you?

Sometimes I wonder if "hustle" is a lost art in this world, as it seems that very few people are really willing to do what it takes to get to where they purport to want to be. If it isn't handed to them, if it isn't easy, if it isn't fun - it isn't for them. This is obviously not just on Hive, as it seems to be a pervading attitude - Everyone is a "get-rich-quick'er" and expect it to come at no cost of capital or loss of opportunity. Another secret -

Everything has a cost.

The difference between many people isn't the availability of opportunity, it is the willingness to pay the cost of participation, to make sacrifices now for a future, to forgo or be uncomfortable, to survive without, to put up with, to adapt, to be patient, resilient - to live in the constant fear that all of what has been done, all that has been gone without - is for nothing.

This isn't the mindset of an investor, it is the mindset of the invested, someone who is fed up with current conditions, tired of the cultural lies and at the point that they ask themselves, there has to be another way. It doesn't mean that way is easy, it doesn't mean that it is without risk and cost - but doing the same thing and expecting a different result is the definition of insanity.

We are all playing games, some play theirs, some choose to create their own.