The wrong way down the consumer track

I was having a discussion in comments with @dandays last night about the differences in costs like rents and fuel between the US and Finland, among other things like medicine and healthcare. Going on the average salary in Finland, Finns should be living in poverty - but are not. What I find interesting is that there seems to be quite a large difference in where people put their money, with Americans putting a lot more into consumables, while Finns are more likely to consume something to their home instead.

I think this might be due to America having a culture of consumption ingrained into it, whereas Finland (it is changing) has more of a culture of conservation. With 5% of the global population, the US consumes something like 30% of the world's resources, which is an indicator of just how consumption focused the US is. It is the largest economy by far which should give it buying power, but it also pays the most per capita for things like healthcare, but still can't manage to cover all citizens adequately, while most other first-world countries manage. 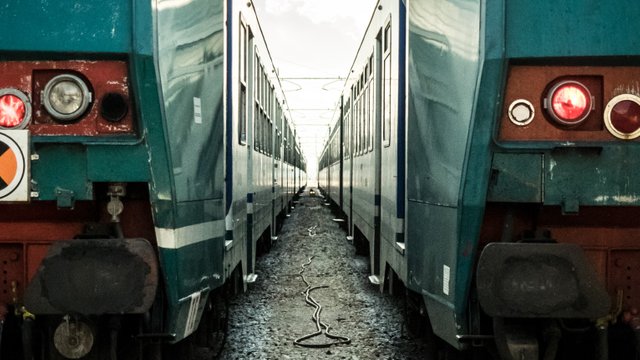 And from a first-world perspective, the US likely has the largest economic gaps between the rich and the poor, which is being put heavily in the spotlight now and can be witnessed as the problem spills onto the streets in various ways. But, it should be pretty obvious why there is such a gap, as to become rich (in general) requires supplying something that people are willing to pay for - consumer goods or services. In a culture that encourages consumption it is perhaps hard, not to make money and of course, once that money train is rolling, it can be used to increase wealth passively through investment vehicles that aren't open to the average person.

When consumers are driving wealth and the supplies can further extend that wealth via investment , there is always going to be an increasing gap between the top and the bottom, as for the top to make more money, they have to extract money from those below. What this means is that while there is a lot of cultural habit intertwined into this, the class gaps are driven by consumption decisions, which is pretty obvious.

Going back to the Finns for a moment, as said, they tend to spend money in areas where they spend the most time, which is their home, as the average Finn isn't overly social and has a small circle of close friends. The secondary circle of friends is far less engaged than it might be in other cultures. This means that what they are actually spending their money on is more likely something that is seen as an investment or maintenance of an investment. This is changing however, with consumption increasing in Finland more, as many have inherited from parents and grandparents that had a very strong saving culture, due to experiencing the hardships of war and knowing what it is to not have resource availability. Now that this generational wealth has been eaten, credit debt is on the rise.

I talk a fair bit about consumer behavior because I have struggled with it throughout my entire life too. I make bad decisions. What I find though is that when people say something like, "I don't have enough to invest" they fail to see that every consumer decision is an investment and all have an ROI of some kind. The "return" however doesn't have to come in the same currency as the cost. What I mean by this is that normally if we invest money into a stock, we will want to be paid in some form of money back. However, when we invest into a meal at a restaurant, the return is the meal that we will eat and whatever feelings we carry away with us - we do not expect to buy a meal for 10 dollars and leave the restaurant with 15, a 50% profit.

I think that this is conditioning-based, where we have been trained to value the valueless, while paying what has value (or potential value) to those who have convinced us to buy their product. We can see it in many forms, for example where we trade our data and access to our minds, for an ROI of likes and stars from strangers - and we think we have made a good deal, because we feel good about getting those likes, even though we are suffering in many other ways. We are distracted.

And I think that distraction from our conditions is the main driver of consumption of no-yield consumables, where we can get something shiny to take our attention away from just how miserable some parts of our life are. We keep buying into the idea sold to us by the suppliers, that the void we feel, can be filled if we just buy their product - and we buy. You know -

We are doing it and we are thinking differently about what has value to the point that we value worthless, at the encouragement of those with something to sell. The history being made is the creation of the largest income gaps and the wealthiest people and companies that the world has ever seen.

Consumption is the driving force of an economy and supporter of the wealthy, as it gives the "down payment" to get into the other investment vehicles to really increase wealth exponentially. But, in order to get into those markets, the initial capital has to be reinvested, not consumed. this is where I think a lot of us as consumers make the error - we see our salary as disposable, rather than the potential buy-in to other investments. Our work is our business, the salary is the cost for our service - but then rather than reinvesting it into a generative asset class, we break the value chain and satisfy our no-yield consumer desires instead. A corporation doesn't have this issue, as it is desireless and single-minded with profits the only target.

I think that this has two effects on the economy that drive the income and class gaps. The first is that we are buying from and therefore financing the corporations wealthy. The second is that due to no available resources due to this, we are not competing for a portion of the wealth generated, which means that there are "less people in the pool". This speeds up the degradation of our value, while speeds up the enhancement of wealth at the other end - so that we are like two trains not only head in different directions, but increasing our acceleration away from each other. The problem is, we are running out of track.

The conditions are not sustainable, but we will not see how fragile they have become until it is far too late to adjust, as we are blinded by the conditioning - if we just work a little harder so we can buy one more shiny thing - we will finally be content.