Value Under the Bridge

It has been interesting to see what is going on in the UK at the moment in regards to fuel shortages, where fuel isn't scarce, truck drivers are. The reason is that a lot of the labor force that used to drive through the country were foreign and now that the Brexit restrictions have come into affect, many have left the country. Not only drivers of course, but it is estimated one million people have left over the last few months, predominantly form service industries and often lower-paid positions.

For all of those people who have said "you come here and steal our jobs" and are out of work, why are you still out of work? People are needed and they are paying a premium for filling the positions now, so get out there. 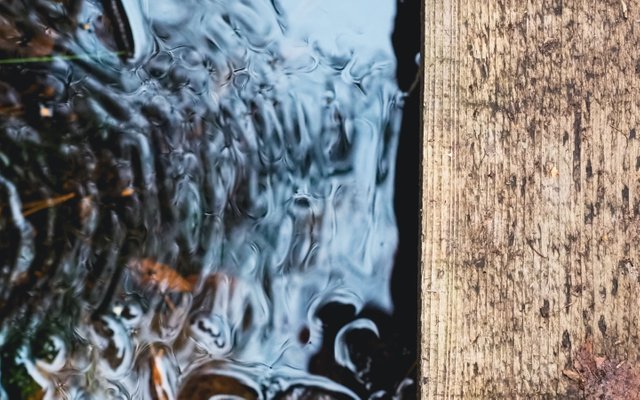 It is interesting that when people make many of their decisions, they don't take into consideration what the knock-on effects might be once the decision is made. At the time of Brexit, I assume people weren't picturing army personnel being deployed to service stations to stop people fighting over petrol, or the prospect of not having enough food on the shelves for a decent Christmas dinner, but that is where they are headed.

While I keep getting reprimanded for "thinking about the future too much" as I am meant to enjoy the moment more, I wonder if those who do enjoy the moments now, have more enjoyment than me on average, as their lives get increasingly hard? It is great to let loose every now and then and splurge, but if that leads to increasing personal resource scarcity, the ability to do so becomes less frequent and more costly when it is done.

The thing is, that once a resource is spent, it does become water under the bridge, but unfortunately, the ramifications of our actions are part of the stream itself, meaning that an upstream event is going to have effects on what we experience downstream. I prefer to solve problems upstream, so I don't go over a waterfall downstream, whereas some people like to float along in the stream and take the "I'll cross that bridge when I come to it" approach, assuming that there will be a bridge at all.

Bridges are built, which means that if we aren't building them ourselves, we are going to have to rely on others to build them for us. That is fine if we have a community that will, but these days, it is becoming rare and we are increasingly finding ourselves losing quality of life ground, with less lifelines hanging into the water to grab onto. and since many are not building for themselves, they find themselves drowning.

It is no surprise that people are becoming more depressed, because as their YOLO lives are turning into barely living, just surviving day to day experience. A lack of planning and a mindset that encourages instant gratification and overspending has led many of into a world where we have been accustomed to getting what we want, but are increasingly unable to satisfy our desires. Our debts grow as we try to keep up, but we are also less able to service them, with less opportunity in many industries to advance our earnings to cover our growing hunger for more. And the more depressed we become, the more likely we are to lose what little self-control we have and binge eat on consumer goods, making the problem worse.

As I keep saying, investing is the future of earning and has been for a while, but most people think they need to earn more in order to do so. They instead use their earnings to meet their desires, rather than using them to generate more income now and better meet their desires in the future instead. They buy little and useless now, forego the ability to buy big and meaningful later.

The fastest way to get a payrise is not to work harder and beg your boss (though that can work too), it is to invest additional income into building alternative income streams. Yet, people will instead use that additional income for consumer activities that bring them close to zero value, meaning that their time is a negative, a cost, instead of time being money. It is interesting what people value and if they stepped back and actually looked at their lives, they would see it too.

A couple hours spent in front of a TV and a coupe of hours spent learning about investment strategies and using small amounts in the markets, is of far more value than watching two movies instead. And interestingly, the people who take the hybrid approach generally end up finding that the investing activity is far more entertaining than the movies anyway, so spend less time consuming, more time generating.

That is the future of us - we are a generative species.

While the time we have spent in the past is water under the bridge but still affects us, what we do going forward is yet to be written in the stream of experience, meaning we can still create new habits if we choose, think again, do differently and change the course of our stream.