With the change toward remote business and schooling, more and more services are going to be pushed online and the more protracted this global event is, the more impact it will have as it becomes the new normal. What is going to be interesting is how this is going to affect education, considering the institutions are already starting to become more irrelevant in the workplace, as automation creeps in and there are less jobs on offer for many of their graduates. A lot of them are in the development stages of having remote classes, which hasn't actually been uncommon in the past, as degrees via correspondence have happened for a very long time. 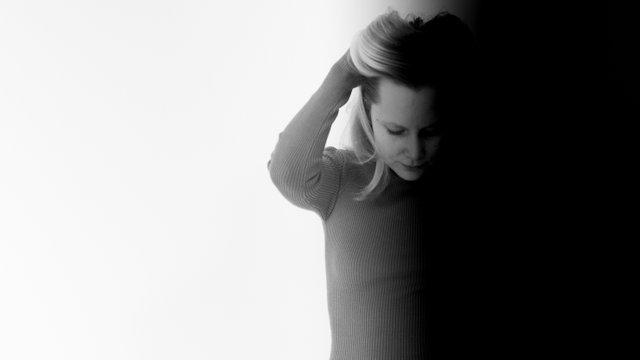 There are many advantages for the institution to be able to offer an online degree, especially for the ones that have a name behind them, like Harvard, Yale, Oxford or Cambridge - and there are benefits for students too that couldn't get an on campus degree under normal circumstances. The problem is that why get a degree from a small university when it is possible from a prestigious one? This could kill a lot of the small campuses.

But it is more than this and any one with even the slightest bit of economic understanding should see the problem. The prestigious university degrees aren't valued because of the education, they are valued because of the prestige associated with the name and this makes them exclusive and the people holding degrees from those institutions, scarce.

Once remote, the cost of education comes down significantly and the ability to scale up increases drastically, meaning that a school can offer a degree to pretty much anyone, anywhere on earth without needing them to ever set foot on a campus. While I am sure that there will be some admission criteria, the economic incentive to "oversell" degrees is so large globally that the large institution are likely to dilute the value of their degrees heavily, especially by offering online courses into countries where there is wealth, but limited mobility.

While it is a good thing that people have access to education, the problem is going to be that the degrees that are valued in the short term are those that were recently scarce. This could result in a market saturation of degrees, making them quite worthless, regardless of which institution they come from. In the meantime however, the schools themselves will be able to cash-in on their reputation, without offering anything of value to their clientele. And then, the courses themselves become ubiquitous, as once they are online, there will be a huge amount of "copy paste" in education around the world, so that there is very little variance in content.

Formal education has to change but replication what they do now, digitally, isn't the change that is actually needed. With automation the biggest risk to the future of employment, the education systems around the world are failing to prepare children for that future and instead seem to be extracting value by giving them "busywork" in the meantime, as there are unlikely to be jobs available for many of them in the future.

I think that some of the discontent in the young is that they have been lied to, where the "get a good education and you'll be fine" line just doesn't hold true to reality. In many countries, not only have many gone through the education, they have had to pay heavily to do so and once out, are effectively slaves to the debt for an education that is unable to provide the value needed to service it.

Push this out into remote off-campus study and while the education might get cheaper in comparison to the tuition fees for on-campus at these prestigious colleges, the inflation in numbers with the degree means they will attract less attention in the job market. Harvard admits about 2000 students a year - what does it mean when their off-site admissions might be 20x that? What would you be willing to pay for a Harvard education, if you never had to go to Harvard?

The cost of tuition, fees and extras for an MBA from Harvard is around $110,000 a year and they say that the median salary of graduates is about 150,000. That sounds like a good deal perhaps, but if there are 20 times more graduates, what happens to the median after graduation salary? We have to think about ROI, don't we?

But, maybe this is a good thing for education overall, as it probably should be that all education is free for all who want to do it, and going remote is a step in that direction. There of course still has to be competition as to who gets jobs, but it can mean that it is more based on ability, rather than wealth or some kind of privilege. With the coming automation of many jobs however, the entire education system might become a moot point, as so much of it becomes wholesale irrelevant over the coming decades.

Education systems are employee creators and that is so a government can gather taxes. This is why corporations have a lower tax rate than citizens, as they are the ones who offer jobs to the graduates that will pay a higher rate of tax to keep the game going. But, automation and AI means that the corporations require less people to generate more income, meaning that less of the income generated goes to employees to be subjected to the higher rate of tax - governments are getting less to do what they do, people are getting less to live - corporations are making more.

Everyone should know, If a business could have a zero employee count, it would.

This is because the law of business itself, as the goal is to increase shareholder wealth and employees are an operating cost. It is also why the supply chains of corporations are continually looking for the cheapest employees, even if they are child labor, as it is all about reducing unit cost to increase wealth. The incentive has never been to keep people employed or keep people doing something that they value and is valued by the community - it has always been to reduce costs to maximize profit.

The education systems have been their source of subsidized skilled labor for a very long time, but they are needing it less and less, especially since the institutions are only providing proof that the person could complete the degree - and then have to be trained by the corporation anyway. Why hire from a prestigious university if a company can identify a solid candidate and train them specifically to their needs? Not only that, they can pay them less because that new employee isn't saddled with a debt from their education.

I think filtering potential candidates is also something that automation is going to be able to affect, as they will eventually be able to buy a complete profile of an applicant and have a far more accurate view of whether the person is suited to their organization - which will be far more sensitive than, "They got a degree from Princeton".

This pandemic is going to have a massive amount of repercussions for many years on many industries and we are only just now starting to see the effects of economic malfeasance. It is all well and good to think that they have "our safety" at heart, but we have to consider the ramifications of our current actions and how they might play out over a longer period of time. One thing is pretty obvious and that is, we can't keep borrowing from the future, yet it keeps happening - For those who keep making this decision, I wonder where they got their economics degree?

We put a lot of value on education because it is important - but over the last however long, we have done much the same as we have done with finance - instead of looking at education as something practical, we have disconnected it from reality and created a derivative instead. While, there is a huge amount of education going on in the background, less of real value is getting done.

At some point, the investment in the education won't be worth the pdf it is printed on.