Why risk it in crypto?

Crypto is a scam.
You will lose all of your money.
Stay away.

These are the kinds of things we here from governments and financial institutions. From within the cryptosphere, we can call it FUD and have a thousand reasons as to why they would be spreading this kind of misinformation, with most of them being for nefarious reasons.

However, do they ever stop and ask themselves why people are willing to "risk it all"? 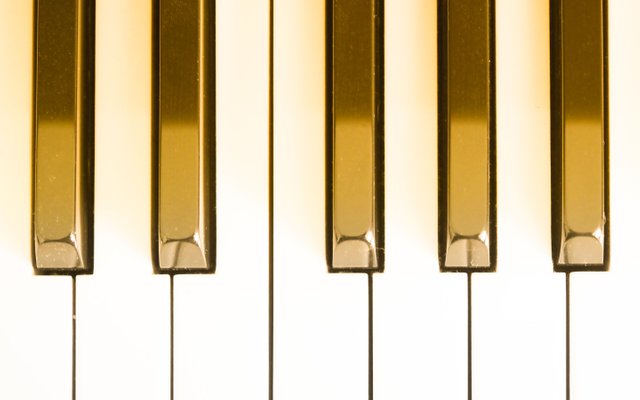 But, if they asked the simple question of why people are willing to risk their financial resources on crypto, they would be forced to see their failings. The reason most people are in crypto isn't out of greed, it is because the traditional economy as it stands doesn't work for them. The economic conditions are failing the vast majority of people in this world, no matter how they strive for better - which is why the "problem" of the wealth gap keeps increasing. It isn't a problem at all, it is a feature of the design.

The conditions are such that money begets money, but there is very little on offer to get the monetary resources in the first place for the average or even above average people. It is a constant grind for almost no reward, taking away the dreams of owning a home, a car, or even having a holiday for many. It doesn't matter how you play the game, because the system is rigged.

So, regardless of the risk involved, an average person can see the chance of inflating their return, to close the ever-widening distance between the top - and everyone else. But, they aren't doing it for Lambos anymore, they are doing it for home deposits, to cover student loans and Christmas presents.

People want a better life, opportunity and the feeling of a little bit of financial security; and the current economic conditions do not facilitate this. As a result, we are seeing more pushback from the citizens, riots and violence, as people who have been disenfranchised and feel they have no other alternative, take to the streets to have their voices heard. However, the people who realize there are alternatives, take to the blockchains.

Bitcoin itself was created as a direct response to the handling of the housing market crisis that led to a global economic meltdown. The system was failing us well before that, but this particular failure was met with the introduction of blockchained economies, and decentralized finance, with them propagating and expanding heavily since that January 3rd in 2009. For the first time, people were able to take control of their own financial wellbeing, without having to rely on a government to do it for them.

It has been almost 13 years since that Genesis block was mined and the world of crypto has changed drastically, but the traditional economy has remained the same. It is not built for the people to proper, it is for the people to serve so that a reducing amount of participants can increasingly benefit. This drives more hardship and division which ultimately leads to a growing sense of disquiet and a search for alternative possibilities.

Humans are born to be creative and take risk, but for most, it requires enough pressure to be applied, as we do not move willingly from our comfort zones. As the saying goes, necessity is the mother of invention and there is a need for economic development, but it is not in the best interests of those who have the power to change, to actually fix it, because they are benefiting from the features if system as is. Even if they would like to have improvements for everyone, they work on incentives and they are not aligned for that to happen.

So, it is up to us. And, this is also why taking responsibility is such a core tenant in crypto participation. "Responsibility" is akin to ownership and we are naturally incentivized to protect what we own or feel responsible for. And this is one of the fundamental flaws in the current economy, as it encourages the ownership of nothing and proxying responsibility to those who do own instead. What is there for us to protect in the current global economy, a system that works against us, crushes us, holds us back from being the best versions of ourselves?

For the greater good?

What is the greater good when all that we get to see is a narrow stream of privileged get rewarded, while everyone else works to craft the reward?

These are questions that should be reflected upon by those who "have the power", but they won't be, so it is up to us to stop proxying them to think and act for us, and work under our own power instead. Money or whatever form it takes for trade is energy, it is power. It can be used in countless ways that influence our lives and when we own nothing, we have too little to trade. This makes us passive agents, servants, slaves to those who have the economic energy to drive us for their own ends, which is inevitably, to gain more power, in whatever form that energy takes.

We can do better than we are, but we have to take a "risk" by backing ourselves to be able to do better than what we have provided for us now. This is the risk of crypto - because if it fails, we fail.

People are scared of failing, which is why playing on our fears is such a powerful control mechanism and so lucrative. Crypto FUD is so engaging and so influential, because most people are triggered by the emotional response of being faced with losing their money so hard, that they fail to see the truth of the matter. What they are actually giving up to satisfy their need for security, is their own economic, personal and community wellbeing, because they think that it is the money that matters.

Money doesn't matter. It is just another token.

It is the utility that matters.

In the current economy, it is used to control people, keep them subservient, aligned to the will and desires of those who hold the power.

However, in the world of crypto, energy really can be created from nothing. New power can be generated and used in ways it hasn't been before. Ways that help us be our best.

They will never ask the question.
Ask it of yourself.