A Shift In Hive's DHF?

Sometimes the biggest changes start with a single instant that can be pointed to as the starting point.

Many of us believe that Hive is rapidly moving to another level. Over time, this is what a blockchain should do. When things start out, they are highly centralized. However, those that are successful will consistently move in the opposite direction. Distribution and a spreading out is vital.

For the past few years, we saw this taking place. It is not quick but rather a slow and steady process. With the introduction of an ever growing layer 2, we are seeing things really change.

The Decentralized Hive Fund is a mechanism that was put in place after the fork from Steem. This is designed to fund projects that will help Hive grow. It is in keeping with the original intent of the ninja-mined stake that went awry with Steemit.

Funding depends up stake weight voting just like everything else with Hive. Some believe this is an issue since the stake can be highly centralized when voting. That is why what we witnessed in just the period of a few days shows a change.

@klye is a long time user of the platform, software engineer, and a Hive witness. However, as we can see, he is not close to being a consensus witness nor one of the "power brokers" on Hive.

Nevertheless, in just a few days, the proposal was able to be funded, almost a week before it was to go live. 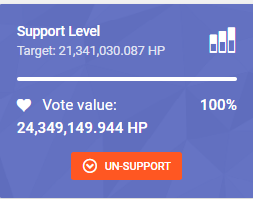 So what does this project do and why is this such an important point?

The proposal, at least in part, addresses the issue of the power down time on Hive. This is a source of controversy so we will be looking at an application that can allow one to get his or her Hive immediately. The idea of @hive.loans is that one can get liquid Hive in return for what is powered up.

Why would someone want to do this?

Obviously, the first thing that comes to mind is immediate need. One has a crisis or something unexpected comes up, and cash is needed.

Another is the fact that traders often like to know this is a possibility. For example, let us say the price of Hive runs 70%. If one has a decent stake, the idea of taking profits could be in the cards. If the Hive is powered up, that is not possible. Of course, there is a charge for doing this but if one is locking in 70% profits, the fees are less of an impact.

This project is open source as evidenced by this post.

Here we see how what is being developed could be a pathway to larger integration. Any project on Hive will be able to integrate Hive.loans into its platform. This could lead to other use cases such as a larger lending or trading platform. The liquid Hive could be coupled with another token to create a system similar to Maker.

Funding Of The DHF

This is the first project that we came across which is looking to actually fund the DHF instead of solely taking out. In another article, I shared how this is a new model that could be adopted by the community. Outside core blockchain coding, perhaps most of what is concentrated on should have the potential to generate revenue for the DHF.

Here we see thinking that is aligned with the long term. Having a DHF that is continually receiving funding from successful projects means we will see the account extending further in the future. Unlike government projects which end up with nothing in them like Social Security, this can insure that developers down the road have access to what they need.

Of course, not every project will fit into this idea. Many deal with protocols and infrastructure which cannot generate revenues on their own. Nevertheless, it is a model that can adjust our focus and the thinking of developers when they put a proposal up.

Opening Up To More People

The key to all of this is inclusiveness. A blockchain that benefits only a few is not going to excel. For too long, this was the view of Hive (Steem). However, the evidence is starting to mount that things are heading in the opposite direction.

To start, we are now seeing a layer 2 that is providing additional wealth centers. A few projects are growing to the point where some have substantial holdings in those tribes/applications. The creation of addition wealth centers is spreading the holdings out, albeit not all in Hive. What this does is it creates the potential for individuals to take an interest.

Governance is an important factor in blockchain. DPoS is very straight forward: it all comes down to stake. However, as evidenced by this, it is not necessarily the stake of the individual doing something like putting up a proposal that is vital. It is the people supporting him or her.

All of this takes time. Yet here is an example of a relatively small stake holder who had an creative solution and proposal who was able to get funded in a matter of days. This will cover the costs of development on something that will benefit the community via the application and likely the DHF with additional monies.

Instances like this show us what is possible. Perhaps we call it a proof-of-concept in regards to the process. The application is obviously going to be rolled out but the truly groundbreaking moment is what else that took place during with this situation.

As they say, Rome was not built in a day. Each time we take another step forward, that is moving us closer to the ultimate destination. There is not one magical action that is going to instantly push Hive to the forefront. Instead, it is going to be the culmination of millions of actions taken over a period of a few years.

With the DHF, we saw a bit of a shift in the DHF. Let us see if we can build upon it.