Another Big Reason Why We Need A Decentralized Application Like 3Speak

We all know one of the main benefits of 3Speak is the lack of censorship. The present video platforms have been censoring people who have a viewpoint different than what the agenda is promoting. This is very dangerious.

However, there is another layer to all this that is not quite here yet but will be very important in the future. 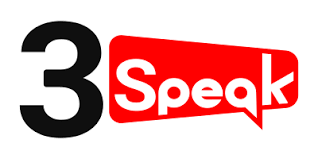 I was watching the latest video put up by @theycallmedan where he mentioned that they are presently working on decentralizing the back end. This is crucial going forward. Presently, most platform house videos using one of the main cloud providers. This means that even if the platform does not want something removed, the cloud provider could simply remove it. After all, it is their servers that are being utilized.

Artificial Intelligence is getting more powerful. It is now entering areas that many people felt was off limits. For example, just a couple years ago, it was believed that those areas where creativity was required would be safe. This is showing itself to be incorrect.

Thus, we are already seeing some capabilities in the arts. AI already created dance moves, pop and rap songs, paintings, and horror stories.

This is done by feeding in hundreds of existing songs, stories, or paintings. The computer then will learn from what is processes to create its own version.

A key component to this is the fact that it is only a matter of time before it is able to create feature length films. Here is where we see things get a bit tricky and why a platform like 3Speak is vital.

What happens when some aspiring start up gets a hold of an AI system that can generate films? It sends the computer to film school, feeding it thousands of hours of video in a particular genre, let's say drama. After a couple weeks, the AI generates a series of films, a couple that the team believes will be successful.

In the United States, the second that film is released, there will likely be a ream of attorneys lining up with lawsuit in hand. They will all be claiming some type of copyright infringement. Anything that resembles something from one of the other films, including actor likeness, will trigger a lawsuit.

Of course, this all would he a negligible point if the laws were clear and concise. Yet, as we know, laws are written by those with the biggest checkbooks. Thus, the large movie studios will do all they can to keep their near monopoly in place. 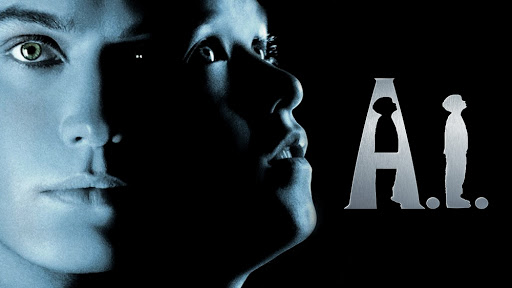 Presently, the United States has more lawsuits filed than any other country and it isn't even close. At the same time, the copyright laws were, thanks to a push by Sonny Bono, extended, now existing long after the death of the artist.

Imagine the lawsuits that will be filed. We will see the companies that write the software sued. The producers of the films will be hauled into court. The platforms that are hosting them will get removals notices. The list will only keep going.

Decentralization and open source makes all of this moot. If the entire process is under this framework, from the software used to create the films to the platform housing it, then there is no single point of access. Who does one sue in a situation like that?

Ultimately, the legal framework is ill-equipped to deal with what is happening technologically. It was already behind times with the technology that is in place today. The advancements we are seeing only adds to the gap since we can feel confident the fossils who make up our present political "leadership" have absolutely no clue what is taking place. While they finally mastered Twitter, AI is starting to generate digital products that are mind-blowing to those same politicians.

The other piece to this puzzle is the fact that incumbent organizations that are being disrupted technologically always turn to the regulators and courts as their defense. Rarely do they innovate their way out of things. Instead, like the record companies in the early 2000s, they start the lawsuits flying. Of course, that example also shows how fruitless that was.

Now imagine if Napster was a decentralized organization and the songs, instead of being downloaded, were housed on decentralized servers and people simply listened to them instead of viewing.

Certainly, artists should be rewarded for their creation. Unfortunately, with archaic copyright laws and the Internet, things are much different than they were a couple decades ago. The Internet is the world's biggest copy machine, that anything on there can be easily duplicated.

One big advantage to a platform like 3Speak, along with the entire Web 3.0 concept, is that people can be rewarded for their efforts while also not stifling innovation.

By the way, here is a video for anyone who thinks this is a bit outlandish? It is nearly four years since IBM's Watson generated the first movie trailer.

The next few years will see this get even more powerful.