Blockchain: The End Of The Nation-State

We are at the very onset of a technological shift that is going to completely change the world. It will take a number of decades to emerge, perhaps even drifting into the next century.

Nevertheless, what we are seeing is going to rank up there with a host of revolutionary technologies. 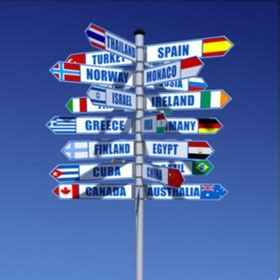 It is easy to believe that what we know is all there is. Those things we grew up with that do not change is accepted as standard. However, we know, from history, this is not the case.

There was a time, 500 or so years ago, where the average person could not comprehend life without Lords or Knights. They, along with the priests and Bishops, were the power center.

At that time, the form of governance was the feudal state. It was a combination of the government and Church. Often, those in charge were high ranking members of both. This is how the power center was structured.

In addition, this structure made the flow of information very difficult. Most were uneducated which meant dependence upon what they were told. Word of mouth was really how news spread. It was also local since travel was rather limited, at most 100 miles or so.

Therefore, it was very difficult for revolutionary ideas to take hold. Those in charge could easily wipe out any dissidents since it was hard to form a large coalition. "Recruitment" had to be done orally, in the physical present of others.

This, naturally, created a point of vulnerability. Anything that was starting to gain momentum was met with force. The relationship with God was completely controlled by the Church. Also, people's relationship with each other was under the hand (and sword) of the Lords at the time.

What changed all this was the printing press. Someone in the 1500s could not envision a time when this innovation would obliterate that form of government. Yet, this is exactly what happened.

The Church was the most affected since it monopoly was broken. It is no coincidence that the rise of Martin Luther occurred during this era. His success was due, in large part, in the ability to duplicate his message. What took weeks before now could be done in a few hours. Plus, the message was identical with each new iteration. Anyone who played the game telephone as a kid knows how it can change when repeated many times.

Information is a critical component to change. Its flow is what can upset things tremendously. Before this technology, it was very slow to reproduce and still tightly controlled. Once the press started to become widespread, we saw how things could change greatly. People became more educated since there was stuff to read. More importantly, messages could be passed on without people physically being in the presence of others.

Of course, like today, those in power realized the danger this posed. Isn't it ironic that the printing press was attacked by the Church? It realized what this could do once the relationship with God was out of its control.

Blockchain Will End The Nation-State

It is equally has difficult for someone to see how blockchain can disrupt our form of government. This is no different than someone living in the 1500s. Since it is all we know, and seemingly all powerful, there is no way we will have a time without it.

Nevertheless, history shows up exactly how this does occur. Technology is often more powerful than we believe and this is a prime example.

Blockchain is changing how information is transmitted. In fact, this is something the Internet did, at least early on. Much like the printing press, the Internet sped up the pace which information flowed and put it out of the reach of centralized institutions. Alas, over the last 20 years, we saw a reversal of that.

What we are seeing now is the next generation of the Internet. This is being established in a manner that does not allow it to be overtaken by the present establishment. Instead, through distributed operations, we see how messages are able to get through, unimpeded.

This poses a major threat to the nation-state concept because that model of governance was designed to rule over people. The Internet introduces a completely new form of interaction. With advancements in AI, we are seeing the formation of a time when most of the interactions will be between machines.

Here is where blockchain is set to excel.

Blockchain applies to more than just information. This is what makes it such a threat.

Presently, we are seeing the introduction of Central Banks Digital Currencies (CBDCs). This is akin to taking a hammer to a printing press. It is the nation-state trying to maintain its relevance in a world that is moving away from that.

The threat posed by cryptocurrencies is legitimate. All of a sudden, with a few years, the governments of the world woke up and realized they would not be controlling the monetary system. This is probably how the Church leaders felt when they grasped that their message was being rivaled.

All the assorted forms of cryptocurrency are going to touch every area of life. It is one reason why so many people are optimistic about the potential of NFTs. The fact that we can assign ownership on the blockchain means that humans are removed from the equation. It also negates the need for government offices that record things such as deeds, titles, and anything else it requires.

This, of course, also translates into businesses, with major corporations monopolistic tendencies under attack. There is, naturally, a case that could be made that government and major corporations are effectively one. Their relationship is very cozy, especially in developed countries. This causes laws that contain a ton of "loopholes" which keep those companies in power.

All of this ends with blockchain. Another innovation, the decentralized autonomous organization (DAO) also factors into this. Of course, we can all guess what makes this possible: blockchain.

These are the innovations we are dealing with today. We cannot guess what other use cases will be developed over the next 20 or 30 years. Nevertheless, whatever is produced will not hand more power back over to the established system. Instead, we will likely see distribution pushed even further out.

Things start slowly at first. Even in this era of instant information, it takes a while for things to spread. The pace of cryptocurrency adoption is accelerating. This is going to cause a massive shift over the next decade. Here is where we will see the foundation put in place that will carry us through the rest of this century.

As the decades pass, watch the relevance of the nation-state diminish. Also, pay attention to the moves that are made in an effort to counteract this. We are going to have 20-30 years of cat-and-mouse as governments try to maintain their control.

The challenge is their basic premise of governance is going to decline. Ruling over people is going to be less important in the future as more transacting is taking place autonomously. Under these conditions, the nation-state is out of its element.

Interesting times to say the least.