The consensus is definitely not it.

Is cryptocurrency a threat to the stability of the global financial system or is it something that is going to truly transform it? The answer depends upon who you ask.

People are all over the place with their beliefs. Of course, much of this has to do with ideology or whether one stands to gain in this situation. There are many who are going to end up on the losing end of this equation. For this reason, they are going to fight it at every turn.

We also see a number of people who do not understand what is taking place. This is often tied to generational outlook. It is something we are witnessing with the transformation of work. Cryptocurrency is a technology that potentially can disrupt most industries. Many cannot fathom that possibility. Here, again, we see the need to resist what is taking place.

Some do see what is possible although they understand a lot is still uncertain. It is sad the present SEC chairman takes such an adversarial approach to cryptocurrencies. Perhaps part of that is the fact it is his job. Nevertheless, not all carry that same viewpoint.

Former SEC chair, Jay Clayton, has an extremely optimistic viewpoint regarding cryptocurrency. Since leaving his government position, he is now working within the industry.

We can put Clayton in the camp of cryptocurrencies being transformative.

“I see digital assets, whether [they are] in the form of a tokenized traditional security, a stablecoin or a new type of asset, being part of our global infrastructure,” he said in an interview with Blockworks.

Those who are proponents of what cryptocurrency can do often start with the idea of efficiency. The existing financial system has a lot of friction in it. Is this by design? More likely a natural outcome of gatekeepers instilling themselves in the process. Here is where they ensure they have value, even if it ends up being detrimental to the overall system.

Exactly what form those digital assets will take is yet to be determined. “You need to distinguish tokenization and crypto technology from cryptocurrencies,” Clayton said. “If you look at the prospects for the combination of tokenization and smart contracts in our financial infrastructure, two things stand out,” he noted. The first is efficiency gains that are available in the existing infrastructure and the second is the opportunity that efficiency brings to reach additional markets and create new ones, he added.

Cryptocurrency, naturally, seeks to remove a lot of the "excess" from the system. Since it utilizes blockchain as the validator, 3rd party services are no longer required. These entities can slow down the process while also adding another layer of cost.

As Clayton said, digital assets offer the potential to open up entirely new markets. Innovation is in the early stages, something that will lead to more advanced results down the road.

However, the chorus of naysayers is large and powerful. This is something that the industry is going to have to fight.

Control Or Eliminate It

This appears to be the mindset of many, especially those in position of power. Whether we are dealing with Jamie Dimon, Senator Elizabeth Warren, or Gary Gensler, all believe that cryptocurrency poses some threat to the stability of the global financial system.

Here is where we see the "we must regulate it" idea coming into play. Of course, it might be worthy to point out the fact that we had a lot of regulation in place before 2007, yet the bankers were able to collapse the entire global economy. So perhaps regulation is not a fool-proof way to generate economic stability.

What really is happening is we see a new technology that is a threat to the present system. Whenever something is as disruptive as the entire cryptocurrency industry is, we see a lot of carnage. There are going to be a lot of losers. Thus, any means will be employed to protect what is taking place.

It puts an industry at a crossroads. Do we see forward progress due to the ability to innovate and develop? Or is the process hindered as the same favorite entities are protected, the ones who caused many of the problems in the first place?

If it is up to the individuals just mentioned, we know the answer. Their view is either to control cryptocurrency or eliminate it. Either way, their positions, and their of their "friends", are protected. In other words, it allows for "business as usual".

To this group, they do not want transformation unless it is under their control. Unfortunately, regardless of the industry, disruption rarely comes from within. It is almost exclusively from the outside where this occurs. 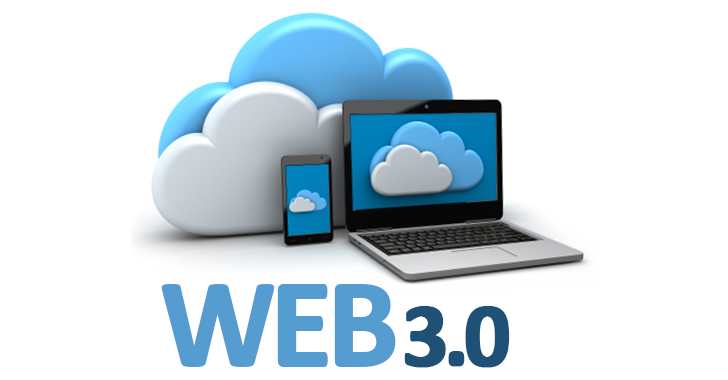 We can get caught up in the definition and views about what Web 3.0 is or what it is not. However, when we move past that, we see how truly transformative this is.

To start, we have people being rewarded for doing that which they were already doing. Probably the best example is gaming, where we see the #Play2Earn model starting to take hold. Billions spend hours gaming, most of them doing so simply for the enjoyment of things. The financial gains were non-existent. In fact, we often saw people spending large sums of money to participate.

That is no longer the case. Blockchain gaming is evolving to the point where being rewarded for gaming is a via approach. It will not be surprising when we have millions who earn their living simply through gaming.

Web 3.0 is also the mechanism that is going to usurp a great deal of what the opponents of cryptocurrency are trying to accomplish. This is the Trojan Horse in the battle. It is a mistaken outlook that is going to seal their fate.

They look at cryptocurrency as a financial instrument. For that reason, they believe that it is part of the financial industry, focusing upon DeFi. While there is that component, that is only a small piece of what is taking place.

Decentralized Finance (DeFi) is not a separate sector. Instead, it is going to be the mechanism that penetrates every industry. We will see this merged in everything that we do. It is going to be a part of the Internet of Things. Social media and gaming will have this woven throughout. All facets of the entertainment world will be consumed with this.

In short, nothing is going to be exempt from it.

Here is where trying to separate and control it is a mistake. The threat exists in the fact that cryptocurrency (digital assets) are primed to disrupt all that we know. The tokenization of everything is not something they are prepared for.

One person's threat is another's transformation. The world is encountering something it never saw before. We are witnessing a complete change in the monetary system. Unlike the last 70 years where this occurred for bankers via the Eurodollar system, we are now seeing it involving everyday people.

It is something the establishment is not prepared for. They are going to use their old tactics to try and stop things. Control or eliminate is their mindset.

The challenge here is that we are seeing the transformation happen on a global scale. Each day, forward progress is made with the industry growing. The numbers just keep growing. Few enter cryptocurrency and then fully leave. Overall, the trend is up.

It all comes down to time. The industry is gaining more power with the passage of time. The longer the establishment keeps going in circles, the greater the more impotent they become.

However, for those who view the flaws in the system and believe better can be achieved, cryptocurrency is the transformation people are looking for.

The next few years will determine how this all plays out. Ultimately, it is probably best to bet on the innovators. Their track record is much better than those who try to stop said innovation.