Cryptocurrency is here to stay. In a roundabout way, this was the proclamation of the United States Congress.

While we saw Chairmen Powell of the FED and Gensler at the SEC both state that the government was not going to ban cryptocurrency, these are hallow statements. The fact is neither of them have the authority to do that. Ultimately, that power resides with the Congress.

A lot was made about the transportation bill along with the amendments in it. Cryptocurrency is attacked in there with proponents arguing how detrimental it is. They are not wrong. However, there is something that is overlooked in the entire matter.

The government wants to control cryptocurrency. This bill is starting it is going to regulate and monitor it. However, what it also says is that cryptocurrency is not only free from banning, it is a part of our system now. There is no need to implement it, that was already done.

This is a major breakthrough. The Trojan Horse arrived. Cryptocurrency is now a part of society. 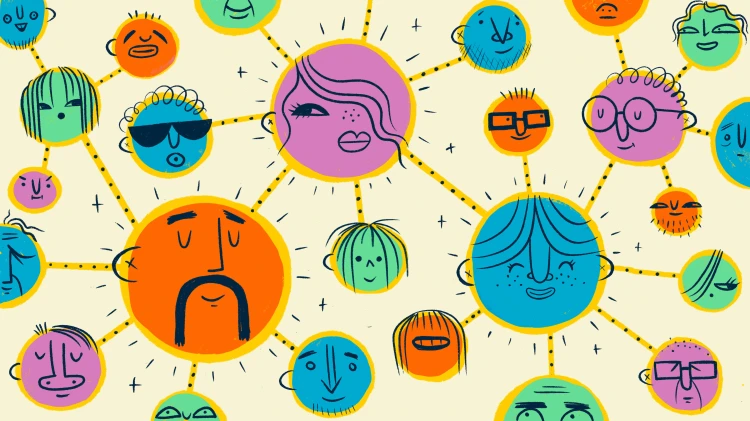 The End Of The Nation-State

In the post Networked-States: The Transition Away From The Nation-State, we discussed how the rise of the Networked State was set in motion a couple decades ago. This is only accelerating as the size and power of these entities expands.

Disruption rarely comes from what is being disrupted. The change of our present model of governance will not take place in the Halls of Congress or Parliament. This will not be done by voters or politicians who have "vision". All are operating within the same system.

Instead, disruption comes from a completely unrelated source. It is often overlooked until it gets to the point it is a threat. Usually, when it is realized, the game is already pretty much over.

Amazon is the epitome of this in the last couple decades. Around 2013, the term "retail apocalypse" was not a term most knew. We were still under the belief that online and retail were separate. Fast forward a couple years and you had the CEO of Walmart, the largest company by revenue, saying that if was going to invest tens of billions of dollars to adopt technology. If not, it was going to end up out of business.

Walmart suddenly woke up. Sadly, for many others, it was too late.

The transition requires a complete change. In other words, a reworking of the entire company. It is not a matter of extrapolating what is present and pulling it forward in a linear way. This is what most do which misses the mark.

It is also what the Nation-States are trying to do with cryptocurrency. An entirely new model was introduced yet they are trying to remain at the same level of operation. In other words, it is akin to Walmart combating Amazon by simply setting up a website. This does not make one a "cyber-company". In fact, many followed this path to failure.

The Nation-State is making the same mistake. Its participants believe that it is only dealing with a brand new monetary system. Again, that is like attributing Amazon's success to having a website.

For this reason, the Nation-State is on the path to demise. The Networked-State in the form of Facebook and other technology giants is already here. These too will see their end after a period of transaction. Some, like Jack Dorsey, understand what was introduced. The challenge is their structures simply do not allow for change.

When the Bitcoin White Paper was released, it set off a cascade of events that are now only starting to play out. This was focused primarily on the monetary system yet it hit at much higher levels of societal evolution.

About 20 years ago, a book became very popular called The Sovereign Individual. This was a tome that discussed the future plight of people and their relationship with the entities around them. Obviously, one major focus was governments.

Satoshi's innovation set humanity off on this path. While the Networked-State was already in development, Bitcoin introduced the concept of the Decentralized Network-State. This took the thinking of many to a brand new level.

Suddenly, the possibilities described in The Sovereign Individual were not complete fantasy. We were given a working model from which to build upon.

A decade later, the notion of transferring value in a peer-to-peer manner seems commonplace. However, 12 years ago, it was a revolutionary breakthrough. While there were other attempts in the past, Bitcoin was able to evolve into a network that was truly decentralized and could not be stopped. Thus, all value could be transferred without a 3rd party intermediary (gatekeeper/rent seeker). It is a concept that is baffling to the establishment.

When an idea takes us to a completely new level of intellect, there is no way for the old mode of operation to exist. This is a point consistently made about the digital world. Not only is it a different world, we are at a new level of thinking regarding the conceptualization of, well, everything. Suddenly, all the old limitations are removed as new opportunities spring forth.

For example, Satoshi brought the idea of Code Is Law into our monetary system. The rules were set forth, hard coded and took a lot to change. All transactions occurred based upon the software running, without human interference. Years later, the introduction of the Smart Contract took this concept to another level.

We are now seeing how a 3rd party "rule-maker" is finding itself under attack. For the most part, this is what governments are.

There Is No Going Back

The invention of the Printing Press hundreds of years ago altered the course of humanity. We saw the same situation repeat itself with the introduction of the Internet.

All throughout history, when something pushed humanity forward, there is no going back. We do not return to our previous state. In fact, after a short period of time, the new technology becomes a part of life. We simply cannot comprehend what to do without it.

For example, consider the prospect of not having a microwave or washing machine. Would most people in developed countries even know what to do? For most, it would require some serious thought of how to handle the situation. The same is true for life without an automobile. Anyone who owned a car yet had to go a few days without one knows what the shock that takes place.

Cryptocurrency and all that goes along with it now uprooted the present financial system. There is no turning back regardless of what governments and the bankers do. They can try to control it yet that is going to be a fruitless proposition. Again, they do not understand the conceptual change that is occurring. They are focusing upon the financial aspect when the technology is moving humanity into a different realm.

Social media did the same thing. Few would dispute that social media is here to stay. It is also evident that it completely changed the flow of information and gave people a way to communicate that did not exist before. This also mostly removed the ability for Nation-States to censor.

Of course, since there is a 3rd party involved, we are not totally free. Silencing of views is still possible, we just changed who has the power to do it. For this reason, we will see the next wave of decentralized social media which is already forming. That will take the ability to express ideas to another level, one that did not exist before.

Once again, this is a concept that we can see tied to Bitcoin and Satoshi's vision. The free flow of data, whatever is represents, is what he/she/they helped to bring to the world. This extends a lot further than just the monetary system, although that is extremely important.

This is something the Nation-State is completely ill-equipped to deal with. For all the jostling around, the sheer inefficiency of government means that it is cooked. There is no way it can keep pace with the accelerating advancement of technology. At present, we see tens of thousands (if not hundreds of thousands) of developers building upon this foundation.

All of this ensures there is no turning back. Out of some of this comes novel ideas that are further leveraged. This brings about more change which only furthers the separation between the present state and what is being created.

For now, the Nation-State will have the most difficult time keeping up. However, do not presume the Networked-States will keep pace either. While they are orders of magnitude more advanced than Nation-States, they still will be lagging.

As we progress further, the numbers will be against them also.

Indeed the digital world is improving daily. Satoshi introduced a decentralized financial system but with time users understood that the public blockchain has its disadvantages and thus privacy blockchain joined the race. Multi-chain assets, peer to peer, DAO, and many other innovations shows that cryptocurrency and blockchain is here to stay

Very well thought out and articulated. There is a silent submission on the path of Governments that crypto is here to stay, and we have won. It is funny really, because we have tried to explain to people the folly of trying to stop a superior technology. Now they realize this and are scrambling to control as best as they can. Let's see how that plays out too

Let's see how that plays out too

I am not much of a gambler but my bet is on the developers.

We can develop faster than they can regulate.

Looking forward to more articles on this topic.

Most of the crypto related social media tends to be centralized as well right now. It's why I am looking forward to Project Blank.

That is where they all seem to gravitate towards.

Sad really because if they all jumped on the decentralized applications, it might overrun the Web 2.0 to the point they felt it.

Again, they do not understand the conceptual change that is occurring

I believe they understand it and this makes them fear it even mode because of the amount of power it holds by being free from their control.

They understand but they just rather fight to accept the inevitable.

I disagree. If they understood it, they would not be taking the actions they are. It is a full blown, paradigm shift of the abstraction. This is hard to follow, especially when you are mired in the present system and doing rather well their.

Power provides a blind spot to most.

Congratulations @taskmaster4450! Your post has been a top performer on the Hive blockchain and you have been rewarded with the following badge: