Decentralizing And Distributing For Resiliency

Is cryptocurrency ready for attack?

At this moment, it is questionable whether it could withstand a full onslaught from Wall Street if colluded to wipe out cryptocurrency. Naturally, this would never happen since Wall Street firms are already immersing themselves in this realm. Thus, while some might attack, others will defend.

However, this is the same situation we see exhibited on a regular basis today. Cryptocurrency is changing the world, hence it is up to us to design something that cannot be attacked. Bitcoin started the process and, from what we can see, it looks like it is able to take on all comers.

After more than a decade in the wild, Bitcoin keeps chugging along. With each increase in hashrate, that system gets a bit more resilient. That is key.

Ultimately, resiliency should be a natural part of cryptocurrency since decentralization provides that. The fact there are attack vectors shows we have a lot of work to do. 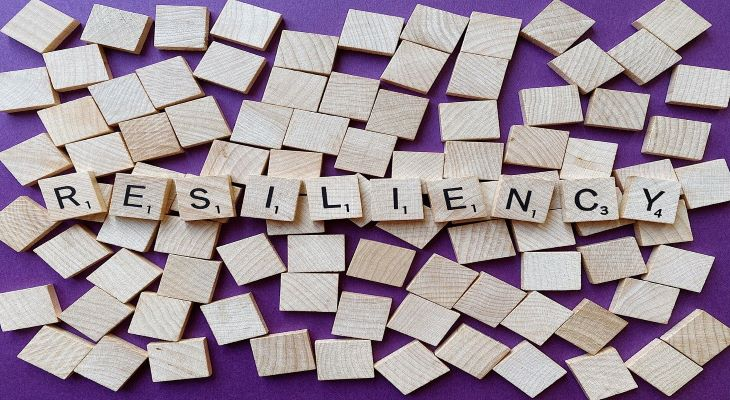 It is well known that centralized system are more efficient, at least in the short term. This makes sense because when you have a top-down system, decisions can be made by a smaller group of people. Plus, the tighter control allows for things to get done in a more rapid fashion.

Decentralized systems are much slower. They tend to be clunkier especially in the early days. Without the centralized planning, the inefficiency really shows through.

What is provided, however, is resiliency. When we operate with decentralization, the structure tends to go horizontal. This is where attack vectors start to diminish. It is a situation that is compounded when open source software is part of the equation. Here we can see the ability to spin up multiple front ends, all tapping into the same data.

Therefore, it is in the industry's best interest to start decentralizing by distributing power. Hierarchical, top-down system are fragile. They can be toppled in many ways. This is something we need to prevent.

Resiliency comes from innovation. Over time, those companies that keep expanding into new markets and creating new products or services succeed. The proverbial one trick ponies tend to get washed away, especially when technology makes them obsolete.

With cryptocurrency, we certainly adopt the bottom up approach to innovation. This is a powerful mechanism that should not be overlooked. With decentralized system, anyone with an idea can bring it to market and test it out. Since things do not require permission, it is simply a matter of opening it up to the wild.

After that, it is up to the market participants to decide what is embraced.

Nevertheless, the net result is a great deal of advancement. Due to the amount of creativity being applied, decentralized systems tend to surpass those which are centralized. The challenge for the latter is size ultimately becomes inefficient. There comes a point where the advantages centralized entities has becomes a liability.

Here is where decentralized systems can overtake them.

It is survival of the fittest: the weak truly die off.

There Is Nothing Stopping DeFi

Decentralized Finance (DeFi) is going to take over the world. Here we see a prime example of some of the largest companies in the world that are coming under attack. There are trillions of dollars at stake and we need to be prepared for battle.

Not only can DeFi be more efficient at providing the services the traditional financial does, it will also innovate at a quicker pace. The fact it removes layers of friction in the transfer of money as well as other vital services, is a major starting point.

As we distribute financial activity over a wider array of applications, the points of vulnerability diminish. Many ask why do we need so many blockchains and cryptocurrencies? The obvious answer is resiliency.

We know much of it will not carry a great deal of value. In fact, the majority of projects will fail. However, the same principle of decentralized innovation applies here. Essentially, the industry is strengthened the more that is put out on the open market.

DeFi will spread to almost every website. By tokenizing, it allows for people to enter the financial realm. When the coins/tokens gain further distribution, that makes them more resilient.

This only adds to the entire system.

Of course, at the core of this is utility. Without that, not much can take place. We see this in operation now where we have a lot of stuff that basically does nothing. What can you use that token for? If there is no answer for this, it is vulnerable.

The benefit of Hive is that it follows this pattern. There is no company behind it or large stakeholders in control. Here we see a level of protection not afforded other cryptocurrency entities.

That said, it does mean our approach is very convoluted. In other words, we are all over the place. Nevertheless, we are starting to see a resiliency to Hive that doesn't exist in a lot of other places within cryptocurrency.

Due to token distribution along with the decentralization of nodes, Hive is at a fine point. This is not to say that we achieved anything because this is an ongoing process. Nevertheless, each new wallet that powers up some HIVE tends to change the governance model slightly.

For its size, there are a number of applications being worked upon with some potential. This is where we can see how things could change. The fact that Hive excels at account management will make it an attractive system to tap into. While others are still dealing with difficulty in this area, Hive already solved it.

In the end, those ecosystem that have a large degree of decentralization and distribution will fare well. Here is where we see the foundation for cryptocurrency since, without it, attack vectors are evident.

The task now is to just keep building and moving in this direction. That should be the goal for the entire industry.

Absolutely correct. You summed it up well.

I feel if the crypto gets the acceptance in Asia, Africa and South America, the other big nations would be forced to accept the crypto at grand scale. So the adoption is the only way to combat with the forex pairs like USD, GBP especially GBP which adds no value to the world economy yet it is priced very high. I think we even need more crypto there.

We need to see adoption come from both developed and undeveloped countries. Obviously the bar is set lower with the latter.

However, we need adoption everywhere to overwhelm the governments.

In other words, we are all over the place.

The fact that Hive can be tapped onto with no upfront capital is huge, the pain to raise a few $ to participate is eliminated. This makes it easier for us to be all over the place for anyone willing to get onboard.

As for resiliency, we just can't be resilient enough, we have to keep strengthening our defense mechanism in protecting what we own.

It is an overlooked concept. There are a number of games that people can start with maybe a nominal fee. Plus anyone can comment which only helps to add to the pie.

If the Cryptocurrencies arrived to revolutionize the world financial market and although there is still a lot of work to be done, we are on the way to improve everything related to the economies.

It is a long term process. No doubt about it. We cannot simply just turn on the lights and all is fixed.

This will take another couple years before we have the basis to make a solid move.

It is survival of the fittest: the weak truly die off. — I guess this where the resiliency action word comes from . For Defi platforms, it is the resiliency that really nails the final blow to the coffin when attaining ultimate sustainability .

There has been a great deal of innovation in the crypto industry lately and I am happy that Hive also is evolving.

Naturally, the old system is starting to die because more and more people are looking at the high potential that cryptocurrencys have and one of the most important, to me actually is, transparency in transactions between people and that, these people attacking cryptocurrency really hate, is transparency between transactions that can be executed and regulated by people in governments took steps to erase corruption in the deals that governments want to do

We can already see with Blurt and Steem who went back to centralised systems that they don't work and collapse!
The future is Defi! I want more tokenisation!! lets do it!

I agree but it does look like centralization might end up happening anyway. I see that Splinterlands has chosen to build its own node validator system to avoid pushing everything onto the chain. So I still think there are some downsides to all the decentralization but it's better than what the system current has for us.

Many ask why do we need so many blockchains and cryptocurrencies? The obvious answer is resiliency.

Despite its origins as a military communications network, the Internet was decentralized so that communications could take place in the event of a nuclear first strike. If a normal route was knocked out, the message would be re-routed to a channel which survived the strike. Today, if an EMP takes out Facebook, that's it for people using Facebook.

Decentralization is still needed in as many areas as possible.

I am tbh much more satisfied with HIVE ecosystem than any other eco system available atm. Seeing everything this close the bond between users and the community is something to cherish for out in here. And when it comes to security of the chain and the token I believe there are countless entities who will come forward in case sth unholy happens. Well, we have seen sth similar like Steemiiiiii.
Well, I am super bullish with HIVE & the eco system on it and getting them as much as possible.