DeFi: The Next Generation Of Financial Disruption

We are witnessing a major paradigm shift taking place. This is one of the most powerful things the world has seen and few are paying attention. Of course, that is usually the case.

The cryptocurrency industry is getting slapped around right now. It seems like not a day goes by without a story about some exchange freezes withdrawals. Liquidity issues are all over the place.

This is commonplace in a bear market. Those entities which are generally not strong will have their flaws exposed. We are seeing this taking place at a rapid rate.

As stated in other articles, this is of benefit. Cryptocurrency needed a "cleaning out" process. Bear markets have a way of doing that.

It is not difficult to see all the FUD that is being generated. However, it is vital that we look past that.

Over the next decade, we are going to see Decentralized Finance (DeFi) explode. The opportunities presented are going to overpower the traditional financial system. 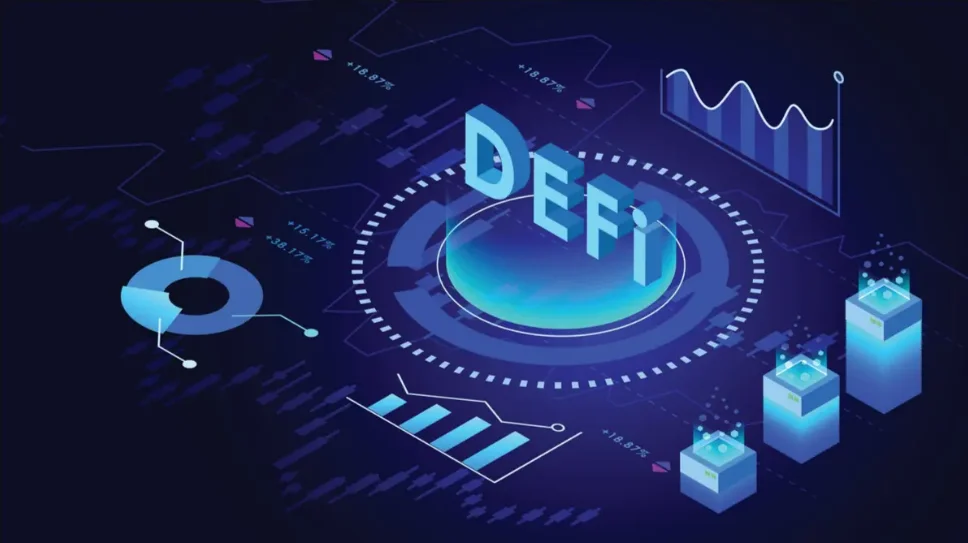 In the United States, the banking system use to dominate the mortgage industry. This was something that went on for decades. If someone was looking to buy a house, he or she went down to the local bank to get approval on a loan. Business was done in person with someone that was known.

Financial Technology (FinTech) really changed that. Instead of going to a physical location, people were able to use applications to access these services. Also, since banks did what most incumbents do, that is to adapt slowly, startups were more creative and flexible, taking over the market.

At present, almost 70% of the mortgages in the United States originate outside the banking system. Most of that is done through applications such as Rocket Mortgage or Quicken Loans.

Through technology, companies such as this were able to offer a better service. When it comes to mortgage applications, they are open 24/7. People could get a pre-approval in seconds, any time of the day. No longer did "banker hours" apply.

The results are obvious.

We saw the same thing take place with the equities market. At one time, there were humans on the floor of the exchanges doing the trading. This is no longer the case as computers took over.

Another change is how individuals purchased them. Decades ago, one would pick up the phone and actually call his or her stock broker. With the advent of the Internet, platforms such as E*Trade took over. Entities such as this appealed, originally, to those who required few services (data) but simply wanted less expensive trading.

The impact here is that most stock trading now comes with no commissions. In the 1980s, it was not uncommon to pay between $50-$100 per trade.

Technology disrupting the financial world is nothing new. There were a lot of changes over the last 20 years.

DeFi Is The Next Generation Of Financial Disruption

We are dealing with hundreds of trillions of dollars at stake. Here are a some figures:

The last 20 years saw a fierce battle as the establishment tried to fend off new technology. As we pointed out, this led mostly to failure.

We could be embarking upon a period where the is all ratcheted up a notch or two. The numbers keep getting bigger meaning the incentive to enter is mouth watering.

Decentralized Finance is going to be able to instill itself in many of these markets. Banks have long served as gatekeepers, charging a fee every step of the way. Because of the technology of blockchain, we see the potential to offer better services without the massive fees.

This is going to cause a major shift within the industry.

Many of the failures in cryptocurrency come from the failure of entities to have liquidity. In other words, the fact they are custodians of money is the shortfall.

In the future, the custodian of money is going to be a rarity. Certainly there will be a generation gap whereby the older ones will still gravitate towards the centralized entities. Those who adapt, however, will enjoy the benefits of DeFi.

Look at the list again. Most of that, if not all, can be swallowed up by DeFi platforms. The technology of blockchain coupled with cryptocurrency provides transparency, faster settlement, and less expense.

All of these are going to make DeFi options very appealing. Of course, like the mortgage industry, these applications are open 24/7.

It doesn't take long to realize how fierce the attacks are on cryptocurrency. There is a good reason for this.

The threat posed by cryptocurrency in general, and DeFi in particular, is enormous. We are in the early stages yet the picture is clear.

Decentralized Finance is going to cause major disruption to the global financial system. Hence, governments who are accustomed to categorizing different entities under regulation are going to be impotent. DeFi operates outside their reach.

This is nothing. Anyone who follows our conversations about the Eurodollar System and ledger-based banking understands that governments were powerless over much of the financial system anyway.

Sadly, few are aware of it.

Nevertheless, what they are presently controlling is coming under attack. History shows that standing up to things via regulation or laws is rarely effective. In the end, technological advancement usually prevail.

Decentralized Finance is the next evolution of financial technology that is going to disrupt the entire segment. As the digital world becomes an even more important part of our lives, DeFi is going to integrate itself into everything.

For now, we need a lot of infrastructure built and for platforms to expand. This is not an overnight process but, with each DeFi transactions, we move one step closer.

The "retail apocalypse" surprised a lot of people as online shopping put a dent in the revenues of physical establishments. We can conclude something similar will happen in finance.

There will come a day when everyone wakes up to the carnage created by Decentralized Finance.

I couldn't be happier about that. You probably know by now how much I love them...

I'm curious though how payment systems will be integrated into DeFi.

Payment systems are already standard since they are part of blockchain. We can send coins/tokens from wallet A to wallet B.

That part is already taken care of.

DeFi is still in its early stages. We're learning what works and what doesn't from the failures of 'established platforms'. It's a new tech so it's going to take some time. However, the potential it has is quite massive as can be seen by the stats. Too bad, governments can't currently solve the puzzle of having a piece of the pie, can they?

Too bad, governments can't currently solve the puzzle of having a piece of the pie, can they?

Yeah it is heartbreaking. So very sad for them.

Perhaps we can buy them a cake to offer our condolences?

Absolutely! I'm sure that they'll greatly appreciate it.

true, in some ways this shakeout may pave the way for defi on Bitcoin, it helps Bitcoin do it right. You should read my Bitcoin Lightning, Sedgwik, Taro post.. it's short and to the point.

The traditional banking system is already in the past, there are new ways to get how to finance a mortgage as you indicate in your publication. Technology is taking giant steps into the future

I am not sure it is in the past since they are still very powerful.

It is going to take generations for people to move away fully from banking. People are just accustomed to using them.

They are seeing their own futre and it is bleak.

The future of crypto is DeFi. Always on keen on increasing my portfolio on the non-custodial wallet from https://atomicwallet.io/, regardless of tbe market condition.

Custody is part of soverignty and safety

The opportunities presented are going to overpower the traditional financial system.

How I wish to see the dawning of such an age.

Look at the list again. Most of that, if not all, can be swallowed up by DeFi platforms.

Yes, those numbers are mind-blowing! If DeFi can really overtake them, that's a dream world come to reality.

Hence, governments who are accustomed to categorizing different entities under regulation are going to be impotent. DeFi operates outside their reach.

For so long, we have been living in the age of government omnipotence. How I long to see that such pretension to knowledge and control will soon be exposed as they really are.

Things we love to see in the crypto world . Evolution is a continuous process and it seems to have impacted the financial world also . Change is inevitable and constant, these traditional financial institutions had better brace up to slow down on their controlling and regulation excesses.

They will need to adapt, change or die.

Very smart, because self custody is the solution to centralize exchange failures

This is really huge!

i agree 100% that defi is a huge disrupter, and I think the greatest potential of it is to decentralize power. Banks control us because of their economic power and monopoly of the money supply. Cryptocurrency and especially defi break that monopoly.
If I was a conspiracy therorist I would think that the failure of all these lenders is planned , to break the back of defi and it's threat to banks and the status quo.

I would be interested in your reaction to the confluence of Bitcoin Lightning, Sedgwik and Taro in becoming the next big defi disruptor. I just posted on it.

DeFi is definitely more than just a crypto buzzword . DeFi is emerging as an exciting new financial technology taking on the centralized banking and finance sector. Unlike traditional finance, where a company, bank or fund is responsible for your money, with DeFi, only you, the investor, are responsible. It uses a combination of existing blockchain-related technologies like digital assets, wallets and smart contracts to create a financial ecosystem primed to bypass banks, brokers and exchange ; basically, anybody or anything that traditionally manages and processes financial services.