It seems hacks are a part of life in the digital world. Ever since the Internet went mainstream, this is certainly something that happens with regularity.

Cybersecurity is one of the fastest growing fields and will remain that way. As more of our world goes digital, protecting ourselves is going to be vitally important.

Security is not something the Internet is known for. Since its inception, security was rather lax. The protocols really did not provide much of a wall against intruders. Thus, we came to depend upon 3rd parties.

Blockchain helps with this somewhat. While not the ideal solution, it is a step up. There is no honey pot on a decentralized system to access. We see this with cryptocurrency. While the media makes a big deal about crypto hacks, those are mostly tied to centralized exchanges. They contain the honey pot that will allow hackers to clear out millions of dollars.

Yet, after 12 years of being in the open, the Bitcoin blockchain has never been hacked. At this point, it is also likely impossible to wage a 51% attack. 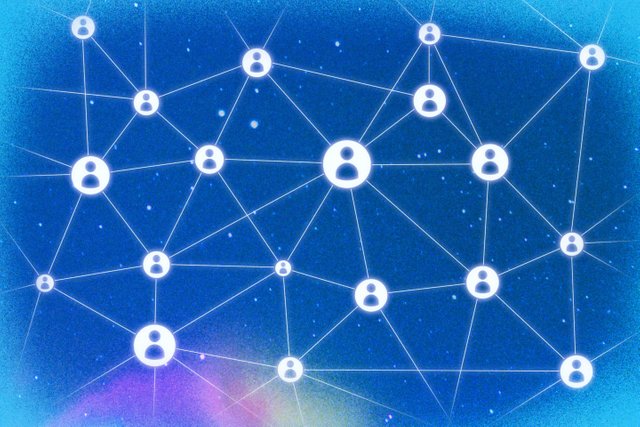 The existing social media structure is not serving people very well. As we know, the user is the product, meaning all activity that occurs on the sites are sold to advertisers. This is big business and allows these companies to pull in millions of dollars.

At the same time, we saw how they censor opposing points of view that go against what they want promoted. This means that these entities literally have the ability to condition what people think through the algorithmic programming of what they see.

We now can add the fact that personal data is online for free to the list.

It was announced that Facebook was compromised putting the data of half a billion users at risk. This is more than the entire population of the United States, by about 50%. 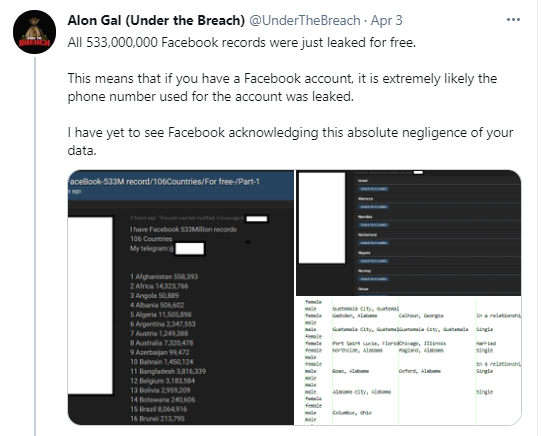 Not surprising Facebook is not openly acknowledging what took place. It claims that there was a problem in 2019 which it fixed. However, it now appears the data of more than half a billion users are on the Internet, open for all to see.

The reality is that companies have done a terrible job with protecting our data. Hacks take place on a regular basis, with companies usually being very slow to respond publicly. They try to hide the fact that it took place and minimize how many were affected.

Governments tend not to be any help either. Instead, they just turn a blind eye instead of financially harming these entities. In the U.S., companies could be fined up to $10,000 per account. That would put Facebook out of business.

Instead, this will simply be a footnote in history. Facebook will suffer no consequences as a result of their behavior. Rather, the users are the ones who have to deal with the outcomes. 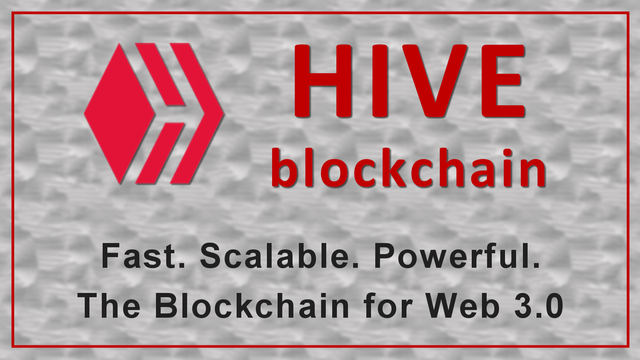 Here we see another advantage to blockchain based social media. In addition to all the other benefits touted such as the beginning of Web 3.0 and immutability, a platform like Hive offers increased security.

Like Bitcoin, the blockchain is not easy to hack. With it updating every 3 seconds, the data is always in flux with the block validators in constant communication. This means that anything that is out of alignment with the consensus is rejected.

We also see the sign up process being much different than with the traditional social media platforms. On Hive, one can sign up for an account without revealing all the personal data. At the same time, tracking is not done like we see on those platforms. Since advertising is minimal at most, the idea of selling data is completely foreign to these applications.

Unfortunately, security, or a lack thereof, is something we are becoming immune to. Hacks occur with such frequency that we simply accept them as a way of life. While that might be the case, we should expect more protection.

Nevertheless, this is one of the problem with 3rd parties. When they put us at risk, there is little we can do.

As the mountain of evidence grows against the centralized social media platforms, we should be able to leverage this for our own benefit. Blockchain offers a viable solution for some of these problems. With a key system, there is no central repository for hackers to access to gain control of an account. Instead, one has the ability to protect him or herself from outside threats, at least to this degree.

Obviously, dealing with keys is a pain, especially for newer people. However, it is much less of a hassle as compared to dealing with something like identity theft.

The bottom line is that for all their faults, centralized social media entities simply are not secure. Twitter was subject to a Bitcoin scam a number of months back when well known accounts were accessed and Tweets sent out promoting the fraud.

We just keep getting more examples piling up of what is taking place. Centralized social media is harmful to people.

Perhaps a few will start to learn.