Have You Accepted That Crypto Will Give You Financial Freedom?

They all tell the same story. It is one where each of us are changing our lives, forever. We are no longer playing according to the same rules as before. That system was based upon scarcity; this one so much more.

Have you ever heard what happens to most lottery winners?

If not, it is really a tragic story. Those who win large sums, life changing money, tend to end up broke within 5 years. What was a rags-to-riches story ends up returning to the rags.

How can someone who was destitute get millions of dollars and still end up with nothing?

The answer to that question lies in between their ears. 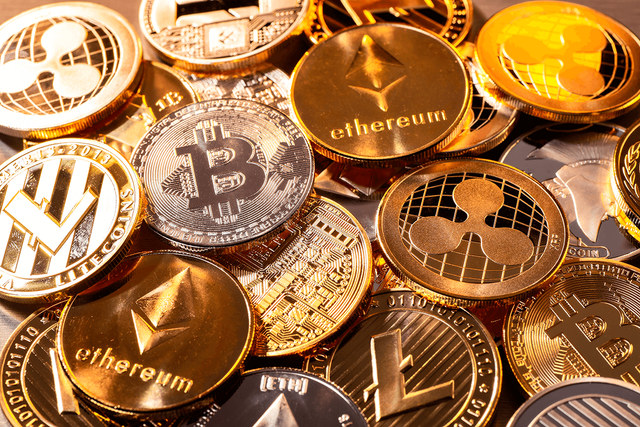 In reality, wealth is a mental game. It is one where what takes place between our ears is a representation of what will happen to us. With the lottery winners, even though they suddenly had money, they still have the poverty mindset.

These individuals, when receiving vast sums of money, did not go out and buy wealth building assets. Instead, they purchase what represents wealth to them. This means the new cars, jewelry, homes, and clothing. Most of this stuff decreases in value the second it is purchased.

At the same time, due to a lack of financial education, they are susceptible to the actions of nefarious attorneys, accountants, and money managers.

There was an article that was posted by @mindtrap that really put one through an interesting exercise. It is a worthwhile read and something to ponder.

Here we see another example of how our approach to things is an inside job. Would you sell in that position? Where would you dump your tokens and take profit?

Our beliefs determine how we behave. They are a way for us to shortcut our decision-making process so as to be able to operate in an ever changing environment around us. These reference points serve to guide us.

The problem with them, when it comes to money, is we are often conditioned in poverty. Since we operate within a scarcity framework, we see people exhibit the same behavior even when they are operating in abundance. This is why people still feel inferior even when they have plenty of money rolling in. Thus, they have to "wear" it for all to see. It is a psychological way to compensate what they view as shortcomings.

Of course, these are present even without the money. In fact, it is also one of the main reasons why people do not accumulate. They buy into some internal belief that tells them they do not deserve it.

Therefore, we have to analyze our beliefs around money, wealth, and the accumulation of it.

With cryptocurrency, the opportunity is there for everyone. Here we see an industry that is ever expanding, providing people with even more choices. Many of them will provide a terrific windfall.

Mindtrap's article discusses the price of a token up in relation to Bitcoin. Thus, the focus was upon price. We can go one step further with a system like Hive. Here we have the ability to not enjoy the market-driven run described in that article but also increase the number of tokens held through our activity.

Thus, before the 100x runup, we have the possibility of doubling or tripling the number of tokens held. This takes a 100x and turns it into a 200x or 300x move based upon the money we put in.

Many people opted to do this during the 3 year bear market.

Have you accepted that crypto will give you financial freedom?

It is an important question. Many will be quick to say "yes" because, well who wouldn't? However, if we look at what people truly believe, things could tell a different story.

Are we still hung up on the fact that this might not work out? Do we spend our time waiting for "the shoe to drop"? Are we still negative about what is taking place? Is our short-sighted view telling us that this will not work out?

These questions help to delve further into what we truly think. Of course, others can often determine this simply through our actions. Those who understand this is a pathway to financial freedom operate in a completely different manner as compared to those who are still questioning it.

What is ironic is those who believe it, will make it come true. As for those still questioning, the clock is ticking on their chance to start accumulating.

During the bear market, many people left cryptocurrency. Those who were here spent the time being active, growing their accounts. We now see many returning. The problem for them is they lost those 3 years. However, even more importantly is, do they still carry the same outlook? If so, the next bear will cause them to exit stage left, just like before.

We still live in a fiat driven world. This is not going to change for some time. Thus, we are confronted with the opportunity just described.

By being active, we can enhance our returns in terms of the number of tokens help. Here, we can take our stake and add X% to it over the next year. We also have the opportunity that the value of the token, in fiat terms, will also increase. Thus we are left with outsized returns.

When this happens over the course of a number of years, the numbers can change radically. What was once a small pile of money suddenly becomes a lot larger. Hundreds become thousands; thousands become tens of thousands.

Eventually, if we are building and growing, perhaps we are confronted with Mindtrap's dilemma, watching millions become a billion.

Even if we fall short of that end, the reality is financial freedom is available to all of us through cryptocurrency. The question is do we truly believe that. If so, this will be reflected in the actions that are undertaken on a daily basis.

It is time we accept that this is what is being offered to us all.