Money Talks: Being An Example For Others To Follow

We all heard the lines. Cryptocurrency is a scam. It has no value. There is nothing backing it. It is worthless.

For many of us whom approached friends and family, we are now thought of akin to the crazy uncle who everyone tries to avoid at family gatherings. We become that "crypto guy" (or girl) who wants to talk about nothing other than the opportunity in cryptocurrency. People look at us like we are trying to get them to join Amway.

Of course, this is an outdated view. 2020 saw a massive transformation within the cryptocurrency industry, with major institutions starting to take it very seriously. It is not something that can be brushed aside anymore.

Nevertheless, we know that most people are still ignorant to the opportunities and operating under misguided information. It is unlikely we are going to be able to convince many of the benefits. Instead, we will have to show them.

This is where we can become a shining example for others to follow. While they might believe the programming of the media about cryptocurrency, as they say "money talks". When one suddenly has something concrete to show, people start to listen.

Fortunately for those who will follow, it is still the early days. There are plenty of opportunities arising where people can essentially get in on the ground floor. This will continue for some time as innovation keeps taking place.

Many of my discussions center around the idea of building our "bags" to the point there, with the next bull run, things will change greatly for us. Naturally, monetary units vary from individual-to-individual. Whereas someone who is out of work thinks in ten dollar increments, someone like Jeff Bezos does the same with tens of millions, or even billions. Whatever the denomination, there is a level that we can hit which gets the attention of those closest to us.

In the United States, as an example, it might be tens of thousands of dollars. Elsewhere, someone might be a superstar with a few thousand dollars. Either way, it is up to us to provide the path for others to follow.

What if you suddenly had crypto holdings that were worth enough to "brag about"? This certainly would disprove the idea of cryptocurrency being worthless. We all heard those stories of so and so who made a killing in some stock. He or she was able to get in early, when the price was a few cents and it mooned a $100.

The point is we can be the person they are talking about.

Certainly, there is not the need to become wealthy (again a relative term depending upon whom we are talking to) although that could be in the cards. That said, if we hit a number that gets attention, suddenly we are not like the crazy uncle. Instead it becomes "there's Joe, he's making good money in that cryptocurrency stuff". Imagine being able to tell them that you made ten grand simply from playing games online.

We are all aware there are many who are positioned well for the next bull run. Some of the people we interact with on a daily basis might become wealthy with even a percentage of a run similar to 2017. Today, this idea extends far beyond Bitcoin. In the early days, many questioned that. Yet, those who were holding some Bitcoin in 2013 are now very well off, if they still have it.

The key is we are seeing so many different opportunities arising. It is through the multitude that big numbers can be achieved over time.

There is the idea of getting rich one penny at a time. Most of us scoff at a penny, simply stepping over it. At the same time, we sometimes take the same approach with some of our rewards. We get a token that is seemingly worthless and cast it aside. This is a failure to implement a valuable lesson on our part.

There is a story about how Warren Buffett, the best investor of the 20th century, was riding an elevator up to his office and on the floor was a penny. He was not alone, there were several executives in the lift as well, but none took notice of the shiny penny. When the doors of the elevator opened, Buffett leaned over and picked up the penny to the shock of the executives. As he left, without turning around he held the penny up over his shoulder and said “The beginning of the next billion.”

Certainly there is value in compounding. Understanding what a penny can become is a valuable mindset to have. Over time, a penny can triple or quadruple giving us something bigger. What does a penny turning into a nickle do for us?

On its own, pretty much nothing. The big advantage is that we can accumulate as many pennies as we want. A penny a day gives up $3.65 for the year. If we are able to build things up to where we can get 10 pennies a day in passive (or minimally active) income, then we are up to $30.65 for the year.

Turning this to cryptocurrency, depending upon the token, this amount could be further expanding by a 5 or 10x in the token price. That certainly is not unheard of. Now our few pennies a day are worth hundreds of dollars.

We are seeing thousands of opportunities emerging within the cryptocurrency industry. There are somewhere around 5,500 tokens listed on Coingecko. I cannot begin to tell anyone what the majority of those are. It is likely that most have little to no future. However, each of them is an opportunity, even if for trading only.

The same thing is occurring in the area of layer 2 tokens as well as NFTs. We are going to see millions of different things tokenized, all which present opportunities. Some might only go up a few cents, others could moon. Of course, the key is to avoid the stuff that goes to zero.

At the end of the day, we all have a story to tell. The most powerful approach is to not tell someone what to do as much as explaining what you did. Success tends to breed success simply due to the fact that most start to follow those people.

"After all, if that knucklehead Joe can do it, so can I." 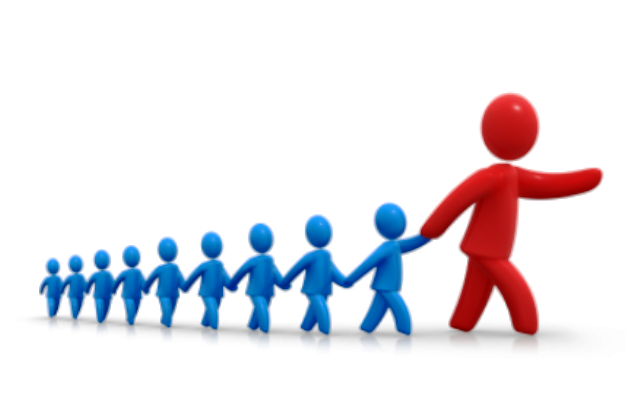 What is most interesting is that we do have a build in advantage within cryptocurrency as opposed to, say, the stock market. In the later, price appreciation is most often required. The stories told are about buying in to Amazon at $100. With cryptocurrency, we are dealing with a different animal.

Those who are active are able to see their bags growing without price appreciation. Through one's efforts, rewards come in many forms. Tokens keep popping up all over the place, providing a payout. This can be from a reward pool, a return for staking, airdrops, or a host of other activities that transfer tokens to people. We even see the ability to tokenize our computers through automation such as mining or providing storage/processing.

Many have pointed out how difficult Hive is to understand. It takes a while to figure out what is going on and how things operate. That is without a doubt a problem area. However, if we look at it from another viewpoint, we can see how naive this can be.

How long does it really take to have a decent working knowledge of Hive? One probably can get a good handle on things within a few weeks. This will not make one an expert but he or she would know the fundamentals of how it operates and what one needs to do.

To many that is a long time. However, if we view it from the perspective of accumulating assets that potentially could keep growing and providing us a return over the years to come, is it really that much of a hindrance? After all, how many hours do students spend studying to get a degree only to end up as a bartender?

For those who say something like Hive, or cryptocurrency in general, is too hard, they are right. Let them stick with what they know.

In the meantime, those who do invest the time and energy into growing their bags will find that there is a nice payoff somewhere down the road. The stock market creates many millionaires with returns of 10%. In crypto, we are able to grow our holdings at a much quicker rate. Thus, we can see the payoff far sooner even without major bull market runs.

Simply adding through activity essentially gives us pennies to work with. Keeping the process going simply puts compounding in our favor.

And one day, we wake up to realize that we have enough where a doubling of the price has a major impact on our lives.

This is how it works in a world of exponential benefits.